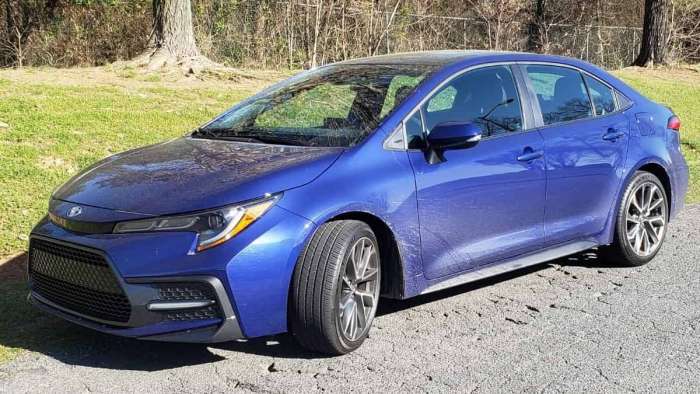 The Difference between the 2022 Corolla SE and the Hybrid trim is only about $1,100. By paying about a thousand dollar more, you get the hybrid Corolla, which gets an exceptional fuel efficiency of 53/52 City/Highway MPG. The SE trim's MPG with the Manual Transmission isn't bad as the the 2.0-liter engine with 6-speed Intelligent Manual Transmission achieves 29 mpg in the city, 36 mpg on the highway, and 32 mpg combined. In some instances I was able to get a 30 mpg in the city driving carefully and economically.

Pricing and Trims of the 2022 Toyota Corolla

The lowest priced Corolla trim in 2022 is the LE trim, listed as $20,625 MSRP and offering 30/38 MPG city/highway. Paying just $3,000 more, you can get the Hybrid LE tri, which will get you 53/52 MPG city/highway. I stress this because with today's higher gas prices it's an important consideration for a buyer. 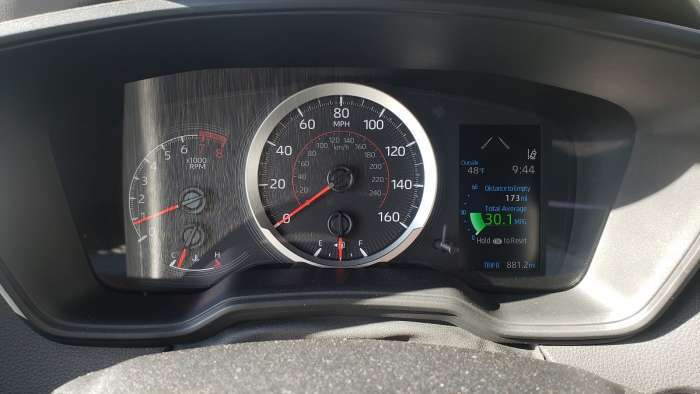 Toyota didn't make many changes to the 2022 Corolla fleet. One of the notable changes is the Premium interior package for the LE Hybrid, which includes a leather-trimmed steering wheel, leatherette upholstery heated front seats and a power-adjustable driver's seat with lumbar support. These are good features to have in a hybrid car. The second change is the addition of new colors to the Corolla family. Now this compact sedan has two new paint colors (Ruby Flare and Windchill pearl, while the hatchback version is now available with a Finish Line Red paint job.

The color of my Corolla which Torque News was test-driving for this review was Blue Crush Metallic.

The Key To Corolla's Success

Toyota Corolla was born in 1966, has 12 generations and has managed to register 50 million units worldwide

The success of Toyota Corolla, born in 1966 and now totally global. Look, it is manufactured or assembled in 16 countries. It will be very difficult to reverse Corolla's success, especially in the Asian markets, where it is sweeping. Perhaps only Tesla Model Y can do it over time. The different generations of the Corolla show in some cases notable differences with the previous one, not only in aesthetics, but also in size, engines and technology, including the change of traction.

It is said that part of the success of the Corolla was due to the fact that it mounted a radio as standard. An element that was increasingly requested, but that was either an extra or the client had to install it as an accessory. But it also had other interesting features, which seem obvious to us today, such as the two-speed windshield wipers or the lock on the passenger door (the left in Japan, since you drive on that side). The idea was to make everything necessary standard without falling into the superfluous.

There are no mechanical novelties, since it maintains the two known options : 2.0 gasoline with 170 hp of power and 200 Nm of torque, with a six-speed manual gearbox or CVT automatic; and 1.8 hybrid of 122 hp of power and torque not reported, only with CVT automatic gearbox. The traction in both options is front.

It should suffice to say that the engine of the 2022 Corolla is sufficient for the day to day driving.

It is also noteworthy that now all versions include a new nine-inch multimedia screen as standard (before it was eight). Likewise, the central includes a new generation of Apple Car Play and Android Auto that are activated without cables to the cell phone. In addition, the wireless cell phone charger is added, although it is only available in some trims. My SE didn't have one. 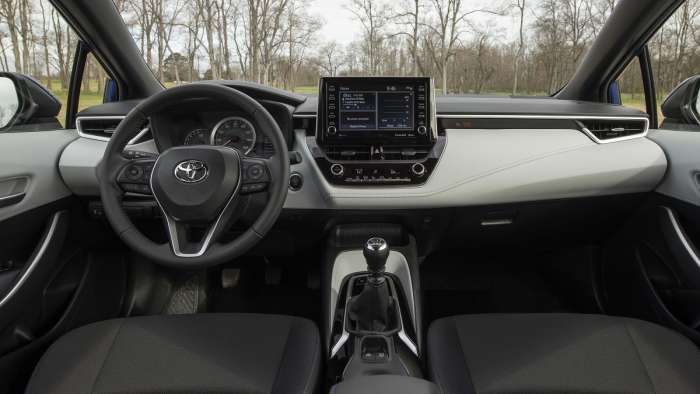 The cabin is not top of the range such as the simple finish of the handles or the steering wheel without contrasting decorations. Of course, all the usual contact surfaces are padded and the knobs have a good touch. The dash's minimalist design makes it easy to locate controls, though I would have liked a little more storage space throughout the cabin. Overall, everything is great for the price. Toyota has found a good niche with its affordable pricing of Corolla.

When it comes to space , the Toyota Corolla is competitive, though it's not the widest sedan in the category. The place for legs is good as well.

On the road the engine is sufficient. My Manual Transmission SE Corolla had sufficient power, but of course it's not a V6 engine. You have to force it from time to time and get used to passing other cars. You also need to be patient to reach high speeds. I like it and this is good. And it doesn't mean it's not a roadworthy sedan. In fact, I would say the 2022 Toyota Corolla is a great car both for a family and for young people, such as students.

Corolla's strong point has always been comfort. This generation, in particular, managed to hunt down the comfort of a lifetime with a more direct handling sensation , which conveys greater precision about what is happening with the wheels even when betting on extremely smooth reactions. 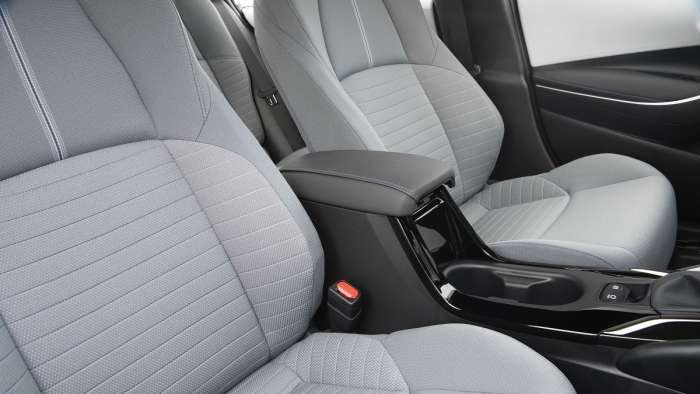 The suspension is supremely comfortable, and I dare to say it's one of the most comfortable M/T sedans for rough streets. I have driven other manual transmission cars from Hyundai. Without a doubt I can say that Corolla's manual transmission is more comfortable and smooth than that of Hyundai's Elantra GT N Line. To be fair to Hyundai, I should stress that Hyundai's vehicle was a sports vehicle and the roughness was characteristic of it. Anyway, Corolla feels solid and bumpy impacts are smoothly absorbed, largely thanks to this version running on 16" wheels, not 17".

In the end, for all its smoothness, the Corolla handles weight transfers well and doesn't make weird body movements when suddenly dodging objects. Its handling may not be very exciting in the hands of enthusiasts, but it is comfortable, balanced and responds as it should in adverse situations.

Still, I think the champion of the economy is the Hybrid Corolla, which I would recommend to buyers. But, if you like driving manual transmission, the SE Corolla is a great car to try. By the way, recently Toyota made changes to the Corolla resulting in the industry’s highest safety rating.