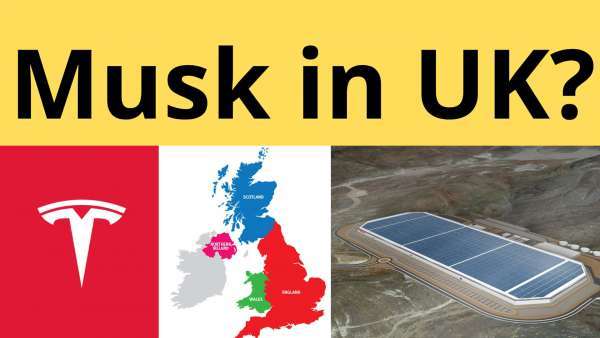 If this is true, Torque News thinks Musk will also visit the Giga Berlin site for an official groundbreaking, as Today Tesla laid the first concrete building the foundation of its first European Gigafactory.

"On Wednesday, at 12:19 pm local time (7:19 am ET), Musk's private jet landed at Luton Airport. At the moment, the purpose of this visit is not exactly known, but in the light of recent events, this is possible in order to consider the sites for the future location of Tesla in the country," reports Tesmanian.

News of the development comes just months after Tesla was forced to halt construction of a proposed 741-acre Berlin Gigafactory after a German courts raised concerns about the impact on wildlife of clearing 227 acres of forest to create the facility.

Do you think Musk will also visit Giga Berlin after his trip to UK?

Tesla-Funded Research Reveals One of The Biggest Mysteries of EV Battery
Tesla Tesla Buyer Nets a Whopping $12,000 Discount After Asking for Reduction
END_OF_DOCUMENT_TOKEN_TO_BE_REPLACED