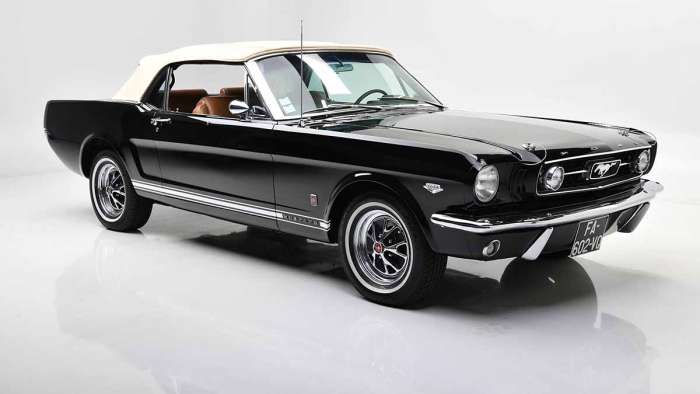 1966 K-Code Mustang once driven by Henry Ford II, 2015 Limited Edition Shelby GT350R that once belong to Jon Gruden and 1967 Ford Mustang Eleanor Tribute Edition are three special Mustangs on the block. A 2019 Ford GT will also be available for bid at the Barrett-Jackson Auction in Las Vegas.
Advertisement

The Barrett-Jackson is heading to Las Vegas June 17-19, 2021. And at this event at the West Hall at the Las Vegas Convention Center (LVCC) there will be some once-in-lifetime Ford collectible vehicles. Any time a K-Code Mustang hits the auction block it yields a pretty penny, but this time there’s an even more collectible K-Code Mustang.

The highly optioned 1966 K-Code Mustang Convertible that Henry Ford II drove around France during the great Ford versus Ferrari Le Mans race will be auctioned off as part of lot #766 at the upcoming Barrett-Jackson Auction.

“We have extraordinary examples of modern and classic Ford-powered collectibles headed to this year’s Las Vegas Auction,” said Craig Jackson, chairman and CEO of Barrett-Jackson. “Among the crown jewels in our Las Vegas docket are ‘The Deuce’s’ ’66 Mustang – which is said to have been driven by him to lap the racecourse during the 1966 24 Hours of Le Mans opening ceremonies, and the 2015 Shelby GT350R once owned by Jon Gruden, a model with ownership originally limited to only Ford family and VIPs.” 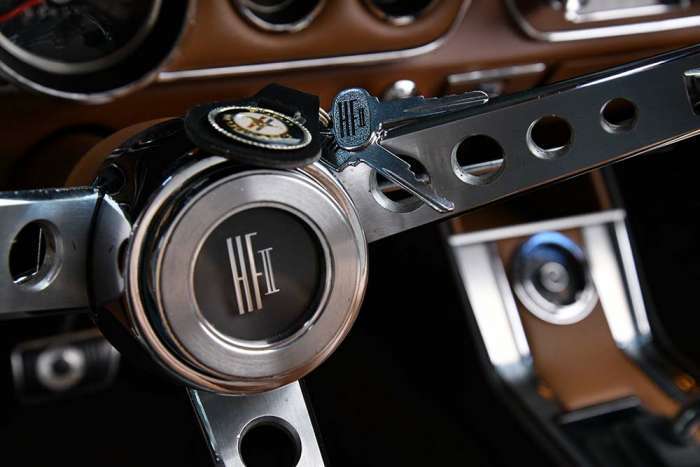 1966 K-Code Mustang Convertible
Lot 766 is a true collector vehicle. As mentioned it was driven by Henry Ford II (Deuce) and it has documentation that reads: "The Ford Mustang serial number 6F08K285715 was the vehicle commissioned by Ford for Henry Ford II during his stays in France. It benefited from a special finish, paint and leather upholstery."

Powered by its matching-numbers 289ci K-code V8 engine. The high-performance engine features a 10.5:1 compression ratio and produces a stout 271hp. The V8 is topped with a 4-barrel carburetor as well as a solid-lifter camshaft, heavy-duty valve springs and high-flow exhaust manifold. Power is routed through a 4-speed manual transmission. 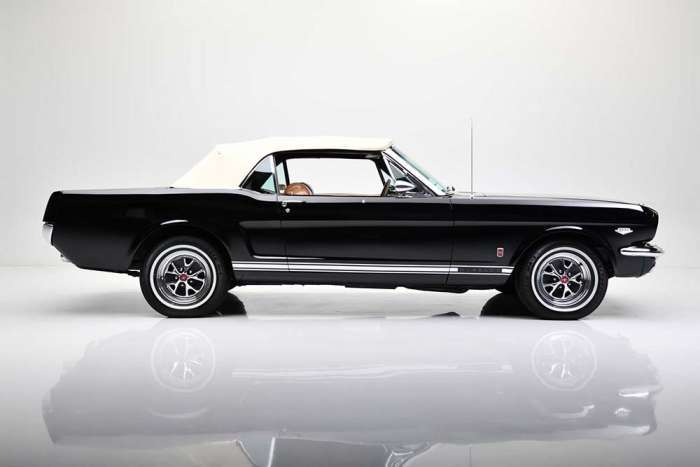 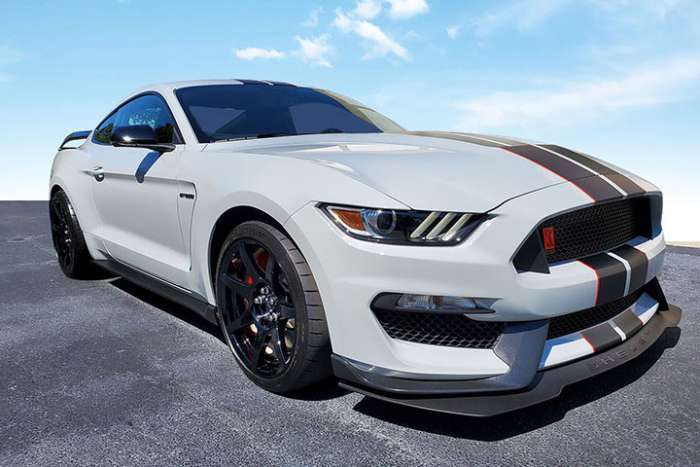 Jon Gruden’s 2015 Ford Shelby GT350R
In 2015 Ford marked the 50th anniversary of the iconic GT350R by bringing back the track-ready pony car. However, only 37 of these cars were produced and Super Bowl-winning head coach Jon Gruden managed to get his hands on one of the 37 units.

This one up for auction (Lot 715) is #10 of 37 and has only 157 miles on it.
Powered by a 5.2-liter V8 engine producing 526hp, it utilizes a flat-plane crankshaft, delivering peak horsepower at 7,500 rpm to an 8,250 rpm redline.
The exterior is finished in Avalanche Gray Metallic with red-accented black racing stripes. Additionally, the GT350R features a carbon-fiber spoiler and grille.

Related story: Why the 350GT was one of the best Mustangs Ford ever produced. 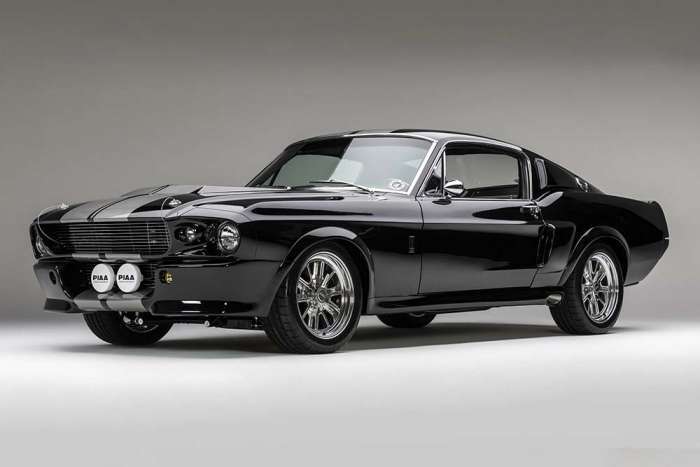 1967 Eleanor Tribute Mustang highlights other Mustangs up for auction
During the three-day event, there are a couple more Mustangs that will hit the block. One of the highlights is an officially-licensed 1967 Eleanor Tribute Edition that was hand-built from a factory build. It was rebuilt from the ground up to resemble the Eleanor car from the movie “Gone in 60 Seconds.”

Lot #725 is another special Mustang. This Fastback is powered by a 600+ horsepower Roush crate engine mated to a six-speed manual transmission. 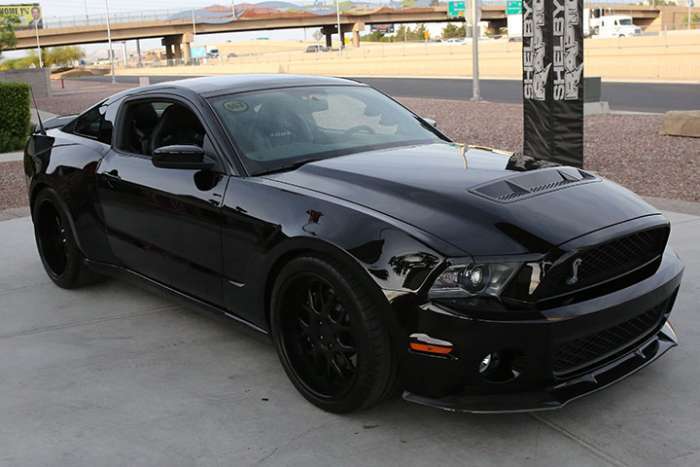 A 1000-horsepoweer one-owner 2012 Shelby 1000 with only 2,102 miles on it will be auctioned off. This Shelby features a glass roof and widebody package.

What’s an auction without a Ford GT and the Las Vegas Barrett-Jackson auction will feature a 2019 Ford GT with only 25 actual miles. It’s a shame that this car was never driven as they’re such an amazing driving machine.

This Ford supercar (Lot #749) is powered by a 3.5-lite V6 Ecoboost engine with a 7-speed dual-clutch transmission. 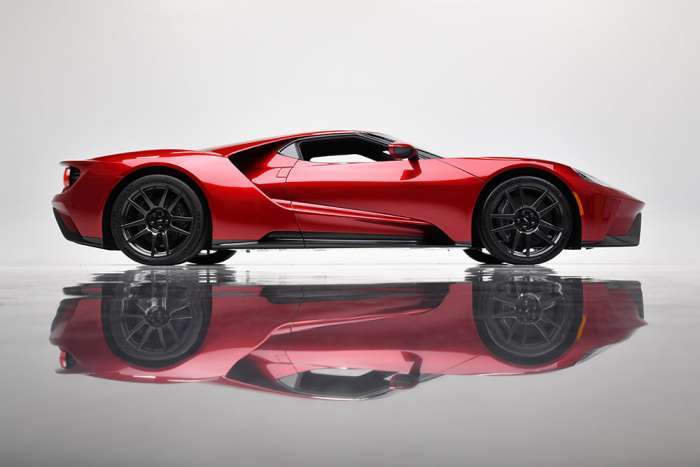 More information on the auction and how to be a bidder is available here. Thank you to Barrett-Jackson for use of their photos for this story. As always, leave your comment below to weigh in on this story.