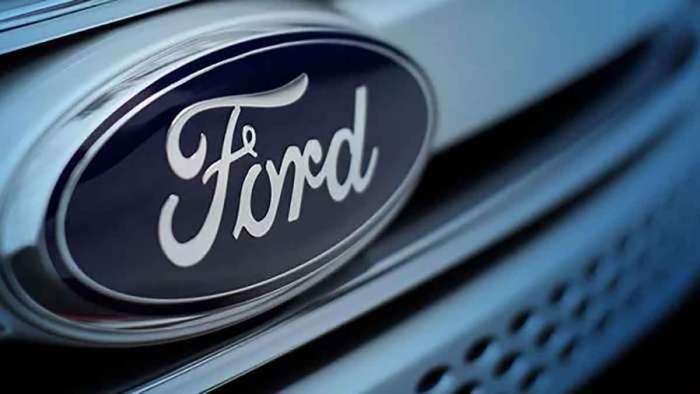 It’s quite ironic that some of the vehicles that drive the people who claim to be tried and true Blue Oval fans the craziest are the same vehicles that have pushed Ford off to a great start in 2021. Don’t look now, but the Mustang Mach-E, Bronco Sport and the Hybrid F-150 are helping Ford to exceed their sales levels in 2019 and 2020.

As Ford just released their financials from the first quarter of 2021, which just ended yesterday, there were a few things that stuck out. Ford’s electrified vehicle sales saw an increase of 74.1 percent with 25,980 vehicles sold. Now that’s somewhat to be expected as they didn’t have the Mach-E available to sell last year as the roll out began this year.

Be sure to check out my full thoughts on the somewhat controversial Mustang Mach-E. As maligned as this vehicle this, it is a vital part to Ford’s success. For true Ford fans, they should want to see it succeed and will be happy to see the sales of the Mach-E continue to climb even if they don’t like the name.

Let’s take a look at more details of the first quarter sales of the Mustang Mach-E, Ford F-150, including the new hybrid engine and the brand-new Ford Bronco Sport. 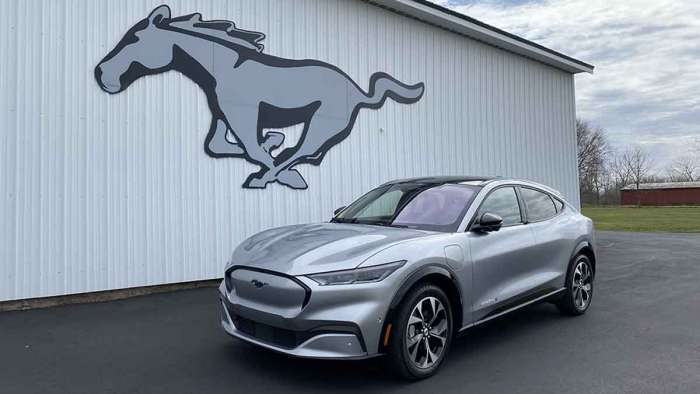 Mustang Mach-E Sales
The most important number Ford released, or at least most interesting to me, was that they sold 6,614 Mach-Es in the first quarter. Ford says that 70 percent of those Mach-E buyers came from competing brands.

My colleague John Goreham has written a lot about the Mach-E and compared it to the Tesla Model Y. He even did a story recently about someone who chose to buy a Mach-E over a Tesla. So those 70 percent new-to-Ford buyers are something Ford executives should be proud of.

Success like that is integral to Ford’s long-term financial success. That’s why, even when the knee-jerk reaction (which I too am guilty of) was to attack Ford for putting the Mustang name on an electric crossover, in hindsight, as I noted in my review, it was actually respectful to Mustang to do so.

Choosing such an established, well-known name might’ve led to the hype and sales. Ford is in business to make money, so it seems that gamble is paying off. Sorry Boomers. If it makes you feel better Ford says, sales of GT premium and high-performance Mustang Shelby GT350/GT500 were up 11.9 percent, as Mustang Mach 1 hits dealer lots.

Obviously the GT350 is now discontinued, but it seems muscle car and high-performance aren’t dead yet, as I predicted by the way. EVs and muscle cars can co-exist. 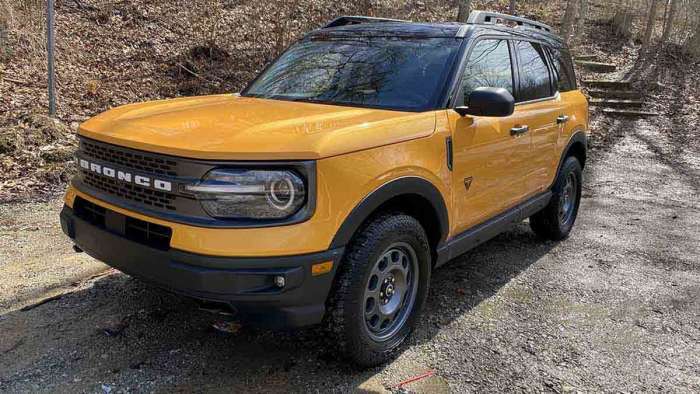 Ford Bronco Sport sales
Another thing that bewilders me is, after all the publicity and hype, that so many Ford fans still think the Bronco Sport is the one and only Bronco. The two-door and four-door full-size Bronco is coming later this year and I anticipate huge sales increases when that happens.

But in my review of the Bronco Sport, I aptly predicted that Ford would sell a lot of the smaller baby Bronco. And after the first quarter, that’s proving to be true as the Bronco Sport has sold 23,356 units so far this year and had their best month with 9,780 units sold in March.

The “not a Bronco” crowd are almost as exhausting as the “not a Mustang” crowd. And so far, those same vocal people seem to be out of touch with what is actually selling. Don’t worry, you will get “your” Bronco in due time.
For now, similar to the Mach-E, the Bronco Brand seems to be drawing in customers from outside of Ford with Bronco Sports sales and Bronco reservations drawing in 60 percent interest from outside of the Ford customer base. Plus,

Ford says that they’ve converted over 125,000 early reservations for the body-on-frame Bronco. 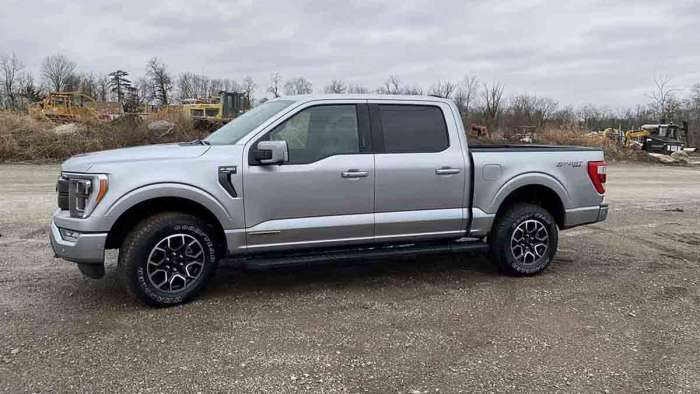 Ford F-150 Sales led by hybrid PowerBoost
My colleague Marc Stern has reported on the semiconductor chip shortage that has led to production delays and plant shut downs for the Ford F-150. This couldn’t have come at a worse time for Ford as they launch and produce in mass their best-selling vehicle and brand new 14th-generation F-150.

Ford will recover from the shortage and get these trucks out to the masses. And as the sales indicate, F-Series pickups were up 9.2 percent overall and 24.5 percent at retail. Ford sold 203,797 F-Series trucks in the first three months, despite the production issues. This helped Ford expand their retail share by 3 percent in the full-size pickup segment.

Once again, the “my truck needs a V8” crowd might push back against the thought of a hybrid F-150, but it has a lot of usefulness and merit. To be honest, while I never recommend vehicles to friends or family, I have told those who are considering buying a pickup truck to give the PowerBoost serious consideration.

I don’t mean to be condescending or disrespectful to the V8 fans out there or the long-time Ford fans. I truly respect all opinions. But if you claim to be a Ford fan, you should want it to succeed, even if you don’t agree with the name of a vehicle or what powertrain they use in a truck. That’s my two cents, what’s yours?

Mark wrote on April 1, 2021 - 5:50pm Permalink
Those who complain that "it's not a Mustang" are a curious lot. Apparently they never saw the Mustang II or the Fox body Mustangs. Those vehicles signaled that Ford would pyut the badge on anything. The Mach E however, is a brilliant car and adds to the Mustang Heritage in that it hints at a performance future powered by batteries. The REAL advantage of its name is that it draws attention to a splendid vehicle that would otherwise be ignored by the average domestic vehicle buyer. The amount of FUD in the world on EVs is staggering and this lets potential buyers see what a great car Ford has placed its faith in.
Jimmy Dinsmore wrote on April 2, 2021 - 8:06am Permalink
Mark, totally right. In fact, check out my Mach-E review where I site those exact examples: https://www.torquenews.com/9539/drive-mustang-mach-e-and-you-might-change-your-opinion-it