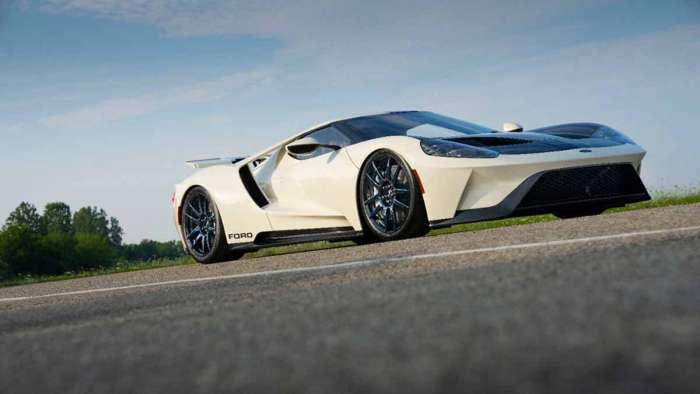 The Ford GT is modern supercar with deep ties to Ford racing history. And throughout the years, Ford has made several special edition variants of the GT.

As a tribute to the Ford GT supercar, the prototype vehicle that gave life to the program more than a half-century ago, Ford is introducing the 2022 Ford GT ’64 Prototype Heritage Edition. The limited-edition vehicle is inspired by the 1964 Ford GT prototype that debuted at the New York International Auto Show on April 3, 1964 and went on to become America’s only Le Mans-winning supercar.

“This is the first Ford GT Heritage Edition that goes beyond celebrating race wins – this one goes deep, and honors the earliest of Ford supercar heritage,” said Mike Severson, Ford GT program manager. “The Ford GT ’64 Prototype Heritage Edition is a modern interpretation of the original, with no mistaking what this car is paying tribute to.” 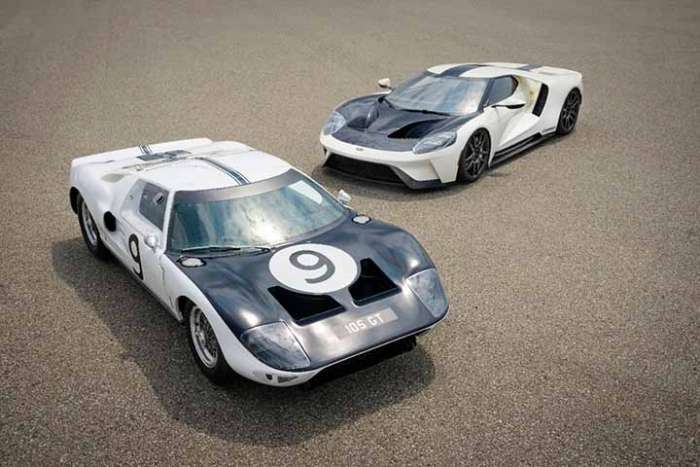 Carbon fiber carries into the cabin as well, with carbon fiber door sills, lower A-pillars and console, along with matte carbon fiber registers. Lightspeed Blue Alcantara-wrapped carbon fiber seats feature silver stitching, while seating surfaces and head restraints are embossed with the GT logo. The instrument panel is wrapped in Ebony leather and Lightspeed Blue Alcantara, while pillars and headliner are wrapped in Ebony Alcantara. Antimatter Blue appliqués on the instrument panel, door register bezels and seat X-brace are coordinated with the unique wheels. The steering wheel is finished in Ebony Alcantara with black stitching, while dual-clutch paddle shifters are clear and polished.

“There are a lot of milestone moments in the history of Ford GT that we’ve celebrated, but the team was unanimous in believing the original prototype was the right vehicle this time around,” Severson said. “That 1964 prototype unleashed the creative genius of the Ford Advanced Vehicles team and paved the way for the Ford GT program. It put all of this in motion.” 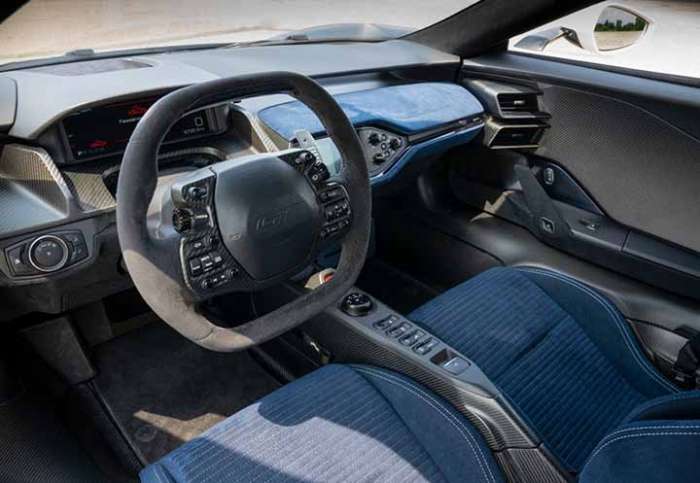 Original Ford GT prototypes underscore ingenuity and speed
With the objective of beating Ferrari and winning Le Mans, Ford began development of its own race car in 1963, and less than a year later, the Ford GT prototype (chassis GT/101) was revealed at the 1964 New York International Auto Show.

Five GT prototypes were built – the first Ford models to use deep aerodynamic analysis to optimize high-speed performance. These are some of the most significant cars produced by Ford, marking the foundation for the GT program that culminated in the company’s 1-2-3 sweep at Le Mans in 1966. The cars symbolize the groundbreaking engineering that continues at Ford with the 2022 Ford GT Heritage Edition.

Of the five Ford GT prototypes built, chassis GT/105 is the only one to survive and wear the period-correct livery.
Chassis GT/101 and GT/102 were scrapped after Le Mans and Monza crash testing, but that testing was critical in making significant improvements to GT/103, GT/104 and GT/105. Marking the first GT victory, GT/103 won at Daytona in 1965 with Ken Miles and Lloyd Ruby behind the wheel, while GT/104 placed third with Bob Bondurant and Ritchie Ginther. Both GT/103 and GT/104 have been repainted and are exclusive displays at the Shelby Museum in Boulder, Colorado. 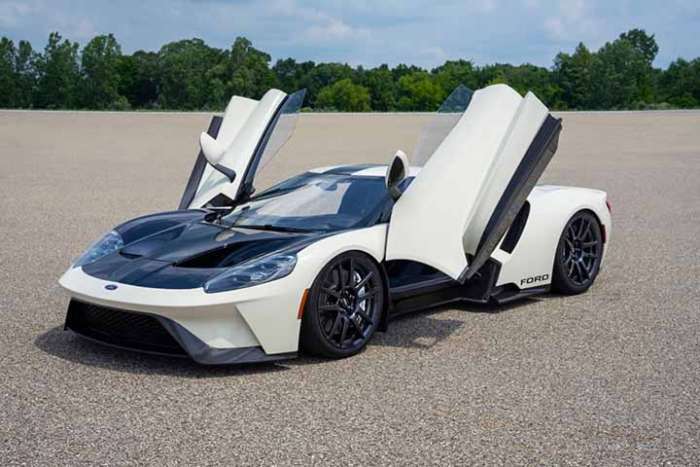 The 2022 Ford GT is available to order for approved Ford GT customers. Production is scheduled to begin in January. 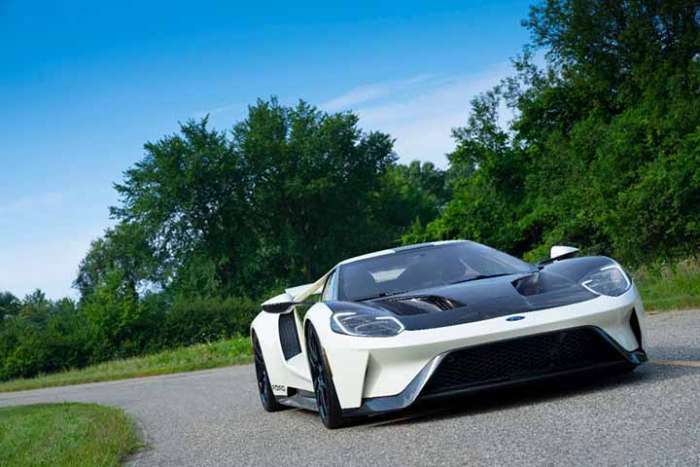 As far as supercars go, the GT is a special one. It boasts both modern supercar looks, but also still pays homage to the rich heritage of the GT name. It’s good that Ford still offers this niche car and even better that they continue to honor their history with these special editions.

If you’re like me, you can’t afford one, but it’s fun to dream. What do you think of the GT? Share your thoughts below.