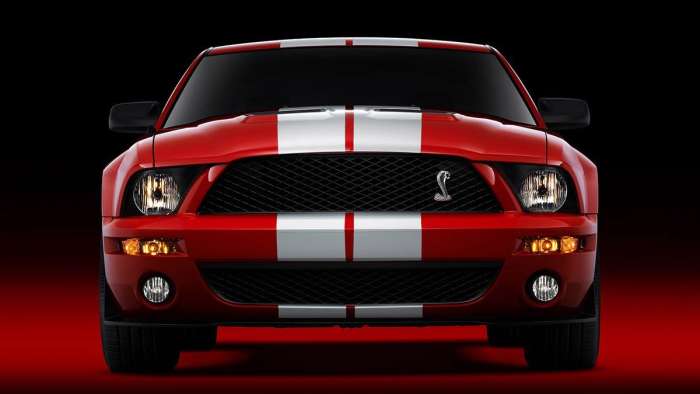 2007 Ford Mustang GT500 is still a classic and highly collectible. This high-performance pony car showed that Ford knew how to add the muscle back to the Mustang.
Advertisement

The year was 2007 and Ford’s Special Vehicle Team (SVT) wanted to do something special and drastic. So they brought back a moniker that hadn’t donned a Mustang since 1970. It was the return of the GT500 nameplate to create the most powerful pony car Ford had produced. And as such, the 2007 Ford Mustang GT500 is still highly sought and incredibly collectible to date. One could argue, it was the year, the Mustang became a muscle car again. So let’s take a look at this instant classic.

Based on the all-new S197 Mustang platform and equipped with a special 500-horsepower supercharged version of the 5.4-liter V-8, this modern-day Shelby GT500 took the muscle car world by storm with looks that mirror some of the all-time greatest Mustangs and the kind of power and performance previously unheard of in any factory-built Ford Mustang. Usually you had to special order a Mustang with this kind of performance or turn to Shelby specifically for such performance. But from 2007-2014 Ford produced this car from the factory.

Throughout its seven-year lifespan, the Mustang GT500 continued to gain more power as Ford’s engineers tweaked it and modified the performance. A limited edition 2008 and 2009 GT500KR really harkened back to the muscle car glory days, paying homage to the King of the Road special edition Mustangs of the late 1960s. The 2008 and 2009 GT500KR churned out 540 horsepower, and so did the 2010 GT500. For 2011 the engine became aluminum-based (instead of iron) and as such, the horsepower increased to 550 hp. That horsepower and torque surpassed the Ford GT making this the most performance-driven vehicle Ford had produced.

Near the end of its lifecycle, Ford continued to make advancements, each year producing more and more horsepower. They finished it off by creating a 5.8-liter Trinity V8 engine that churned out a whopping 662 horsepower, making this a blazing fast and the fastest Ford on the road.

How Much Is a 2007 GT500 Worth?
Ford produced a total of 10,847 Mustang GT500 in 2007, with 2,695 of those being convertibles. The most popular color was white with the red package, although almost as many red and black ones were sold too. Classic car insurance company Hagerty says the 2007 GT500 holds its value well with an average value of $25,000 for the coupes. Convertibles are worth even more and of course the special editions like the Super Snake and the Shelby packages can exceed $75,000 or more. 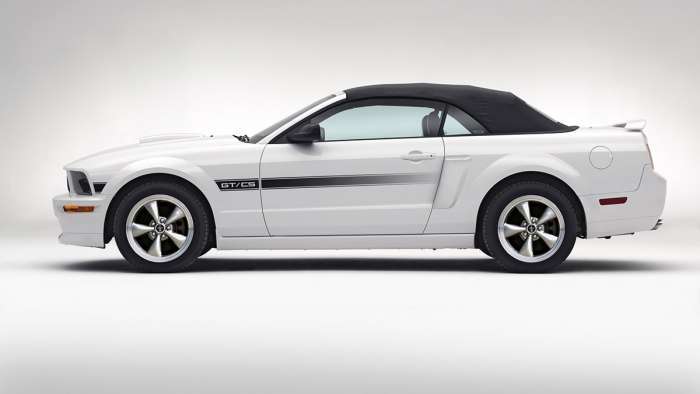 I’ve written a lot about the current model Mustang GT350 and GT500 here. Also, Ford just unveiled the fastest Ford they’ve manufactured with the announcement of the supercar 2021 Ford GT. I saw this car unveiled at the Chicago Auto Show and wrote about it here.

Also, read my next story where I am discussing one of the most popular Ford Mustang events, called Ponies in The Smokies, which is a must go for a Mustang owner.

Jimmy Dinsmore has been an automotive journalist for more than a decade and been a writer since the high school. His Driver’s Side column features new car reviews and runs in several newspapers throughout the country. He is also co-author of the book “Mustang by Design” and “Ford Trucks: A Unique Look at the Technical History of America’s Most Popular Truck”. Also, Jimmy works in the social media marketing world for a Canadian automotive training aid manufacturing company. Follow Jimmy on Facebook, Twitter and LinkedIn.

DeanMcManis wrote on February 25, 2020 - 3:57pm Permalink
I agree that the 2007 Shelby GT 500 was a breakthrough car for Ford, and important in Mustang history. Starting with the earlier Mustang Cobra, and continuing with the GT500, Chevy had given up on the Camaro for a time, and so Mustang completely owned the Ponycar market. they could have just come out with special paint and sticker packages and raked in the money, but instead they chose new higher performance car targets like the Corvette, 911, and BMW M5 to pit the Mustang against. And the Shelby GT500 kept getting better. The hard part for me relative to the collector's value of the GT500 is that Ford has continued to improve the Mustang GT, and the current Mustang GT is actually quicker than the GT500, and with it's independent suspension, the new Mustang's handling and balance is superior. Plus build quality, electronics, and safety has improved as you would expect over 13 years of progress. So even though die hard Mustang fans would choose an older GT500, personally I would want to buy a '15 or newer Mustang GT with low miles instead with that same $25K. Even though the new GT is not as rare and special as the Shelby GT500, it is simply an all-around better performance car.
william goszinski wrote on February 26, 2020 - 2:02pm Permalink
The 2007 still looked like a Mustang. And now we have a Mustang that wants to look like a 370 Z....
DeanMcManis wrote on February 26, 2020 - 8:55pm Permalink
I like the looks of the 2005+ Mustang (and GT500s best from those years), but I like the current Mustang styling even more. But then again I like the styling of the 370Z as well. The Huge, blocky, bloated, mid-70s Mustangs, and later awkward and under powered Mustang IIs were the lowest points for the Mustangs for me so far. It is amazing to me that he Performance 2020 EcoBoost 4 cylinder Mustang is now approaching the performance of the legendary 2007 GT500.
John wrote on September 8, 2020 - 2:32am Permalink
I think the powertrains/suspensions are great- but seriously...Mfg’s goals seem to make all exterior parts universal. <sigh> “Cookiecutter”
Jimmy wrote on February 14, 2021 - 7:48pm Permalink
There all junk plastic cars
Jimmy Dinsmore wrote on February 15, 2021 - 2:31pm Permalink
Wonderful incite
Craig wrote on May 22, 2021 - 10:17pm Permalink
You got your stats wrong...ford produced 10,847 Shelby GT500’s in 2007, not 18847.
Craig wrote on May 22, 2021 - 10:18pm Permalink
You got your stats wrong...ford produced 10,847 Shelby GT500’s in 2007, not 18847.
Jimmy Dinsmore wrote on May 24, 2021 - 7:53am Permalink
Thanks. Just a typo. Corrected now