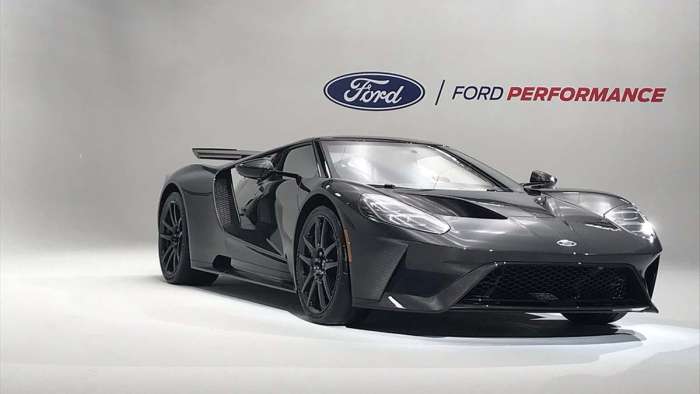 A new titanium exhaust system brings a visceral sound to the GT according to Pericak. The 3.5-liter Ecoboost V6 has more horsepower than ever before with 660 horsepower. Beyond 13 additional horsepower when compared to 2017-19 GT supercars, the 2020 GT’s EcoBoost engine features a broader torque band and revised engine calibration plus mechanical upgrades that include gallery-cooled pistons and higher-energy ignition coils, thanks to lessons learned from the limited-edition, track-only GT Mk II.

“Ford GT continues to be the pinnacle of Ford performance,” said Ed Krenz, Ford Performance chief program engineer. “GT is always the ultimate expression of Ford racing innovation, and as we know from the 1966 Le Mans through today, that means constantly raising our game for our customers as well as earning the checkered flag.”

What does a titanium exhaust bring to the Ford GT?

Ford Performance is also introducing the premium Akrapovič titanium exhaust as standard equipment for GT. Boasting the signature craftsmanship of these renowned race experts, this exhaust provides a nine-pound weight savings over the previous system while featuring that deeply resonant, unmistakable sound emanating from the more powerful EcoBoost engine according to Ford.

According to Pericak, Ford Performance is also updating GT’s iconic heritage livery with a new design that includes a black pinstripe to divide the distinct blue and orange colors, recalling the 1968-69 Le Mans-winning GT40. The optional carbon fiber number switches from 9 on the 2019 model to 6 for 2020, matching that of the historic back-to-back winning car, chassis No. 1075.

For the first time on a heritage model, carbon fiber wheels are available in lieu of aluminum alloy, according to Ford. “Our team is very focused on delivering a car that exceeds customer expectations,” said Mike Severson, Ford GT program manager. “The black pinstripe and carbon fiber wheels have been highly requested with the Gulf livery, so we committed to making that happen.” 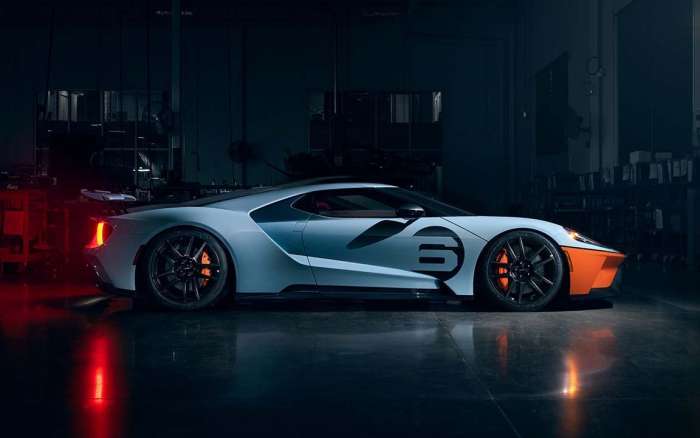 Ford expects to sell a limited amount of these supercars for the coming year. Deliveries of the upgraded 2020 Ford GT is going on now. Production for these highly collectible supercars should wrap up early 2022.