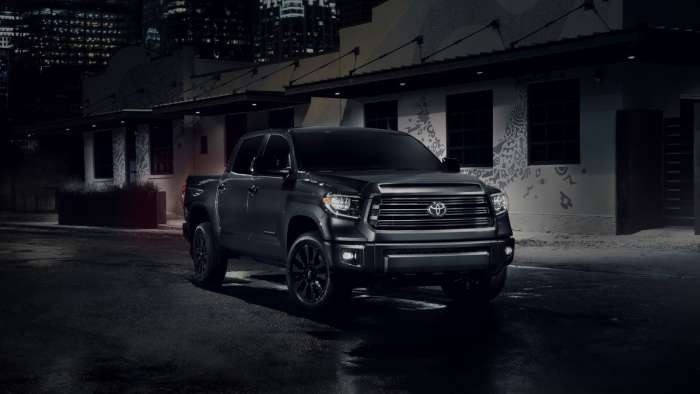 Will Toyota Build A Hybrid Tundra That Can Compete With Tesla, Rivian And Others?

Toyota is famous for its legendary hybrids they have sold for over 20 years. With the pickup market poised to make a huge change towards electric, would a Tundra hybrid make sense?
Advertisement

Talk is cheap, and when it comes to buying a pickup truck, you either need to put up or shut up. Most pickup makers over the years have used all sorts of tactics to position their vehicles ahead of the others. I remember as a kid in the '90s watching all the Ford, Dodge, and Chevy commercials. They would bash each other and try to show how their pickup was better than the competition.

With all this talk of EV pickup trucks, the competition is again going to get fierce. The question I have is, what is Toyota going to do with the Tundra? Here are my thoughts on the situation.

Toyota Will Do Nothing
Honestly, I could see Toyota doing absolutely nothing and let the Tundra be what it is, a large pickup. They have no reason to change it other than tweaking the fuel economy, which many people complain about. Honestly, it is a hauler, not a Prius, so I do not understand the gripe about fuel econ.

Toyota could make changes to Tundra if they wanted. They did make minor changes from model year to model year to keep Tundra competitive. Toyota is a company that does a lot of strategizing, so they may have found that this battle is one they want to sit out on and watch what happens. 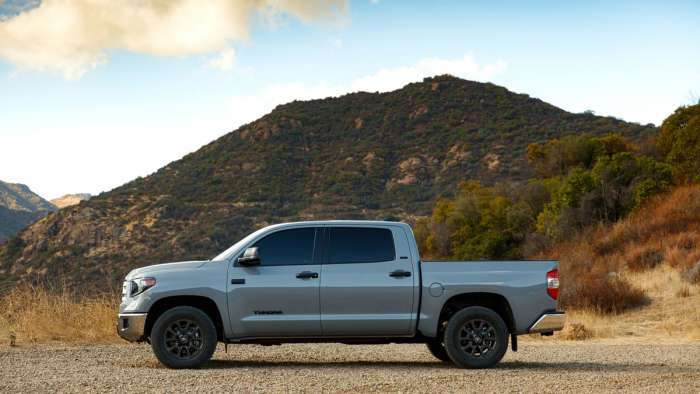 Toyota Will Build An EV Pickup
I highly doubt Toyota will do this. An EV pickup for them seems insane but possible. If a significant part of their income was in pickup trucks, it could be worth their time to put one together.

At this point, Toyota would have needed to be working on an EV Tundra for about five years. When Toyota develops something new, they work on it tirelessly to try and get all the bugs worked out before it goes to market. Prius did very well initially and has continued to do well because of this strategy.

I have not heard of, or probably will hear of an EV Tundra, it does not seem like a Toyota move.

Toyota Will Have A Hybrid Tundra
An option I can fully see Toyota doing is building a hybrid Tundra. Why? That is what Toyota does well, they make hybrid vehicles, and they are the best at it.

Tundra Hybrid would fall right in line with what Toyota is doing anyway. The Rav4, Sienna, Corolla, Camry, Avalon, and Venza are all now offered in or will be provided in a hybrid option. A hybrid Tundra would be the most logical thing to do at this point.

Conculsion
While logic is a considerable deal, sometimes, companies do not do the 'logical' thing. I would love to see an EV Tundra, then again, I would also like to know a Tundra that got over 20 mpg. I hope that we do see something fresh in the alternative fuel realm for Tundra, and when it happens, I will be there waiting to pick one up.

Thank you for reading. I look forward to seeing you in the next story. What Is Toyota's Plan With All Their Hybrids?

DeanMcManis wrote on July 2, 2020 - 3:55pm Permalink
Japanese automakers are notoriously conservative, so I'm guessing that Toyota will be late to the hybrid party for their pickups. Right now I would say that Toyota is wasting their greatest potential advantage. Prime. I think that they should have offered the RAV4 Prime's plug-in hybrid drivetrain across all of their model line up. Including the Tacoma, Tundra, and Hilander. I am sure that Toyota does have Prime versions of all of these models planned, but unfortunately still many years away. Hopefully the inevitable success of the RAV4 Prime will drive Toyota to release other prime models sooner rather than later. Since there is already a Highlander Hybrid, that will probably be the next Prime model released, but I am hoping for the Tacoma Prime soon.