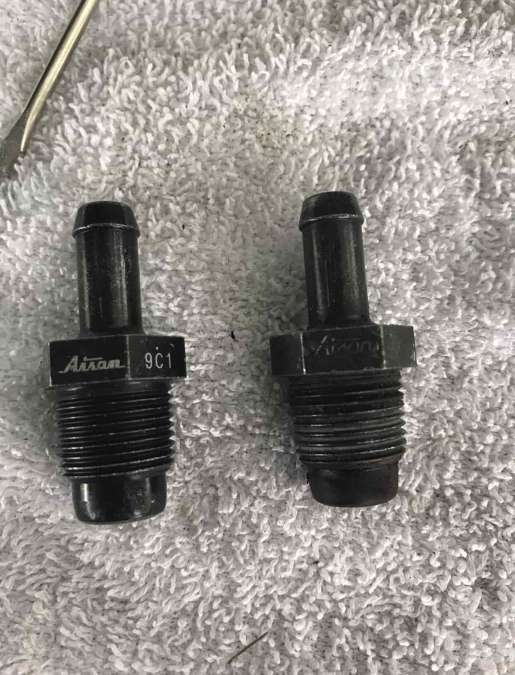 The 2004-2009 2nd Generation Toyota Prius can be known to consume engine oil. Some owners (like me) have reported anywhere from 1/2 quart or more per 1000 miles of oil use. There are a couple of reasons this can happen and one that I was not aware of till recently. The repair to do this particular one is about $12 and has been a cure for at least one of the oil consumption issues known to date.
Advertisement

Every Toyota Prius owner I have ever come across has adored the vehicle. Even when you buy a used one from someone they still want to own the car even though it may no longer suit their needs. You know you have something great when people keep wanting it, despite the issues it can have.

Toyota made the Prius with eco friendly in mind, but what happens when the car starts to have problems that really make it not as "green" as it should be. While I love my car, it still has problems with oil consumption and it is something that really bothers me. It can kill catalytic converters, destroy the engine, and cost lots of money to fix when this starts occurring.

As a technician, and as an automotive instructor, I have always been fascinated by failure analysis, or figuring out why things break. This had led me down several rabbit holes that are absolutely amazing. I have fixed batteries, found a less expensive way to maintain my car, and even learned a few things about parts quality as well.

My story here is one of those times that I went down a rabbit hole and came out with a bit of knowledge that helped me understand why we are having oil consumption issues on some of these awesome cars. First we need to know what system I am talking about, how it works, and why it can cause this issue. Ladies and gentlemen, I present to you, the PCV system.

What is the PCV system on Prius

Harmful toxins such as hydrocarbons (unburned fuel), carbon monoxide (partially burned fuel), particulates, water, sulfur, and acid are all part of the blow by gasses our engines produce. Even though Prius is super eco friendly it still does have a gas engine.

The PCV system or Positive Crankcase Ventilation System was introduced in 1961 to recycle blow by gasses rather than venting the harmful toxins straight into the air. This system has been in place on vehicles including the Toyota Prius, even though it was used on vehicles decades before it.

The system allows for a small device, basically a one way check valve to allow the excess pressure buildup pass through this valve and go back into the engine for to be used again.

Due to the nature of what is is being passed through this valve, it can over time lose the ability to seal. Problems that can happen when it is stuck open are as follows.

Presence of engine oil in PCV valve or hose

If you noticed that rough idle and increased oil consumption are on this list, you probably own a Prius. In all seriousness what happens is that blow by gases that are constantly contaminating the engine oil are not metered through that valve. It creates a vacuum deficit and allows oil to trickle out and get fed right back into the intake side of the engine. This then can be one of the causes of oil consumption that plagues the Toyota Prius.

A quick change of the PCV valve on Prius takes no more than 30 minutes and can stop at least one oil consumption issue. They can be purchased through your local dealer for around $12. There are other parts that you can buy that are cheaper , but are probably made from plastic and will not withstand the heat and punishment that the metal ones can, just get the right parts the first time. I ended up getting my valve on Amazon that carried the factory part number and it was $12. Your Prius will love you for it.

I want to get another 250,000 miles out of my Prius, and to do that I need to maintain it very strictly. I will be writing another article on oil consumption here soon and what you can do about it. For now give that car the checkup it deserves and keep driving, we have many more miles to cover.

Muhammad shahbaz wrote on July 6, 2020 - 6:27am Permalink
Having Toyo Prius 2006 , facing the oil consumption problem.
Peter Neilson wrote on July 6, 2020 - 11:29am Permalink
Get yourself the BG kit. If you change your own oil it is easy to do before the change. If you do not, take it to your favorite oil change place and have them install it for you. Best of luck!
Dinah wrote on October 22, 2020 - 10:43am Permalink
I have 250K and facing oil consumption problem as well, my check engine light would come on and off after several hundred miles then on again. I had the codes P0420 (catalyst system efficiency below threshold bank 1) and P2103 (throttle actuator control motor circuit high), i tried BG EPR/MOA didn't see much change. Thinking of maybe doing it again??? I'm thinking of maybe just the O2 sensor or do i need really to replace my cat converter. We don't have hybrid service shops around my city(very rural) except to go to toyota which is very expensive. Thank you for any help.
Karim wrote on February 4, 2022 - 12:12pm Permalink
Hi sir, I have Prius 2008. Same problem with my car. I have changed this part after your suggestion. Now Im waiting for results. I dont know issue is fixed or not. But I have noticed that my MPG improved after changes. Before it was around 32 but increased to 45 after. Thank you for your recommendation.
Josh wrote on May 1, 2022 - 2:10pm Permalink
Toyota dealership technician here: That Amazon link is to an OLDER version of the part (12204-21011) which fits the following: Prius 2001-2008 Echo 2000-2005 Scion xA/xB 2004-2006 Yaris 2007-2008 The newer part number is 12204-21013 and fits: Prius 2009 ONLY Yaris 2009-2018 Prius C 2012-2019

Tsingshan's Threat to Tesla: EV Maker Is In Battery Crosshairs
Tesla-Funded Research Reveals One of The Biggest Mysteries of EV Battery
END_OF_DOCUMENT_TOKEN_TO_BE_REPLACED