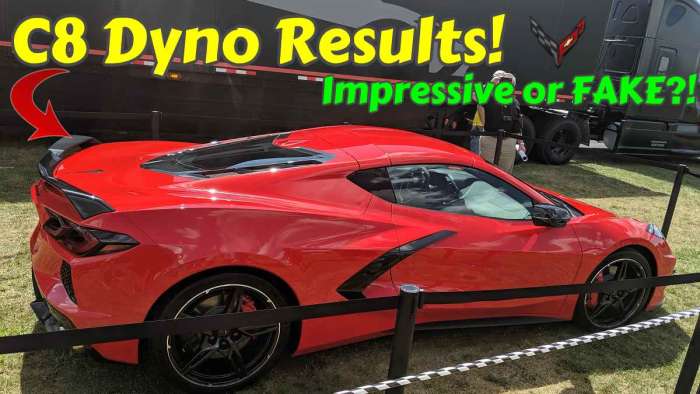 Motor Trend has been testing the new 2020 C8 Corvette for a while now, but they decided to put it on the dyno to see what kind of numbers the new Corvette can put down and they were immediately blown away, but it may not be real.
Advertisement

For those of you who don't know, the dyno measures the amount of horsepower and torque generated at the rear wheels, and the general rule is about 15% drivetrain loss in power from the manufacturers stated horsepower numbers. GM’s testing of the 2020 C8 Corvette LT2 was certified at 495 hp and 470 lb-ft of torque. A 15% drivetrain loss on those numbers should have ended with the dyno showing around 421 hp at the rear wheels. Now Motor Trend actually confirmed with Chevrolet that the drivetrain loss on the C8 Corvette will not be the typical 15% but instead a lower number due to the engine sitting right on the real wheels and not needing as long of a driveshift, etc. With that said, even with a 5-8% drivetrain loss, the numbers being reported by Motor Trend's latest dyno run are still higher than the numbers that GM was reporting for the engine.

Now I know what you are thinking "But Justin, aren't high horsepower numbers a good thing?" and yes, of course they are, but when they are 160+ higher than the manufacture is reporting, then speculation gets the best of me. It's not uncommon for an auto manufacture to underrate their engines nowadays, but when it's underrated to the tune of 160+ horsepower, then it's not quite likely a legitimate result. 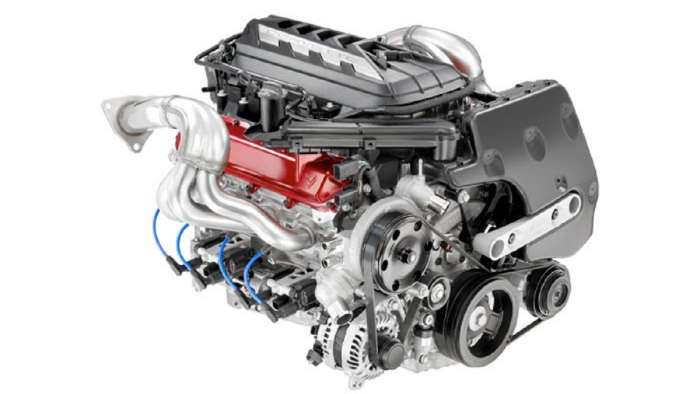 After the runs they confirmed with GM that 5th gear was in fact the gear that was closest to a 1:1 ratio and the gear they should be using to dyno their Z51 C8 Corvette. This happens to be the gear that produced the highest amount of horsepower and torque so it really makes me start to wonder what is going on.

Jason Cammisa is the author of the 2020 Corvette Stingray review for Road & Track and he commented on the Motor Trend dyno numbers He states that he utilizes math and science to “invalidate a scientific test” in an article written for motor1.com.

"We call it a take-down because Motor Trend should have known better". Jason believes the dyno operator made a mistake, and then Motor Trend compounded that mistake by publishing the results “at face value”. Jason says there are two reasons these dyno numbers were incorrect. Motor Trend’s own driving tests delivered the kind of performance numbers expected from a car with the 495 hp and 470 lb-ft of torque, and that it’s impossible for the 6.2L naturally aspirated engine to deliver the 650 hp and 600+ lb-ft of torque.

Using Motor Trend’s own 0-150 MPH tests with the 2020 C8 Corvette, Jason shows the same data from the Road and Track tests as well as a simulator model based on a number of data points from the C7 Corvettes LT1 engine. Jason explains why he used the LT1 in his simulation, but the point is all three generate similar performance from 0-150 mph and the quarter mile times are very close to equal with the times being 11.1 @ 123 mph from Motor Trend vs 11.2 @ 122 mph for the Road & Track test and Jason’s simulator.

Jason says that by changing his data in the simulator to match that of Motor Trend’s dyno numbers (558 hp and 515 lb-ft torque), the real world quarter-mile results should be 10.3 seconds at 134 mph, which is obviously not the results the C8 Corvette achieved. Basically, the dyno numbers Motor Trend came up with are too high for the performance that the car is able to put down in the real world.

I, personally, would love to believe that GM is going to give us a C8 Corvette with an engine that is this underrated but, sadly, it's not the case. The new Corvette is still able to achieve mind blowing 0-60 times and an equally impressive quarter mile time, though, so I'm not that disappointed.

Also watch: 2020 C8 CORVETTE on the dyno. Way higher horsepower and torque than GM is reporting, as well as Click To Subscribe Torque News Youtube Channel for Daily News on Automotive Industry.

DeanMcManis wrote on October 25, 2019 - 5:21pm Permalink
Well something is definitely not right, but there are some ways that explain part of the discrepancy. One is the gears, because most dyno tests are done in 4th gear because it is 1:1 ratio, also as you mentioned the mid-engined designs have lower power loss from the transmission. Next is the fact that certain dynos simply report higher power numbers, like the Mustang dynos. Next is the ringer effect where sometimes the test cars given to magazines are tuned to make more power so the test numbers are favorable. But this sometimes backfires when owners of production cars get lower dyno testing and performance results, which came back to Ford a couple times in the past when their production models made less power than press cars. As you mentioned, the 1/4 mile times say a lot about how much power the cars is actually putting out. The 1/4 mile time is a combination of HP, traction, and shift speed. So an AWD car can have a quicker 1/4 mile time, but usually the extra driveline losses will show a slower trap speed. The trap speed is a great indicator of how much power the car is making. So considering the Corvette's mid engine design, grippy tires, and super quick shifting transmission, it is believable to have a quick 11.2 1/4 mile time, but even with minimal driveline losses it should trap between 125-128MPH with 558HP at the wheels. So the numbers are off, but this was just one magazine test. We are certain to see many more dyno tests of the C8 Stingray before long, and figure out what kind of power the car makes in real life. At least it didn't dyno low, or run slower than the initial acceleration estimates, so it's good news so far.

Tsingshan's Threat to Tesla: EV Maker Is In Battery Crosshairs
Tesla-Funded Research Reveals One of The Biggest Mysteries of EV Battery
END_OF_DOCUMENT_TOKEN_TO_BE_REPLACED