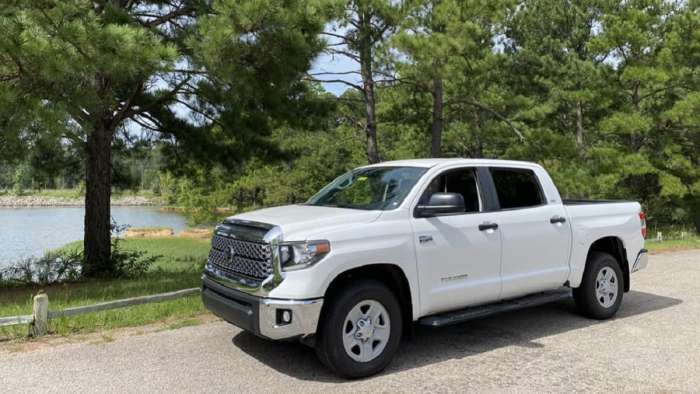 2022 Toyota Tundra: Is a Big Announcement Coming this Month?

Some signs point to an official Toyota announcement on its next-gen 2022 Tundra coming soon. Here is what we know.
Advertisement

Many Toyota Tundra fans, and just truck fans in general, have been waiting patiently for quite some time. Some not so patiently, as you may expect.

You see, 2022 Tundra is due a major redesign. And we could be hearing more news sooner than later.

The last big Tundra redesign was in 2007. Since then, there have been refreshes to the exterior, interior, safety systems and technology. 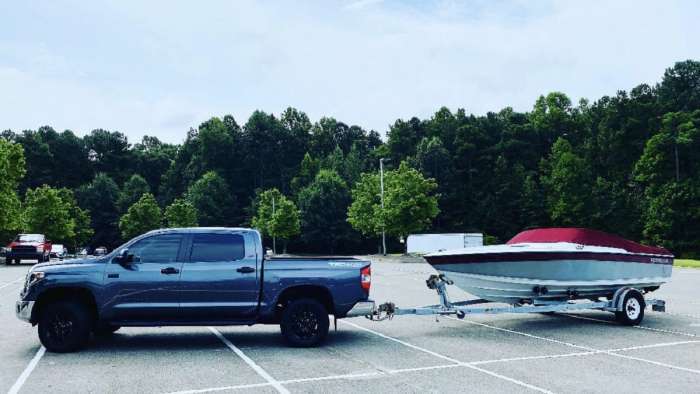 No redesigns during this span, though.

Certainly nothing quite as bold as what we are expecting with the 2022 Toyota Tundra.

“Old reliable” and trusty 5.7-liter V8 engine is expected to disappear. In its place, well that is where plenty of speculation is swirling in Toyota and automotive circles.

Many say Tundra will be getting a twin-turbo V6 engine. Others claim there will be a hybrid gasoline-electric combo alternative as well.

As reported by Gear Patrol, a new version Land Cruiser may be in the works overseas for 2022 or 2023. This could pack a twin-turbo 3.5-liter V6 engine under its hood. This may also be matched with a 10-speed automatic transmission.

Could this be tied to what we will see with next-gen Tundra?

New model year vehicles, including redesigns, are typically launched anywhere between spring and end of the year. If you follow the automotive industry, you know what I mean when I talk about this huge time range. 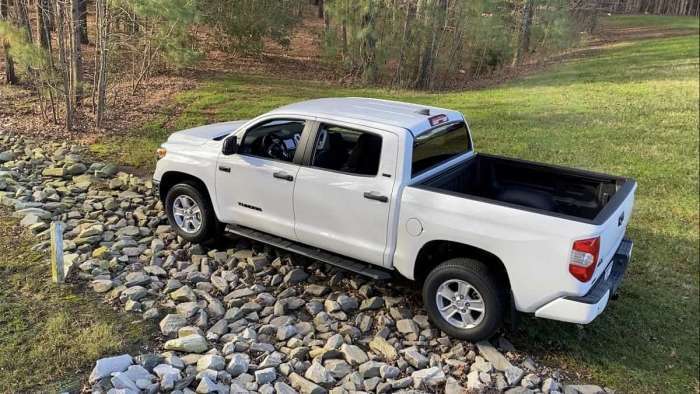 We expect 2022 Tundra to reach Toyota dealerships across the country around the end of 2021. This gives us many months to learn more information.

Toyota is very good about keeping news and details close to the vest. We will know specifics when they want us to know. Toyota will more than likely begin releasing information to us in increments. Probably monthly.

Typically, Toyota has announced some of its big news and new model launches during the Chicago Auto Show in February.

This year, however, we will not see the Chicago Auto Show in February. It was scheduled to run from February 13th through February 21st. It has been postponed for obvious reasons.

Another possibility that has been rumored is a teaser commercial that will air during this week’s Super Bowl. Nothing has been confirmed at all. I have heard this thought from a few sources, but nothing I would consider concrete or reliable. Perhaps just wishful thinking.

Super Bowl would be an ideal time to raise a tremendous amount of attention to next-gen 2022 Toyota Tundra.

Just not sure if we will see this or not.

Time for your thoughts on Toyota Tundra

Again, I have heard from multiple sources that a new Tundra announcement is expected sometime in February.

However, considering all factors going on in the world, this timeline is more than likely extremely fluid and can change and perhaps has changed.

It is entirely possible that Toyota will hold a separate launch party of its own to introduce 2022 Tundra to the world.

For selfish reasons, I hope this launch comes sooner than later.

Are you looking forward to learning more about the next-gen Tundra?

What specs are you hoping for with this latest generation? What factors are most important to you?

Thanks for reading everyone. See you next story when I ask the question if Toyota Camry is powerful enough.

READ MORE: How long does Toyota Hybrid Battery Last? Hear from our expect as he answers your questions.

Tsingshan's Threat to Tesla: EV Maker Is In Battery Crosshairs
Tesla-Funded Research Reveals One of The Biggest Mysteries of EV Battery
END_OF_DOCUMENT_TOKEN_TO_BE_REPLACED