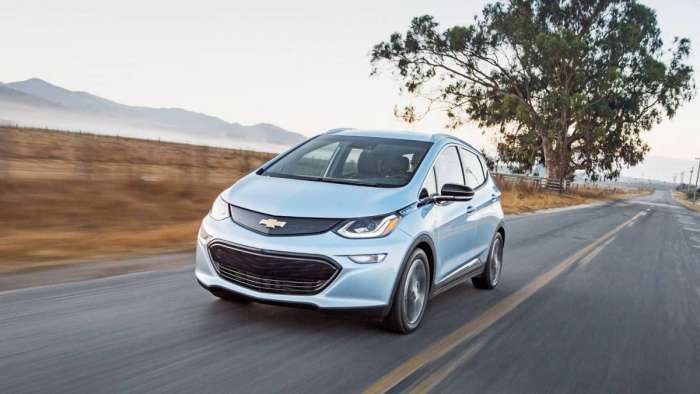 2019 Chevy Bolt Hasn’t Been Selling Very Well, and It Isn’t The Car’s Fault

After Volt is gone, GM and the government have huge incentives available for 2019 Chevrolet Bolt. You might pay $30,000 for a $44,000 Premier version of Battery Electric Chevy Bolt.
Advertisement

If you are looking for a BEV at a good price now is the time to consider a new Chevy Bolt with up to $7,000 USD in cash and rebates. The slow selling Bolt is also eligible for government incentives up to $3750 up until Oct 2019.

Why Bolt Hasn't Been Selling Well

Bolt hasn’t been selling very well, and it isn’t the car’s fault, it’s more about Washington and GM politics, dealer network structure, lack of interest, and/or it isn't a Tesla. Q1 saw 4,316 units v. 22,425 Model 3s. Yes, I know, it isn’t a Tesla, but it’s still a great versatile zippy little commuter car with decent range. Chevrolet plans to add an even more versatile larger CUV based on its platform next year.

Bolt has issues, but unlike Volt, she’s here to stay and be relevant. And now she’s looking for a home and love, to make you love her and electric cars. And why not? She’s a little electric cutey pie! Strike that hot iron now!

Also Watch 3 Reasons Why Electric Cars Can Be Towed and Subscribe to Torque News Youtube Channel for Daily News on EVs and Automotive Industry.