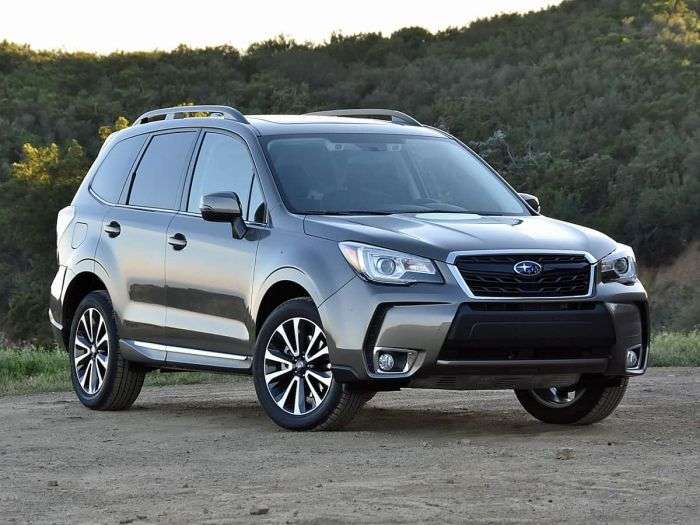 The thrill is gone - death of the Forester XT

Many of you who read this article may not remember the classic blues song from BB King in the title of this article. Perhaps I’m dating myself as well. I’ve been a Subaru enthusiast for quite some time and a current 2017 Forester XT owner. I read Torque News frequently and was eagerly awaiting the new Forester on the global platform.
Advertisement

The various spy shots of the new Subaru Forester didn’t get me overly excited and frankly I was just hoping Subaru would surprise us. Well, now that the bubble has burst and we’ve seen the new Forester in all of its lackluster glory – it’s back to reality. We come to understand the Vizviv concepts have no basis in reality and aren’t ushering in a golden era of design innovation. I understand the concepts are to get folks excited about future design prospects and illicit industry buzz. However, as a Subaru enthusiast these reveals are mere mirages of good intentions.

No one can argue Subaru’s success in the industry, but in this instance success may breed complacency. I am a baby-booming empty-nester – I think those adjectives sum me up for the most part. I’ve had Acura’s since 2012 and was looking to downsize to an RDX in 2014.

However, I noticed a trend at Acura as well. They changed their popular RDX turbo with Super All Wheel handling model to a much tamer version – specifically aimed at the baby boomers in my opinion. The 2014-18 new and improved RDX had AWD lite, the all-wheel version common in the Honda products (a cost move). They kept the V6 but it was uninspired to say the least. More gears don’t translate to more fun in that car. I remember taking the Acura RDX for a test drive. The exterior was modern but the infotainment system seemed like a vestige from the early 2000’s plasma screens. The ride was numb and I remember the dealer talked more about his family then the attributes of the car. As I was driving I thought to myself – It can’t be! I’ve become my father (a Buick man). Trust me, I certainly don’t mean to insult Buick drivers. To each his own, but their cars are much more known for comfort versus excitement.

So, I ventured over to a Subaru dealer. Granted, the Forester is not an eye-catcher to say the least. It’s quirky and basic from a utilitarian view. I drove the 2.5 liter version first – Yawn… They happened to have a turbo XT on the lot. We tried that and Whoaaa! I didn’t see that coming. The ride was fun, the pseudo CVT gear changes actually worked and gave me a feeling of exhilaration. I hadn’t had fun driving in a while and this little SUV with its quirks and all was fun to drive. This little SUV was planted on the turns and the torque vectoring capability was noticeable on the winding country road we drove. Oh by the way, it was $7K less than the RDX – that helped too. In addition, the Eyesight safety system was a must for me. The RDX Acurawatch was a costly add-on to an already dated interior and uninspiring ride.

Let’s fast forward to the 2019 Forester Debut – it was like watching a make-over show in reverse. The interior was notably updated with some new tech to boot (Driverfocus on the Limited version only). Unfortunately, they just did a tummy tuck on the exterior and the presentation of the Sport version was an oxymoron – introducing the Sport without the sport. Who needs a turbo engine, when you can get 182 HP in this new version? Relax, you’re getting a 7 HP bump from our previous 2.5 liter CVT (175 HP) and we’re throwing in some orange cladding and trim. Really... As an enthusiast I was insulted by their feeble attempt to appease the “five percenters” as they call us. Subaru made it clear that since only 5% of all Forester owners bought the XT they didn’t feel compelled to carry it forward and as a cost saving measure it made sense to them.

I don’t want this article to give you the wrong impression – I’m a big fan of Subaru. However, it seems like the new Forester is a test case to see if they can mass produce a carline with lower costs and still improve on their bottom line. All that to say, the bean counters won and the enthusiasts lost. The internet and Facebook was full of comments – many bemoaning the loss of the XT. The others simply blamed the market place like Subaru – sorry, if you only would have brought more…

However, the bigger picture is Subaru’s move to mainstream. This new era seems all about the masses and not building on the uniqueness that made Subaru different. I feared this last year and as a customer wrote their management. I got the usual platitudes but the direction was already set in motion and I and many others were just a speed bump. I’m not foolish to believe that one voice (or 5%) can make a difference, but passion for a carline is something true car manufacturers would love to experience.

Well, I am at a crossroads as I consider a future upgrade. Perhaps I may keep my XT, but the only carline with a turbo engine will be the Ascent and the rumor is the new Outback will have that new turbo as well. I won’t get my hopes up but we shall see. One thing we know for sure, it will pretty much look like the current Outback.

Acura finally saw the folly in the pursuit of mainstream thinking, as evidenced by their 2019 RDX reveal. They went back to the turbo, totally changed their infotainment system, added the super-handling AWD in the higher end models and took designing risk on the exterior, it’s bold but not over the top like Lexus. I believe that car will be a winner. They got back to their enthusiast roots – even though the current RDX was a hit.

Complacency Is The Enemy of Innovation

I am hoping Subaru doesn’t spend too much time in the sea of tranquility when it comes to the masses of SUV and CUV choices out there. That reminds me of an old Monkey’s song, “Another Pleasant Valley Sunday”. Here’s hoping Subaru doesn’t spend too much time in status symbol land. Out of the box thinking got them to this point and complacency is the enemy of innovation. The next few years and sales figures will be the bell weather for where Subaru is heading. I am keeping my fingers crossed that the enthusiasts at Subaru land a few body blows (and wins) against the bean counters.