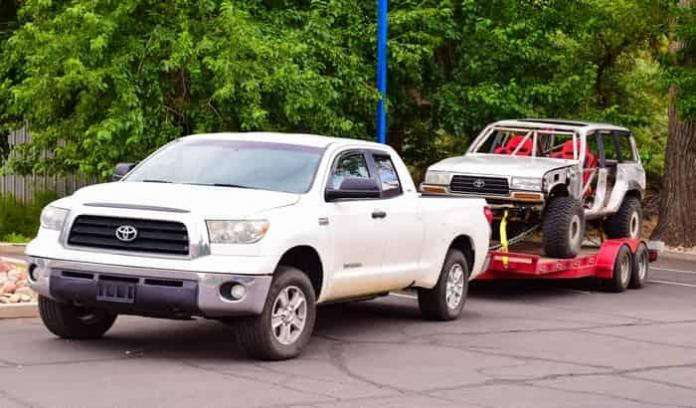 Is It Worth to Buy a Toyota Tundra With Around 200k Miles?

A lot of people contemplate whether to buy a new truck or a used truck. As a Toyota Tundra enthusiast, I always find myself on the fence debating if I would buy a used Tundra over a new one- let alone one close to hitting the 200k mark. Before you roll out the dough, there are some very obvious factors to take into consideration.
Advertisement

Here are some direct replies I received from online Tundra groups, All Out Tundras and TundraCrew, after asking what one may look at before buying a used Tundra pushing $200k miles.

David K. started up the conversation and brought up some great things to ask before buying a used Tundra. He stated that, “Price is an important piece of the puzzle. Along with sub model, engine, year, ect… And is it one owner, well maintained, or a bunch of owners and abused? Lots of unanswered questions here… I paid 23k for my 2011 TRD with 140k. One owner, perfect condition.”

Jeremy Howard had a bit of a different perspective. "Personally, I prefer to have a low-mileage used vehicle unless I can pay the vehicle off and have no payments. Odds are the longer you use something the more likely it is to break regardless of its reputation, every machine is different."

So, is a used Tundra really worth it?

I continued in several ongoing discussions with other used Tundra owners who explained their appreciation for buying a used Tundra.

"Depending on price and condition, heck yeah. my friend bought one with 250k no troubles. I just bought one that was near perfect condition with 160k... Best truck I've ever driven"

"I just bought a 2007 with 100,000 miles. I went to a couple of Toyota Dealerships and talked with the folks who worked there (including Mechanics). They said these trucks will last 700.000 miles if you maintain them properly. I hope that's true!"

"If it was well maintained yes, especially the 4.7 million mile motors. "

"Biggest thing is where do you live and where did it come from? A 200k truck here is in a junkyard, a 200k Arizona truck can be driven for the next 100 years still."

Toby Harvey's opinion happened to stand out the most to me. He bought his used Tundra with "180k a few months ago. Super clean. All of my Toyotas have near or over 200k so I had no issue buying another, plus it was the cheapest 5.7 around me and seemed like a good deal... I could've gotten a new truck, but I didn't want to be in debt. I paid cash for this and am more than happy, and it has more creature comforts than most of my other trucks and more power so no reason to pay 3 times [as much] for the same (new) truck in my opinion."

I can write a long list of why I believe that a used Tundra with around 200k miles would be a fantastic investment; however, I have never owned a used Tundra so my argument is hardly credible. I do believe it would be a great purchase simply because they are overall an amazing pickup-truck (see https://www.torquenews.com/4140/top-5-reasons-buy-toyota-tundra), but the most compelling assertions come from real owners. Thank you All Out Tundras and TundraCrew for your input. Special thanks to Toby Harvey for letting me use your image.

What do you guys think? Would you purchase a used Tundra with a hefty amount of miles?