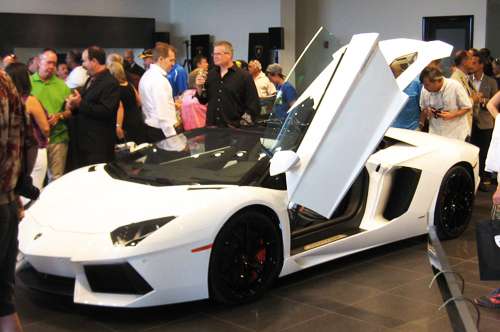 What heritage has to do with marketing exotic cars

The cars built by Aston Martin, Bentley and Lamborghini are exotic and desirable in and of themselves, but the brands are learning what connects people to such cars most directly is identification with the heritage of the line.
Advertisement

This is why Aston Martin has built a reputation around racing and also held an event just one month ago marking 100 years of the brand at a Centenary Sale at Auction in the Aston Martin Works Heritage Showroom.

Similarly, Bentley made a big splash for its 100th Anniversary by making a recent return to racing 10 years after the last time Bentley won at Le Mans in 2003.

Lamborghini celebrated 50 years of distinguished design by bringing out the 600 horsepower Egoista Concept Car before a gathering of brand VIPs, supporters and proud owners, just over a month ago.

“In other words, luxury brands need to make their consumers feel part of the story” stated Romey Louangvilay, writing for Technorati.com. “And surprisingly, social media is the appropriate platform to tell those stories,” he continued paraphrasing the words of Jean-Marc Bellaiche, senior partner and managing director of Boston Consulting Group.

Bellaiche gave an address titled Lux Redux: Reshaping the Luxury Sector to a gathering of influential Bostonians during the The Luxury Roundtable: State of Luxury 2013.

Louangvilay points out how Bentley, who just published the video below on YouTube, made the brand an undercurrent to the story of Le Mans 24 Hours: Les Bentley Boys, which focuses on the world’s oldest cross country road race.

It takes intrepid racers on a 24-hour endurance race over national highways, through thick pine forests, by street cafes and taverns. Instead of making it about the Bentley brand itself, the video is focused on the race and how the continuing efforts of everyone involved combine to form a story of people and something much bigger than the individuals or the car itself.

The film goes on to suggest that everyone involved in the running of every Le Mans 24 Hours, whether part of the competition, support crew, or just a fan of the event, is bound together by this common experience.

To people like these, when shopping for an exotic car, they are not only buying a drop-dead gorgeous vehicle, they are also becoming a part of that heritage – part of the racing, crowds of fans, and long years of effort to prove a car among the best and the brightest – until it begins all over again next year.

Advertising for mainstream and premium nameplates is all looking a lot alike – glitzy production and celestial female models, plus the occasional metaphysical conceit – while the cars most Americans drive keep adding appointments and technology that raise the bar the premium brands must attain to justify the higher price.

Exotic performance and luxury brands don’t have to advertise much – their customers are drawn to the flame of exclusivity. That doesn’t mean the wise use of social media can’t build a mythos that draws customers to one brand instead of another.

Denver is the nation’s 16th largest market by population – it rises to 8th when judged by dispensable income. When the new Lamborghini dealer opened here last week a classic Lamborghini 400 GT was on hand for the opening. That car was specifically there to represent the heritage of the brand – along with an array of the brightly colored exotics in the line – Gallardos, Aventadors and even a Diablo or two.

The exotic vehicle pictured above was inside the showroom at Sill-TerHar Lamborghini in Broomfield CO, during the grand opening last Tuesday night. Long time sales associate Steven Leonard was happily assisting a couple determined to drive home a new Aventador that very evening.

Only about 500 new Lamborghinis sell in the US annually, but we’d say the new Colorado franchise will probably do well. The dealer is a long standing premium car dealership, handling Volvo and Jaguar for years, adding Aston Martin a few years back, and now opening the Lamborghini showroom to be followed by a Maserati salon next month.

It is perfectly located between the significant markets of Boulder and the Denver Metro Area.

While Aston Martin, Bentley and Lamborghini are hand assembling some of the most incredibly sexy and exotic cars in the world, it won’t hurt to put just as much care and expertise into building the back-story, the legend of the brand, as well.

It will pay them back tenfold if they cherish popular image and reputation as carefully as they build exotic cars.