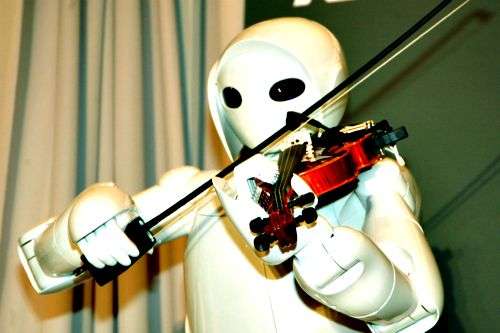 The newly announced research projects, chosen from numerous proposals to the CSRC in the past year, will be in partnership with Virginia Tech, George Washington University, the University of Iowa and the University of Virginia. The new projects are focused on the continued development of advanced crash modeling technologies and better protection for vulnerable populations, particularly the burgeoning number of seniors.

“We are proud to welcome our new research partners, whose important work promises to advance our understanding significantly in the areas of active safety, driver distraction and protecting the most at-risk drivers,” said Chuck Gulash, Senior Executive Engineer at the Toyota Technical Center and CSRC Director. “Today’s announcements cap a successful first year for Toyota’s Collaborate Safety Research Center and our efforts to act as a catalyst for the advancement of automotive safety for the entire industry. We look forward to further expanding our talent-sharing research model and helping advance the development of safety technologies that can benefit all of society.”

Two of the projects are concerned with crash modeling research, including a detailed computer model of the National Highway Traffic Safety Administration’s (NHTSA) THOR-NT crash test dummy and a project to confirm the biofidelity and injury prediction capability of Toyota’s advanced Total Human Model for Safety (THUMS) virtual model in additional crash scenarios.

These crash modeling technologies help to analyze millions of data points, thus promoting better understanding the mechanisms of injury in car crashes. This, in turn, inform the development of new safety technologies for airbags, seatbelt systems and vehicle body structures.

Other new research will examine pre-drive behavior, such as where feet are placed prior to beginning the drive to determine the influence on driver-vehicle interactions.

The final project, based on research in Japan, looks at the high rate of abdominal injuries older drivers receive when involved in vehicle crashes, studying the connection between the injuries and age. This research could lead to improved safety restraints, increasingly important as the percentage of the U.S. population over the age of 65 nearly doubles by 2040.

Since the CSRC was launched, Toyota has announced 17 research projects with 12 institutions. Remarkably, the CSRC intends to publish as much of this research as possible, making it available to federal agencies, the industry and academia.

The four new projects announced today include
Abdominal Injury Study with Virginia Tech
Studying the relationship between age and abdominal injuries caused by automobile crashes in the United States, to determine if specific populations, such as senior drivers, are more vulnerable to abdominal injuries during impacts.

Task Analytic and Time Series Analysis of Driver Behaviorwith the University of Iowa
Using a simulator, this analysis will examine foot placement during the first stages of the driving process, such as vehicle entry, engine start-up and gear selection. Test subjects will be taken from varying age groups. Then a naturalistic driver study will record information during the first 30 seconds of vehicle movement.

John Hanson of Toyota Safety and Quality Communications explained this study is to promote better understanding of driver behavior, specifically to find overlooked behaviors, to help enhance the ergonomics of automobile interiors.

Whole Body THUMS Validation with University of Virginia
We all need validation and so does Toyota’s THUMS modeling system. Does it truly capture the effects of complex automobile crash scenarios at the “whole body” level?

Toyota’s Collaborative Research Honored
Toyota has a history of collaborative research programs with universities. One program involving Toyota, Virginia Tech and Wake Forest School of Medicine was honored on recently at the Brain Trauma Foundation’s (BTF) Honors Dinner, where Toyota was recognized for significantly advancing the understanding of brain trauma. Using accelerometers attached to the helmets of football players, university researchers collected data that has led to the first safety ratings system for football helmets. The data will be also used by Toyota to enhance its “THUMS” virtual human model and will contribute to new vehicle safety technologies that reduce the occurrence and severity of head impacts.

“We are confident our research advancements will help reduce the risk of traumatic brain injuries in both automobile crashes and the football field. ,” said Dr. Stefan Duma, Principal Investigator for Virginia Tech. “We are grateful to Toyota for its support of this important, lifesaving research and to the BTF for its recognition.”

“We are proud at Toyota to have been able to help contribute to the growing body of knowledge in this research area and are honored to be recognized for our work with Virginia Tech and Wake Forest School of Medicine,” Gulash added.

Ary wrote on May 4, 2012 - 3:26pm Permalink
Toyota and these Institutes should test a system like the Tether-A-Way Separable Crash Safety Cage