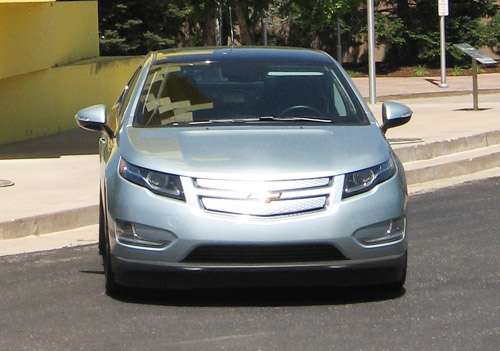 At the Tank Automotive Research Development and Engineering Center (TARDEC) in Warren, Mich., the current project may one day be part of the latest fuel saving features in a Chevrolet or Ford.
Advertisement

Many current features we take for granted in our high-tech cars were first developed for military or defense related purposes. For example, proximity sensors that help us park and detect unseen obstacles were first applied to anti-aircraft detection. The well-known military technology known as radar has been adapted to produce some of the features we now enjoy on autos.

According to an article by Jeff Green of the Bloomberg News, TARDEC’s current project involves converting the exhaust heat of tanks to electricity to power the onboard computer, something especially applicable to desert warfare.

Given the new CAFE standards, this is just the sort of new tech likely to show up on cars in the not too distant future. Just last June Torque News posted an article about the effort to find the right thermocouple configuration to efficiently convert the waste heat energy combustion cars produce to augment the electric power of the automobile.

Despite the governmental budget cutbacks, chances are it takes a gigantic corporation to out fund the government outlay in securing our homeland. That’s why the infrared scanners some cars now employ to detect wildlife or pedestrians at a sufficient distant to safely respond are the result of military research. Infrared scanning or vision can be useful in detecting an enemy in dark, obscured or simply vast expanses.

This correlation between automotive and military pure science has been around for a long time. A perfect example is the Jeep, first produced for the armed services in WWII and then adapted to extremely successful civilian purposes when the war was over.

“Just about any material used in a passenger car was probably improved with military research,” John Wolkonowicz, an independent auto analyst in Boston specializing in automotive history told Bloomberg News.

The automakers are big enough to put billions of dollars into the effort to improve fuel efficiency and develop alternative energy vehicles to the CAFE requirements. Meanwhile at TARDEC a $60 million lab is looking into batteries using unusual chemical reactions to extend vehicle range and working on fuel cells that convert hydrogen directly into electricity with no detectable emissions.

The lab is just 17 miles north of the Detroit headquarters of General Motors, meaning the U.S. Big Three have the inside line to the technology TARDEC develops. The site has long been a seething crucible of creation.

At the very beginning of WWII in August of 1940, the Army picked Chrysler Corp. to build the nation’s original state-owned, privately-operated fabrication plant known as the Detroit Arsenal Tank Plant, soon to be labeled the Arsenal of Democracy. The first prototype tank built by the facility, an M2, was completed in April 1941, states the official history of the plant. The Arsenal was soon switched to the production of the M3 tank, with M2 fabrication moved to the Rock Island Arsenal.

GM was also part of the war effort of the Greatest Generation and their experience and learning from the production of M-5 light tanks served to later improve Cadillac's automatic transmissions, according to Wolkonowicz. The tanks had powertrains linking two Cadillac engines with corresponding automatic transmissions. The demanding requirements of military vehicles in warfare provided the perfect learning lab, the resulting postwar quality of the combat-tested Cadillac transmission doubtless helped to build the brand’s mid-century mystique.

Obviously, the four-wheel-drive now common in so many cars from so many brands, was first developed in the U.S. by the military, due to the need for vehicles that could plow on through snow-covered mountains, forests, deserts, swamps or whatever they encountered. Despite later efforts to reduce the pollution of motor vehicles, they were much worse before WWII and improved markedly thanks to military applications.

The Arsenal continued to produce vehicles used in the wars following the War to End All Wars, but ceased vehicle production in 1996.

Just last month, eight new laboratories were opened in the 30,000-square-foot Tardec Ground Systems Power and Energy Laboratory. This is where the military engineers evaluate components before assembling them into vehicles for testing, according to Michael Reid, director of vehicle-testing labs at TARDEC. The facility will collaborate with private concerns to devise to field test their efforts.

One such is the effort to develop a device that converts body heat to electricity. If that is successful, they intend to apply the concept to tanks idea is to use that exhaust system, thereby producing enough power to recharge batteries or operate onboard computers. This method currently could harness 30 percent of the energy lost to discarded heat in the exhaust.

“We're trying to do anything we can to reduce the thermal loading on a vehicle,” to prevent damage to equipment and the waste of precious fuel, Reid told the Bloomberg News. Soldiers deployed in Iraq were most at risk guarding the fuel convoys so necessary to our operations throughout the war zone.

What works for a big heavy military vehicle can just as easily be applied to a passenger vehicle.

GM hopes to work on hydrogen fuel cell trials at the facility, according to Mary Beth Stanek, GM's director of federal environmental and energy regulatory affairs, who recently toured the facility.

“It's a state-of-the-art facility,” Stanek said, “And with the proximity, we should be able to leverage these assets for the whole auto industry.” GM is already collaborating with the military on the fleet of fuel-cell vehicles currently in trials by the U.S. Department of Defense in Hawaii, she added.

The prime directive of the Tardec labs is making military vehicles more efficient, simpler and more durable, to eliminate repairs during combat or at a distance from support operations, Reid said.

The labs have dedicated sites for testing the latest fuel cells, that use fuel to generate electricity rather than drive, as well as advancing the lithium-ion batteries currently in cars such as the Chevrolet Volt (pictured above).

Another division tests air filtration under extreme conditions to extend an engine’s lifespan. Still another lab, known as the Power and Energy Vehicle Environmental Lab can reproduce the most extreme environmental stresses, with full- speed trials of multi-wheeled vehicles 60 degrees below zero to 160 degrees above. Reid calls it, “From Yuma to Antarctica in a day.”

“The military operates in very extreme environments, doing very difficult missions,” Al Schumacher, assistant associate director of ground vehicle power and mobility at TARDEC told Green. “If we can makes these vehicles function in that environment, we should be able to implement them in commercial applications that are cheaper and very reliable.”

So whether you support our international policy or not, you now know what the military does to make your daily life better, even when they’re not defending our freedom in some far off war zone.