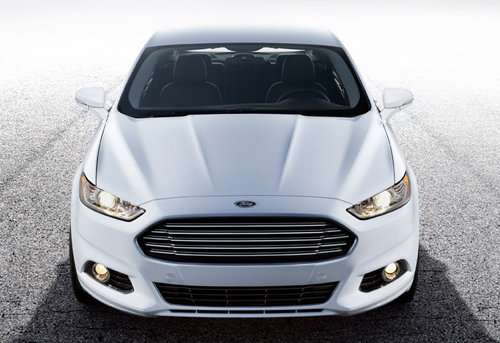 How the Ford Fusion truly embodies its name

We’ve all heard the expression, “You are what you eat,” but no one has ever said, “You might be driving what you eat!” If you own a late model Ford you may be doing just that.
Advertisement

The American Heritage Desk Dictionary defines Fusion as: the merging of different elements into a union. Modern automakers like Ford tend to do a lot of things that could be described in that way.

Fusion is also a form of cuisine and at a recent Ford event, at Root Down Restaurant in Denver, Chef Daniel Asher practiced this concept by serving appetizers and drinks of sustainable and renewable plants that are also used in the fabrication of various parts of the Ford Fusion – or soon will be.

Ford was the first automaker to develop urethane foam containing high levels of soybean-derived oil for car seats. In this manner, the brand reduces it consumption of oil by 5 million pounds, while preventing the factory release of 30 million pounds of CO2 annually.

Over 5 million Fords on the road today have soybean foam in them. Today all Fords built in North American have soy foam in the seating and the headrests in many models.

At Root Down, Chef Asher served tasty Soy Hummus, and though soy can be used as food, its automotive use does not really impact food availability like the use of corn in the production of ethanol for fuel does.

Ford was also the first to develop the use of wheat straw to reinforce the plastic storage bins in vehicles, further saving another 20,000 pounds of oil and 30,000 pounds of CO2 yearly.

Of course the grain that grows atop the straw can be used to make crackers or chips to facilitate the consumption of the soybean hummus. As we consume so much wheat (with apologies to the gluten challenged) in our breads, tortillas and other foods, we might as well make use of the stalks the kernels grow upon.

Ford is now looking into the use of coconut fibers from the husks, coir and shell for use in injection molded parts or compression molded items like floor mats. Interestingly, these byproducts from The Scotts Miracle Gro Company are naturally UV and mildew resistant, a natural fire retardant, and perhaps best of all don’t smell funny.

When Ford first developed the soy based foam it reeked and could have totally changed the meaning of “new car smell,” had the researchers not been able to isolate the cause of the odor and separate it from the foam.

At the restaurant, we delighted in Chocolate Coconut Pots de Crème, a rich, delicious American fusion of something akin to Chocolate Mousse. The servings were roughly tablespoon sized, making it entirely necessary to consume at least two.

We were also served huge strawberries glazed with a coconut frosting – yummy!

Currently, Ford is also watching research at Ohio State University that is studying the use of Russian dandelions and guayule, as a possible alternate source of rubber for cup holders, floor mats and other trim pieces.

Though Chef Asher did not serve Dandelion wine, we were treated to a non-alcoholic beverage made from coconut milk, and served in a coconut shell or husk chopped into a clever little house shape.

In what other ways does the Ford Fusion live up to its name?

The hybrid model fuses the best of gasoline and electric propulsion into a vehicle rated at about 45-mpg combined.

It also combines the appearance of a coupe with the functionality of four doors. It fuses the European visage of the Mondeo with American style and sensibility.

Perhaps best of all the 2013 Ford Fusion is a synthesis of style, practicality, efficiency and economy well suited to the modern world.

And while it’s made of tasty things, it simultaneously shows good taste – and that’s what Fusion is really all about!