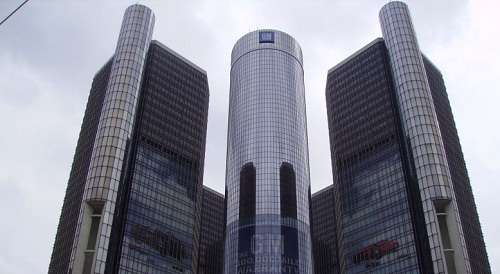 When completed during 2013, the General Motors electric motor plant near Baltimore will be the first facility of a major U.S. automaker focused on making the critical components for electric vehicles. Further a solar array will provide up to nine percent of the power needed for the existing two-mode hybrid and heavy-duty transmission building.
Advertisement

Maryland Gov. Martin O'Malley was on hand yesterday when GM held the broke groundbreaking Tuesday for the addition to the complex housing its hybrid and transmission operations. The electric motor plant is part of the investment of $269.5 million announced last year.

As GM develops and manufactures plug-in electric and hybrid vehicles, electric motor design and production will become central to their business.

"We believe the future of sustainable transportation is electrically driven vehicles and this facility will help us maintain a leadership position within this category," said Mike Robinson, GM vice president of Energy, Environment and Safety Policy. "It's fitting that green 'motors of the future' are being built at a facility well recognized for ongoing efforts to reduce its environmental impact."

The campus will be partly powered by a 1.23-megawatt rooftop solar array, planned ted to generate nine percent of annual energy consumption saving up to $330,000 during the life of the project.

"By harnessing solar energy from this array, GM will offset up to 1,103 metric tons of carbon dioxide from entering the air per year – equivalent to the emissions from 216 passenger vehicles," said Robinson.

The solar power system will be built, owned and maintained by Constellation Energy and GM will purchase all of the solar electricity generated under a 20-year purchase agreement. The company’s first solar project for GM was a 951-kilowatt system at its Fontana, CA Service and Parts Operations warehouse.

GM uses energy from solar, hydro and landfill gas resources at plants across the country. Still only 1.4 percent of its energy consumption is derived from renewable resources in the U.S.

GM's Baltimore Operations is distinguished by both being powered by renewable energy and producing no landfill waste. It earned zero-landfill status in 2007 by recycling, reusing or converting all wastes from daily operations.

"Our state is one of discovery and innovation, where traditional manufacturers like GM embrace the new technologies that move our companies, our commerce and our citizens forward," Gov. O'Malley said.

Separately, the GM Foundation and Baltimore Operations announced they would donate $20,000 to the Baltimore County Chamber of Commerce, Habitat for Humanity, Maryland Food Bank and the Wildlife Habitat Council. The donations are part of the Foundation's Plant City Grants, which will award a total of $1 million nationally to local communities with GM facilities.

Frank Sherosky wrote on May 18, 2011 - 9:09pm Permalink
Great article. Hopefully GM can bring the cost of these batteries down so all can afford an EV or hybrid. In the the meantime, I would still back up my bet with nat-gas and the Scuderi split-cycle air hybrid engine for the Cruze, Impala and the Malibu.
Sally Rogers wrote on August 17, 2011 - 7:54am Permalink
GM is the world's biggest manufacturer and should remain as it is, I am very glad to read in this article that the future of sustainable transportation is electrically driven vehicles, I hope i'll live the times when such vehicles will be seen on our roads.