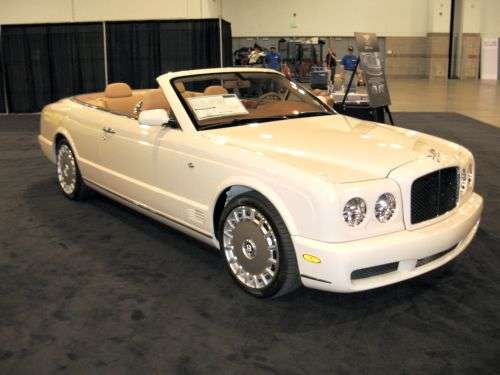 It is the Chinese market that now drives the research and development for every auto manufacturer in the global market. Gone are the days when what Americans or Europeans wanted to drive were what really moved the market. The numbers of those consumers are dwarfed by the burgeoning and massive appetite and capacity for cars and trucks in China.
Advertisement

This influence has already begun over the design and engineering decisions car companies make and will only have an increasing impact as the next generation of cars develop, according to a post by Steve Colquhoun on Stuff.co.nz. One effect will be the sprouting of numerous start-up brands, a few of which have already setup in Australia resulting in pricing shifts at the lower end of the market.

What is most significant though is the Asian appetite among the new bourgeoisie for imported luxury and exotic cars in the name of status. The premium marquee of Bentley has boosted sales in China by 67 per cent this year over 2010, doubling the size of increases in most other markets.

As a result, the high-end competition of the British automaker, namely Aston Martin and Rolls Royce are getting into the lucrative Chinese market. Rolls Royce had their best sales globally in Beijing and Shanghai last year. Consequently, Porsche, Ferrari and Lamborghini are actively courting Chinese buyers. Can Mercedes-Benz, BMW, Audi, Lexus, Infiniti, Acura, Tesla and Fisker be far behind?

The traditional one-of-a-kind, built to order model for the hand built exotics simply doesn’t function for the impatient Mandarin or Szechuan buyer.

“The Chinese customer at present walks into the dealership and he wants the Bentley,” Wolfgang Durheimer, Bentley chief executive, is quoted as saying. “He is not ready to wait for another three months until you have built the car, he wants the car and if you don't sell it to him, he goes next door and buys something else. For this reason, at present we are preparing to have cars shipped to dealers with a pre-specification that we think will meet customer demands. Usually we do Bentleys on demand, with specific customer specification, but it does not work in China. Maybe in 10 years, but now, in order to not lose sales, we need to prepare some cars to have in the showroom ready to sell to the customer the next day."

Bentley expects to engineer a longer wheelbase version of the flagship Mulsanne sedan requested by several royal families adding just over four feet to the vehicle’s length. If approved, the model will take two years to reengineer in the longer wheelbase version.
In China, customers tend to make up their mind purely upon first impressions – if it’s going to impress others, it must first impress the buyer.

Consequently, Rolls Royce is adding a longer wheelbase version of the Ghost model specifically to sell in the Chinese market. The company found the shorter rear-hinged back doors on the short wheelbase Ghost failed to impress those who want to be chauffeured about.

''When you're showing a car in India, and China, for example, you open the door to a Rolls-Royce and the first thing they do is get in the back of the car," said Dan Balmer, Asia Pacific marketing and events manager for the brand.

Durheimer said Bentley may also revive a convertible version of the Mulsanne, under one of the two names by which it was previously known Azure or Brooklands. The decision won’t be made until next year though.

Bentley's sporty Continental GT range, known as the GTC, was launched this week in Croatia. The company thinks it may be popular with Chinese buyers, who have yet to embrace open-air driving.

"The GTC is the best car to help us exploit markets that are beginning to show an interest in open-top driving such as Asia and, in particular, China," Durheimer concluded.