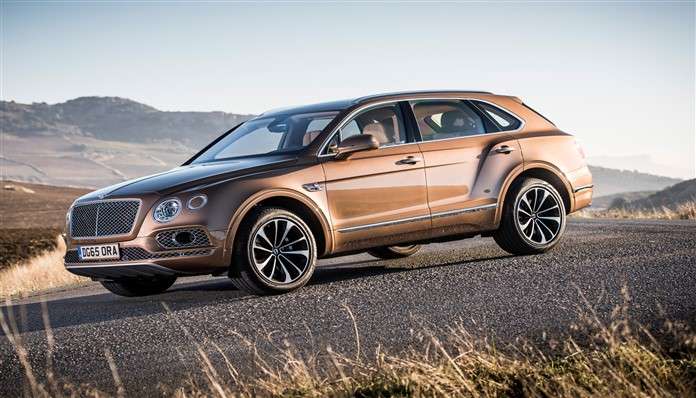 Volkswagen's subsidiary Bentley, as part of the automaker-wide commitment to electrification, will introduce a plug-in Bentayga at the Geneva Auto Show in March.
Advertisement

If you remember the height of the Dieselgate scandal that rocked Volkswagen throughout 2015 and 16 and continues to shake things up in Germany, VW made the commitment to electrify much of its fleet by 2020 and complete it by 2025.

Whether full electrics, mild hybrids, plug-in hybrids or something else, Volkswagen announced that it would have a total of 30 electric or variant vehicles ready to roll by 2025. Indeed from all observations, the automaker is racing hard to meet or beat the deadline. It’s possible that it may hit the number promised as part of its scandal settlements earlier by 2020 or 21. It is seeking to sell 1 million electrics by 2022 or so.

Powerplant is from Porshe

Whether it is VW’s upscale Porsche subsidiary through its Mission-E Panamera or it is from its ultraluxury Bentley subsidiary, each division is doing its share.

Bentley is the latest to announce it will be plugging in to help its parent. At the Geneva Auto Show in a couple of months, the automaker said it will launch a plug-in hybrid version of its Bentayga SUV. It will mark the brand’s first electrified vehicle. It also marks “the beginning of a roll-out of plug-in hybrid versions” throughout its entire range, said Automotive News Europe Monday as it talked about the roll-out.

ANE pointed out that the hybrid’s drivetrain will likely be from Porsche’s Panamera E-hybrid. That powerteam mates Porsche’s 2.8-liter V-6 with a 136-horsepower electric motor. The combined output will be 462 horsepower. Interestingly, the Panamera E-Hybrid can store enough power to move the vehicle 30 miles on electric power alone.

Bentayga has become Bentley’s top model. In 2016, sales were 5,586. While the automaker hasn’t released its 2017 sales figures, overall sales through the first three-quarters of the year were a tick under 7,498, VW Group reported in its interim financials. And, since that is the case, it is likely that the trends will make it not only the brand’s top model, but it will also become the automaker’s top electric as well.

The Bentayga has had its engine choices broadened since the car’s launch in 2015, when there was only a single 12-cylinder gas option. At the start of 2017, a V-8 diesel debuted, while a turbocharged gasoline V-8 will be launched this month. The plug-in variant goes on sale in the second half of 2018. U.S. customers will have a choice of three powerplants at that time, up from the W12 available now. The W12 is the sole powerplant available in the U.S.

Meantime, a V-8 diesel model debuted at the beginning of last year and the Volkswagen Group brand will launch a turbocharged V-8 gasoline model in January. The plug-in hybrid model goes on sale the second half of the year, Bentley said, giving U.S. customers the choice of three versions, up from the single W12 model available now.

At the 2017 Automotive News Congress, Bentley promised that all its models will have a plug-in hybrid option over the next few years. The next model to use the powertrain is scheduled to be the Continental GT, though there was no timeframe discussed.