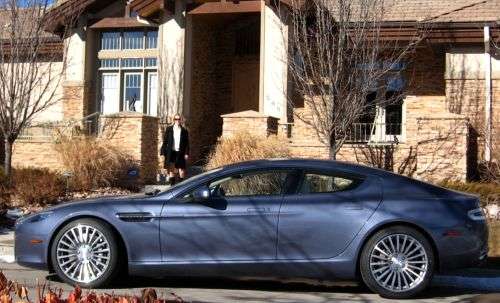 The question is simple. Will the auto makers of brands like BMW, Land Rover, Jaguar, Aston Martin, Maserati, Ferrari and Lamborghini be driven our of the U.S. market by standards requiring the average mileage of total vehicles sold in America to hit the currently discussed 56-mpg mark? To the lover of the exotic sports luxury car, it is a valid concern.
Advertisement

This experiment in social engineering began in the mid-70s in response to the 1973 Arab Oil Embargo. The intention of the legislation is to lessen our dependence on foreign oil.

One can at least argue that recent wars in Kuwait and Iraq had as much to do with oil as political or moral concerns. It will obviously save the U.S. government a lot of money if it no longer has to protect access to natural resources we no longer need to import.

As technology enables the production of higher mileage cars, the CAFE requirements keep going up. The currently discussed 56 mpg benchmark for 2025 may not be enacted, but the 34.1 mpg standard for fleet averages will kick in five short years.

Lexus gets by through its association with Toyota and Audi sneaks in through its grouping with Volkswagen – but consider poor Land Rover who is owned by India’s giant automaker Tata. They sell no cars in the U.S. to average with the Land Rover.

Today a designated gas-guzzler gets an insignificant $1,000 added fee or in the case of the incredibly exclusive Lamborghini Murcielago, the guzzler tax rounds the price from $354K to an even $360K. Whoever is buying this car won’t even notice the extra cost.

In 2025, if the currently discussed levels for 2025 are adopted, a V8 BMW might have a $25,000 fine attached to the sticker price, effectively pricing exotic sports cars out of the market.

“This is basically an attack on the way they [Germans] do business because the things they traditionally sell are based on size and power,". Edmunds.com analyst Bill Visnic said in The Wall Street Journal. “To do something like this is essentially putting them out of business here.”

This is where CAFE standards are overlooking a major fact of the exotic sports car's life. Many are bought purely as investments and hardly ever driven. So it pollutes a bit more, but very few of them are sold and they are usually only driven 2.500 miles per year at the absolute maximum.

These cars are not the ones causing problems with our air or our economy. It is the older cars driven by you and I that lack the cleaner, more efficient engines being built today - that and our numerous coal-fired power plants.

Moreover, automakers are building four and six-cylinder engines today that run cleaner and develop more power than the V8s of the past. Part of the transition is just getting people to recognize that bigger is not always better.

So how will the exotic carmakers survive in the U.S. market? They will find loopholes and ways around the CAFE standards and owners might register their DB10 as a farm vehicle, making it exempt from such regulation.

People are doing just that today to lower their insurance expense. If you want to know more, click here.

This article drew upon Bill Howard’s article on ExtremeTech.com, available here, and other sources.