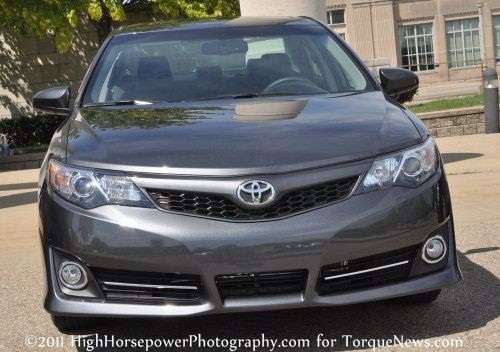 The 2012 Toyota Camry will go on sale at showrooms next month and is likely to have a price reduction from the $21,955 base price that the 2011 Toyota Camry sold at thanks to robot machinery recycled from the NUMMI plant in Fremont, CA.
Advertisement

New United Motor Manufacturing, Inc. or NUMMI was the redeployment of the former GM Fremont Assembly plant operated from 1960 to 1982. It was reopened in 1984 in a joint venture between GM and Toyota to manufacturer vehicles for both brands.

GM hoped to learn all about lean manufacturing from the Japanese auto giant and Toyota gained their first U.S. production facility and a chance to try out their approach to the building of automobiles with an American workforce.

Both of the Voltz and the Vibe were based on the Toyota Matrix. Production of the Pontiac Vibe was discontinued in August 2009 as GM phased out the Pontiac line.

In addition, from September 1988, the NUMMI plant produced the Toyota Corolla compact car and in 1995, began producing the Toyota Tacoma as well.
Up to May 2010, when the plant closed, NUMMI built an average of 6,000 vehicles a week, or nearly eight million cars and trucks over the lifespan of the joint venture.

The robots left over from NUMMI's closing last year were sent to other plants, such as the Georgetown, Ky., site where the 2012 Toyota Camry is being built.

“A lot of the tooling is new, however the equipment isn’t,” Steve St. Angelo, executive vice president for North American manufacturing and engineering, was quoted as saying in a post on Bloomberg news today. “We used a lot of used equipment” from the now-closed New United Motor Manufacturing Inc. plant, or NUMMI.

“They couldn’t have tolerated a price increase for Camry in this market,” said Jim Hall of 2953 Analytics Inc., an automotive consulting firm in Birmingham, MI. “We’re basically still in a recession. They were lucky there happened to be a plant closing with surplus equipment available when they were developing the new model,” said Hall in the aforementioned article. “They haven’t had that before.”

Along with the production robots transferred to Toyota’s Georgetown, KY, additional NUMMI equipment was also acquired by Toyota’s San Antonio plant.
Meanwhile, the former NUMMI facility reopened on October 27 last year as a 100 percent Tesla Motors-owned production facility, now known as the Tesla Factory. Toyota is a shareholder in Tesla, who will help produce the all-electric Toyota RAV 4 EV next year.

When you buy a new 2012 Toyota Camry or Toyota RAV 4 EV this year or next, you may owe a lot to the fraternization between these competing companies. It is a global village after all.

Tesla-Funded Research Reveals One of The Biggest Mysteries of EV Battery
Tesla Tesla Buyer Nets a Whopping $12,000 Discount After Asking for Reduction
END_OF_DOCUMENT_TOKEN_TO_BE_REPLACED