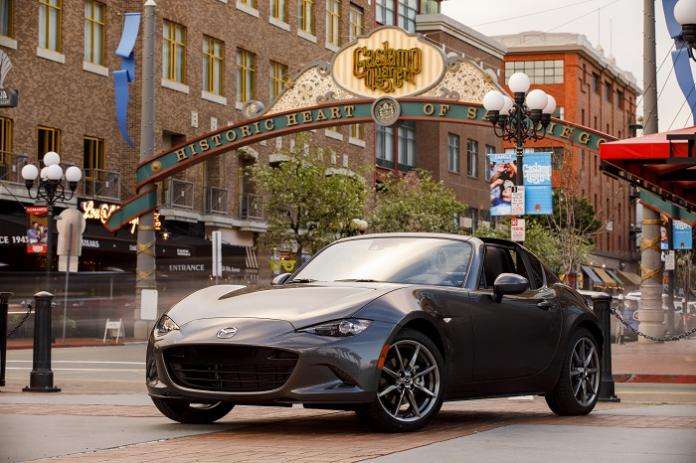 Sales of the Mazda MX-5 Miata were up in June, at least compared to last year.
Advertisement

Why Sales Are Up

So why are Miata sales up, especially at a time when the post-recession sales boom is ending, and the rest of the automotive market is slumping?

A few thoughts. One – the RF hardtop version has been out long enough now that it’s attracting buyers who previously shunned the Miata because they had concerns about buying a soft-top convertible.

Another is the steady stream of positive reviews for the car, including the RF version, that continue to roll out across the automotive media.

The time of year obviously plays a part, too – it makes logical sense that convertible buyers would make their purchases at the beginning of summer, in order to maximize their top-down motoring days before cold weather comes back around.

The RF is likely renewing some interest in the Miata, as noted before, but there’s also a sibling car on the market – the Fiat 124, which shares its platform and a lot of its mechanical components with the Miata. While the car is technically a competitor to the Miata, it’s certainly possible that interest in it spills over into interest in the Miata – and maybe some consumers who take the 124 for a test drive end up preferring the Miata for whatever reason.

Low fuel prices aren’t hurting, either – while the Miata is far from a gas hog, sports cars in general sell better when fuel prices are low. Finally, a recovering economy is allowing some folks the chance to be able to afford a weekend car – with the two-seat MX-5 filling the bill.

Either way, rising sales are a good sign for the Miata (and Mazda, since the small automaker only offers a few models). Miata fans should be happy.