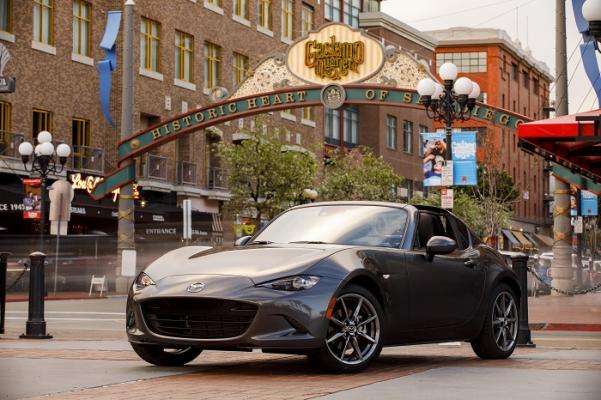 What's the Result of Another BRZ Versus Miata Comparison

Although one car offers topless motoring and the other doesn’t, that hasn’t stopped car magazines from comparing the Mazda MX-5 Miata and the Subaru BRZ.
Advertisement

Add Canada’s Driving magazine to the list when it comes to comparing Subaru BRZ vs Mazda Miata.

Two of the mag’s writers, Brian Harper and Nick Tragianis, also known as Dude and Punk (as in wise old dude and young punk), provided a point-counterpoint about the two cars. Both, of course, have 2.0-liter four-cylinder engines – although the BRZ has a 50-horsepower edge over the Miata, at 205 versus 155.

Interestingly, both felt that the four-year-old BRZ hasn’t aged all that well. Part of that accusation is based on impressions of a coarseness above 3,500 rpm and a “notchy” manual transmission. The Miata RF gets praised for being smoother with a lighter transmission actuation.

Criticisms of the Miata

That doesn’t mean the MX-5 RF gets let off the hook. Like with Road & Track last week, the guys from Driving take issue with top-up wind buffeting, and there are complaints about interior size and the non-telescoping steering wheel.
So the BRZ gets higher marks for having a more usable trunk and having rear seats – even though those seats are useless for seating humans, they can be used for storage.

And the Winner Is...

In the end, the BRZ wins out for having a lower cost, and being easier to drive daily, while also offering slightly more interior space for passengers and storage. But the writers make it clear they still love the MX-5 – but they’d go soft top instead.

Read the whole thing here, and bear in mind the cars are Canadian-market, which means there are minor differences from what you might see in the U.S.

For Some Former Daimler Managers Daimler Is Authority, While Tesla Is Like a Startup
How Daimler Unintentionally Subsidizes Tesla Giga Berlin
END_OF_DOCUMENT_TOKEN_TO_BE_REPLACED