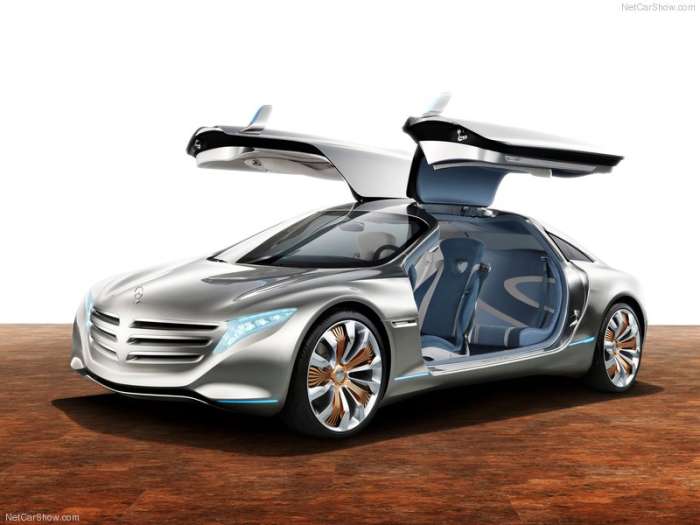 This Is Why Mercedes Is Giving Up on Hydrogen Fuel Cells

For years, hydrogen has been the fuel of the future, always one breakthrough away from becoming the next big thing. But while other companies are ramping up their hydrogen fuel cell investments, Mercedes has decided to focus on electric vehicles instead.
Advertisement

If you talk to automakers like GM, Honda, Toyota, and Hyundai, hydrogen fuel cell technology is still an important investment. In fact, Honda just launched the hydrogen-powered Clarity, and Toyota’s been selling the odd-looking Mirai since 2015. But don’t expect to see Mercedes selling cars powered by fuel cells anytime soon.

As the website Smart2Zero reports, Mercedes and its parent company Daimler have decided that hydrogen fuel cells are no longer a priority. CEO Dieter Zetsche recently told reporters in Stuttgart that even though Daimler has developed cutting-edge fuel-cell technology, the advantages it offers are disappearing. Instead, he plans to focus on battery-electric vehicles.

Advantages of Batteries Over Fuel Cells

Early electric cars were limited by battery range and long charging times. Hydrogen fuel cells, meanwhile, could be refueled quickly and could go much longer distances between fill-ups. But in the past several years, batteries have improved dramatically. Fuel cell technology, however, hasn’t exactly followed suit.

“Battery costs are declining rapidly whereas hydrogen production remains very costly,” Zetsche said. He then went on to say that fuel cells are an “interesting solution” but that the cost of producing hydrogen sustainably will likely limit its usefulness.

Considering how much battery technology has improved in only the last decade, this is probably the right move for Daimler. Hydrogen enthusiasts will understandably be disappointed, but unfortunately for them, the industry as a whole is moving towards battery-electric vehicles. If Mercedes wants to compete with the other automakers developing electric cars, it probably shouldn’t continue investing in hydrogen technology that may never be viable.

That said, at least for now, a hydrogen-powered version of the Mercedes-Benz GLC will still go on sale later this year. After that, you may never be able to buy a hydrogen fuel cell-powered Mercedes ever again.

Steve hench wrote on April 4, 2017 - 11:58am Permalink
The cost of H2 is too high? Give me a call. Our Texas-based R&D program has developed technology that can use wind energy to produce H2 at a cost per mile competitive with 2016 gasoline prices.
Parks McCants wrote on April 4, 2017 - 6:08pm Permalink
Forward me your phone number, i'd like hear your story.
jens wrote on April 10, 2017 - 11:56am Permalink
And every kWh used to produce H2 could have been used to drive a BEV three time the distance you get form the H2. Comparison to gasoline prices is of no relevance. Its the BEV H2 is competing against.
Steve Hench wrote on April 10, 2017 - 12:52pm Permalink
Fuel cost is only part of the picture. Time to refill or recharge, energy density (and related factors, such as range), power demand on the grid, vehicle size (trucks & tractor-trailers vs. small cars) and many factors must also be considered. One of my associates, who owns an engineering firm, recently completed a project to convert all of the material handling equipment at a large factory from electrical to H2. The point is, that H2 and electric will both have very large markets in the near future. Both will be very large, and each has its advantages. Which has more than 50% of the total market for vehicular energy is of very little relevance to us, who are in business to supply the H2 to a very rapidly growing sector.
victor wrote on July 12, 2017 - 9:22pm Permalink
if battery powered cars behave like all cellphones, in terms of "range" and charging times, people will buy gasolline powered cars until hydrogen fuel cell car refuelling stations become more common. batteries are a stupid option for family cars, not reliable enough to be able to get you from A to B. people use battery phones because there no alternative. would you not prefer a phone that lasts without worry for a fullday at full blast and that you could "fuel up" in one or two minutes. instead of waiting 30 or more for a full charge, or 10-50 for a mediocre charge. not to mention the times during the day you have to plug the phone in to keep using it, something obviously impossible with a car. to use electric cars you have to plan ahead charging, time of charging, etc. battery cars will have niche success, that is all. the Tesla guy is a technology preacher, not manufacturer. Tesla will fail.
per erik tørfoss wrote on October 1, 2017 - 4:16pm Permalink
Look at Musk failing...only outselling ALL premium cars in the united states combined....;) Ever heard of an other car manufaturer that has 400 000 reservations on a car? (Model 3) Thats without commercials... Maaaybe they have a product that people wants? After all, traditional american car makers are not exactly known for their quality. Greetings from teslaowner in Norway. (Think there is 12000 Tesla`s in Norway right now...)
Steve Hench wrote on October 2, 2017 - 10:38am Permalink
It might be a bit of a stretch to say that Tesla will "fail," but what many don't realize is that there are limiting factors at play when it comes to battery-powered vehicles. Overnight trickle (slow) charging at home for driving 100 miles per day isn't unreasonable at low market penetration levels, until the capacity of the electric grid becomes strained. However, for longer-range or higher use situations, such as on long trips and especially for commercial trucks, batteries are really not an option. Because it takes 20 times longer to recharge a battery than to fuel a vehicle with liquid fuels or hydrogen, a battery charging station would need to be 20 times larger. That's 20 times the space required on the same revenue model. A diesel-powered long-haul semi rig with a sleeper costs from $150-200k (USD), and H2 will be in the same general price range. For the same distance capability, a battery-powered truck would cost over $750k. This, of course, is completely out of the question. What this demonstrates is that the economics of H2 strongly favor larger vehicles. Because many of these vehicles are operated in a "fleet," with dedicated route structures, it is possible to implement H2 infrastructure along geographic lines, following truck routes as the fleets are expanded. A perfect and natural approach. We aren't saying that there isn't a market for electric vehicles, but the passion must be tempered with objective evaluation of facts. When it comes to fuel choices for the future, one size definitely does not fit all.