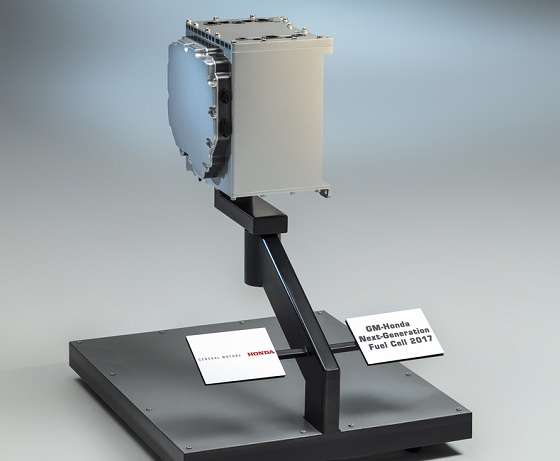 General Motors and Honda Motors have worked together on Hydrogen Fuel Cell advancements since 2013. 2200 Fuel Cell related patents are held between the two auto giants, with Honda’s latest generation Clarity driving the streets of Southern California and Japan.

Looking through the annals of fuel cell development history, GM was the first to mobilize a Hydrogen Fuel Cell prototype with a modified Corvair Monza back in the 1960s. As other manufacturer’s followed GM’s lead, I personally rode in a Mercedes S Class Fuel Cell of the 1990s, and look forward to driving Honda’s Clarity soon.

Zero auto emissions without the battery module and plug

The implications for a Hydrogen generated ZERO auto emissions future goes mainstream as GM and Honda combine engineering and manufacturing forces to develop and manufacture a smaller, universal HFC stack. I first reported on Honda’s latest advancements here. The technology's linchpin remains a fledgling Hydrogen refueling network, and a compressed gas extracted from carbon-based crude oil. That too will change in time -- with the expansion of the refueling network, and the development of renewable green-sourced compressed hydrogen.

GM and Honda fires up joint manufacturing in 2020

"Over the past three years, engineers from Honda and GM have been working as one team with each company providing know-how from its unique expertise to create a compact and low-cost next-generation fuel cell system," said Toshiaki Mikoshiba, chief operating officer of the North American Region for Honda Motor Co., Ltd. and president & CEO of American Honda Co., Inc. and Honda North America, Inc. "This foundation of outstanding teamwork will now take us to the stage of joint mass production of a fuel cell system that will help each company create new value for our customers in fuel cell vehicles of the future."

Fuel cell technology addresses many of the major challenges facing automobiles today: petroleum dependency, emissions, efficiency, range and refueling times. Fuel cell vehicles can operate on hydrogen made from renewable sources such as wind and biomass. Water vapor is the only emission from fuel cell vehicles.

GM is currently demonstrating the capability of fuel cells across a range of land, sea and air applications. The company has accumulated millions of miles of real-world driving in fuel cell vehicles. Read my latest take on Honda Clarity FCV here.