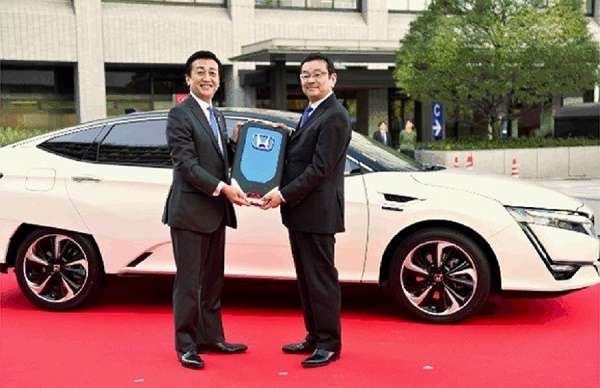 Frankly, I didn’t know that “National Hydrogen Fuel Cell Day” was recognized in the U.S.. There’s a bit more to the story. This is a good day for Fuel Cell proponents.
Advertisement

Two decades in the making, the 3rd generation 2017 Honda Clarity hydrogen fuel cell powered, 5 passenger sedan, will go on sale (initially lease only) in Los Angeles, Orange County, San Francisco and Sacramento, California. This is a huge step in the right direction for fuel cell proponents.

So, let’s avoid the argument as to which is the “greenest” most viable approach to weaning the world off of gasoline. While there’s movement in that direction, it won’t happen in many of our life times. And yes, currently, compressed hydrogen gas is “natural gas” derived, mostly found as a byproduct of oil exploration and subsequent drilling.

Hydrogen can be “cracked” from green sources such as algae and seawater. But the energy used in those processes to generate hydrogen is not cost efficient, and does result in a measurable impact on the planet, including the generation of carbon gasses -- as does many forms of grid-line-electricity -- as used to charge your current plug in EV.

In the near term, Hydrogen fuel comes from the same folks that bring you unleaded gasoline

And that may be a good thing! With the gasoline, natural gas refining giants on the hook, the near-future public acceptance and subsequent expansion of electrified vehicles will become second nature, sooner than we think. Honda’s on it! I spend a week in the seat of the reinvented 2017 Honda Accord Hybrid.

Looking to the 2017 Honda Clarity, one is viewing the near future manufacturing platform for Honda’s electric vehicle lineup -- FCEV, Plug-in Electric, and Plug-In extended range gasoline, electric hybrid. Is there a truck or SUV in the future, most definitely!

But, as with all things Fuel Cell, the initial 2017 Clarity production run will be limited in number, lease only, and restricted in region due to a lack of refueling infrastructure.

Plug-in electric has a big advantage here as to available quick charge stations. Hydrogen refueling while quick, (Honda states 3 to 5 minutes) is several years away as to going mainstream. I wrote about California Governor Jerry Brown’s expanded hydrogen fueling network back in 2013. It’s growing, but slowly. At that time the goal was 100 refueling points between Los Angeles and Sacramento, California. Have we gotten there yet?

Nonetheless, Honda and Toyota remains at the forefront of the FCEV movement, with G.M., Hyundai, Mercedes and other makers dabbling in the future of low to no carbon footprint personal transportation.

Price and availability? Not yet

With Toyota pulling back the Mirai FCV, and a very slow expansion of the $1,000,000+ per station fueling network, Honda’s been very cautious as time of entry into a mostly California FCEV market. As of this writing, the only commitment from Honda is that 2017 Clarity will be released to market as a “lease only vehicle” by the end of the year. 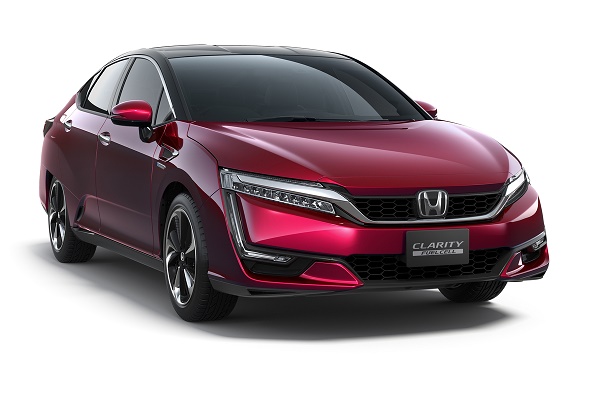 As with all auto-pioneering exploits, Clarity will be manufactured and leased at a loss to its maker. What that capital loss is, we’ll never know. Yet Honda remains bravely committed to this zero emissions, stand alone technology, and sees fuel cell generated electricity as a way and means to a cleaner, safer and less fossil fuel dependent driving future.