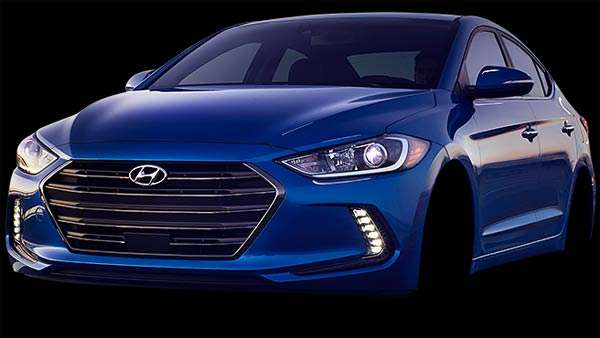 Hyundai's Elantra GT or as it's known in Europe the i30 may not be as elevated as some of its competitors, but being a happy medium in the market may sometimes win out in the end. Here's why the 2017 Hyundai Elantra GT could be a strong contender this year.
Advertisement

Over in Europe the Elantra/i30 and Hyundai themselves do extremely well and in general don't suffer from many of the stigmas associated with the brand over the water. The Elantra/i30 which was debuted in Paris just last year, was touted as the People's car. It was up against some stiff competition from the likes of Volkswagen and Mazda, but the 'Korean curve' now has the likes of the Hyundai Elantra Sport in the range, which could possibly take on the Volkswagen Golf and the Mazda 3.

The Hyundai Elantra Sport has a 1.6 L turbocharged four-cylinder engine, which comes in at around $22,485, with multi-link rear suspension, 12 inch rotor brakes and 18 inch wheels. The six speed manual is the one to have, maybe not as flourished as the Mazda or the VW but it still holds its own. The interior of the Elantra has a decent enough set of features, but compared with the likes of the Mazda 3, many reviewers see the Elantra's interior as more basic.

With many reviews touting a Golf or Mazda as a winner over the Elantra in sports format, why would you opt for the aforementioned or even say the car to buy this year? One of Hyundai's great strategies is to be priced a lot cheaper than its counterparts. It has more power and features then say a base model Golf, so direct comparisons go against the GTI, which the Elantra is much cheaper than. Although the likes of the VW has its engineering pedigree and feels like the better drive, the Elantra Sport is in no way second-best, especially with all the added features and pricing may just be the priority for many of you out there.

Pricing alone may not be always the number one factor when evaluating a vehicle, but in the real world the best all-rounders usually win over the best in class if you can get it for a good enough price. The Elantra is a good all-rounder, with loads of features, a great range and although it won't win any prizes for a complete best in class, it's roundness of features and pricing may just win out in the end.