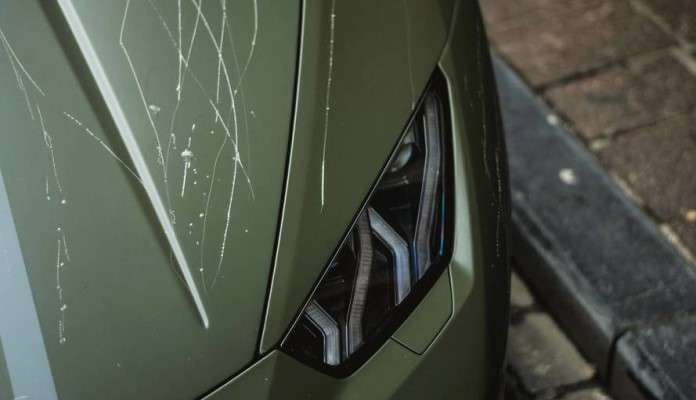 Why would anyone key a Lambo so badly it hurts to view?

This was a hard piece to write because it is so senseless. The question is simple: why would anyone key a Lamborghini Huracan Avio so badly that it hurts to view if you are a car enthusiast?
Advertisement

Why would someone do it? Do what? How about taking a set of keys or maybe a screwdriver or perhaps a cold punch and spending hours keying a Lamborghini Huracan Avio. The photos of the wounded Lambo are enough to make any aficionado weep.

Why did they damage it?

Imagine the owner’s shock at coming outside, after leaving his or her apartment and finding the hood gouged deeply with lines running from the windscreen to the nose and with gouges running along the sides. It’s hard to look at. Just to do the job required lots of time on the part of the vandal or vandals.

It’s bad enough that the vandalism occurred. It’s worse that the owner of a supercar cannot park his car on the street in front of his home without waking up the next morning or day only to find the finish on a $300,000 Lamborghini Huracan Avio carved up like a bad joke.

And even though the Avio is an appearance package for the Huracan, to the owner it is apparently a point of pride and, more than likely, more than a little happiness, as well.

What the vandals who scarred up, an LP610-4 Avio did was beyond conscionable. There are only 250 copies of this particular special-edition model available. Granted, it is little more than a show-for-go model, rather than anything beyond the standard Huracan, but, it is still a pile of money and a ruined investment. It will cost thousands to fix the Lambo. Indeed, it will never be the same again. If it were to go on sale at an auction tomorrow, it would likely have an asterisk beside its name and a reference to the new paint job.

Lambo produced the Avio to honor Italy’s Aeronautica Militare and the Eurofighter jets that it manufacturers.

The bottom line is that an owner of a unique Lamborghini has had the vehicle damaged for no apparent reason, other than perhaps anger and someone having more than someone else. Or, maybe it was just a bunch of vandals with too much time on their hands who just don’t care. Whatever the reason, owner of any vehicle, should be able to park their cars wherever they want with the expectation that when they return they will still look the same. It is a shame that society has come to this, now, isn’t it?