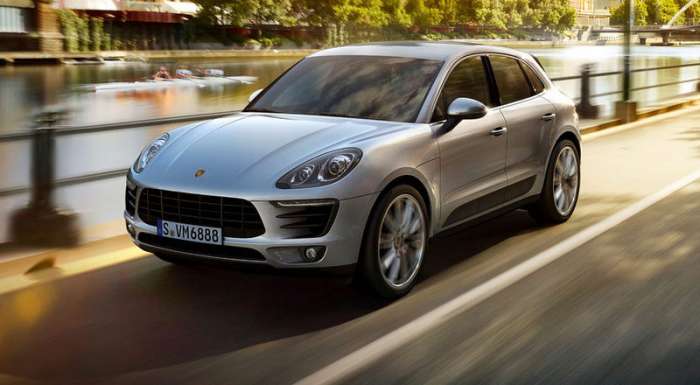 Which Porsche Is Next On Electric List? The Macan Mission E

As part of its expanding committment to electric vehicles, Porsche plans an all-electric version of its popular compact crossover Macan. The automaker has also been authorized to add another electric to its lineup.
Advertisement

If you look closely at the Dieselgate settlement in the U.S. and all of the news surrounding it, you will see a commitment by Volkswagen to move away from diesel vehicles toward electrics. The automaker promised that by 2025 it would offer 30 new diesel models as part of its enhanced commitment to electrics.

Each Volkswagen auto subsidiary, Audi, Porsche, Volkswagen (brand), SEAT and Skoda, will contribute to the corporate effort. Porsche, for example, has committed significant funding to an electric version of its Macan compact crossover. And, it is likely, the automaker said Tuesday at the Geneva Auto Show, that there may be a hybrid version of its famed 911 in the future. There may also be hybrid versions of the Boxster/Cayman sports cars. Porsche already offers plug-in hybrid versions of the Panamera sedan and the midsized crossover Cayenne.

Volkswagen’s electric push is part of an effort by the automaker to push past Dieselgate, the automaker’s self-inflicted diesel emissions scandal. Porsche is Volkswagen’s second-biggest profit center. The automaker is investing about $1.1 billion to make an electric version of the Mission E. It will be the brand’s first battery-powered vehicle with a launch expected in 2020

Detlev von Platen, sales chief, said the Mission E is just the starting point in the push toward full electrics. “We have other ideas beyond the Mission E,” Detlev during an interview Tuesday. Porsche has also been authorized to produce another electric.

Pushed by demand for premium vehicles in China, the U.S. and Europe, Porsche sold a record 238.000 vehicles last year. Von Platen said sales could hit 300,000 by 2020. “This will be a consequence of our [larger] product portfolio. However, the sales executive warned that too much growth could undermine the brand’s value. “We are happy to grow but only on a very strong basis. The brand must remain exclusive.”