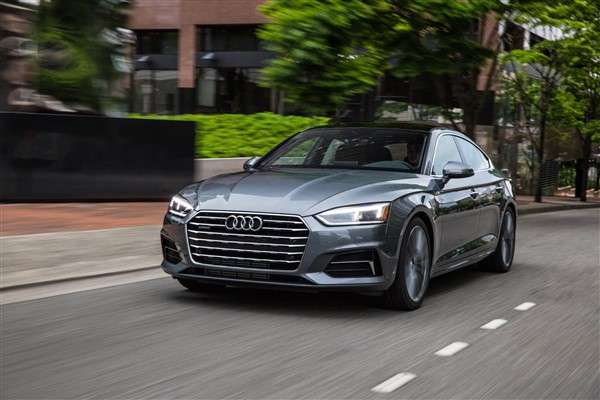 Audi has swept the luxury field in this year's Insurance Institute for Highway Safety (IIHS) ratings of luxury sedans, SUVs and crossovers.
Advertisement

Audi has pulled off something this year that no other luxury model has managed. The automaker has become the most awarded luxury manufacturer by the Insurance Institute for Highway Safety (IIHS) this year. In its testing program, IIHS has named eight Audis as Top Safety Picks. No other automaker has achieved that this year.

The models are the:

Audi is proud to lead the segmant

Scott Keogh, president of Audi of America, on hearing the news, was enthusiastic. “Audi of America is proud to lead the segment, earning more IIHS Top Safety Picks this year than any other luxury manufacturer. This recognition highlights the brand’s commitment to providing the highest levels of standard and available driver-assistance systems in our vehicles, from SUVs to entry-level sedans.”

The A4 allroad, A5 Sportback, A5 Coupe and Q5 (crossover) are the latest vehicles in the Audi family to be named 2017 Top Safety Picks. All four have standard front-crash prevention systems that earn them a superior rating. One of the features that have helped them gain their ratings is Audi’s pre sense® basic. It is a safety routine that helps to prepare a vehicle for a crash. It does this by partially closing the side windows and sunroof, as well as pretensioning the front seatbelts. Audi has equipped these cars with Audi pre sense® city, another routine that detects cornering and stationary vehicles and pedestrians at speeds up to 52 mph. When it detects a problem, the system can start full braking when a potential crash is detected.

The Q6/A6, equipped with the available driver-assistance package, was also named 2017 Top Safety Picks earning good ratings in all five crashworthiness evaluations and at least an advanced rating in Crash Avoidance.

To receive a Top Safety Pick + designation, vehicles must meet the Top Safety Pick requirements and receive no less than an acceptable rating for headlight visibility and illumination. High-beam assist (available on the A4 and standard on the A3 Prestige trim) automatically switches between high and low beams to help increase visibility for the driver. High-beam assist switches off when oncoming vehicles are detected. The IIHS Testing Program.

The A3 and A4 earned good ratings in all five IIHS crashworthiness evaluations and a superior rating for front-crash prevention when equipped with the available driver assistance package.

The A3 and A4 also earned “good” ratings in all five IIHS crashworthiness evaluations and a “superior” rating for front-crash prevention when equipped with the available driver assistance package.

Interestingly, Audi has had quite a turnaround since 2016. At that time, the A4 received a "poor" rating because it failed the small frontal overlap test. For 2018, the situation has changed as the A4 has raised that rating to "good."

stephen wrote on November 10, 2017 - 8:08am Permalink
Although Audi produces some excellent automobiles, this is nothing to be proud of. Nearly every new automobile earns the IIHS Top Safety Pick designation. It's their Top Safety Pick Plus that is awarded to the safest vehicles. To my knowledge, Genesis is the only company that garners that award for all of their vehicles (granted, it's only two). If you had to write a story to follow that sensational headline, it would certainly have to be about Genesis, not Audi.