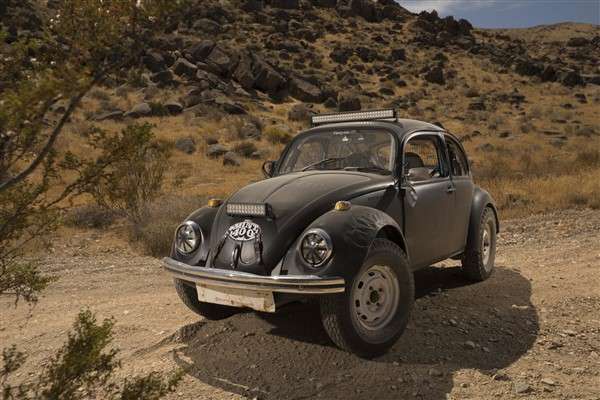 Which Brand Is Winnngest in 50-Year Baja 1000 History? VW And Its Bugs

If there is one thing certain about the "run what you brung" Baja 1000 it is that Volkswagen and its Bug have set a high bar when it comes to winning. The carmaker is the winningest in the history of the torturous off-road, outback event.
Advertisement

Back in the 1960s an iconic race as born, the Baja 1000, now the BFGoodrich TIres SCORE Baja 1000. It is one of the most grueling and demanding contests on the planet. Volkswagen’s Beetle has been the winningest vehicle. Volkwagen keeps conquering Baja 1000.

Some interesting facts about VW and the Baja 1000

When it was first run, new kinds of vehicles debuted -- some with bodywork and others looking like little more than pieces of pipe welded together with two seats somewhere in the middle; an engine in the rear, and steering gear up front. They were all based on the popular and ubiquitous Volkswagen bug. Those vehicles were called and still bear the name Dune Buggies, though there were two types, the Baja Bug for models with bodywork, and the Spartan racers for the minimalist approach (open-boded).

The Baja 1000 was a product of the dune buggy and off-road culture of Southern California in the 1960s. In the 50 years since the first flag dropped the race has become renowned for its toughness. The event retains its “run what you brung” style in that if it has wheels and an engine you can enter it. It is one of the only endurance races that pits motorcycles against four-wheeled vehicles.

Some sponsored campaigners work all year long on the vehicles that cross the Start line, putting together highly sophisticated off-road racers. The teams then run them all-out on roads that are roads in name only, often little more than ruts in the sand. A VW Bug Takes on the Baja 1000.

This year’s Nov. 14-18 endurance contest will cover 1,200 grueling miles of rocks, steep gullies, washboard roads, blinding dust and sand pits, all of which become more dangerous as the racers push through the unlighted moonscape from Ensenada, Calif. To La Paz, Mexico. The 2017 start marks the 43rd time the race has kicked off from Ensenada and the 21st time it winds up in La Paz. It is also the last leg of the four-round Score World Desert Championship. A VW Bug Takes on the Baja 1000.

First Race Claims Over Half Of Entrants

The first Baja run was officially known as the Mexican 1000 when cars hit the starting line Oct. 31, 1967. The first race, from Tijuana to La Paz, was only 950 miles long. It was brutal as it claimed more than half of the vehicles that entered. In the first race, 68 cars, offroad vehicles, and bikes that started, while only 31 finished. The winning time was 27 hours 38 minutes.

During the race, there was no official course, just five checkpoints to go through. How each vehicle navigated the dirt roads and trails between checkpoints was up to the team running the entry.

For most of the first race, motorcycles led, however, the ultimate victory went to the Meyers Manx, a dune buggy built by Bruce Meyers, based on a Volkswagen Beetle chassis, of Vic Wilson and Ted Mangels. There have been lots of motorcycle winners, too.

The Manx was the first four-wheeler to attempt the run. The Manx sparked the rise of the Baja Bug, a Beetle modified for plunging into the harsh environment faced by desert racers.

Indeed, there are organizations, such as the California-based Mojave Off-Road Enthusiasts group, that run air-cooled VW racers. Volkswagen has also acquired such a vehicle – a Class 11 model, built by Desert Dingo Racing. It now resides in the automaker’s Heritage Collection of historically significant VW vehicles.