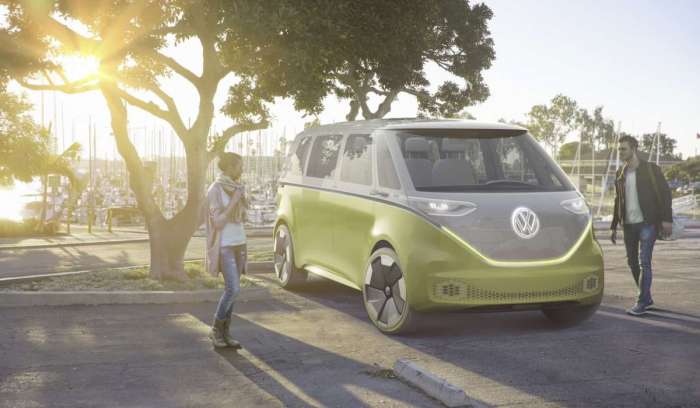 As Volkswagen rapidly turns its line from primarily internal combustion to electric, the automaker has turned at times to the past for its new models. That trend will likely continue as the carmaker is reportedly going to build a version of the classic dune buggy as an I.D. electric car offering.
Advertisement

Remember when Volkswagen built the Meyers Manx dune buggy? Yes, it was years and years ago, right? Or, was it? Let me search my memory bank to see if I can help out this mystery. I’ve been around cars and car writing for longer than a breadbox, and I don’t remember that particular vehicle.

I know that there was a Meyers Manx dune buggy, built on a Volkswagen Bug platform, but, that was a long time ago, and the factory had no role in that particular vehicle, either.

So, where did the current story come from? I believe it is the current edition of the British auto mag Autocar. The company broadly hinted to the publication that it might be reviving the Manx as a member of the I.D. family of electrics. I.D. is the name of the Volkswagen family name for VW electric vehicles.

And, as the automaker rolls out more members of the family, it is taking its cues from the past for some of them. For example, the automaker has chosen to model the I.D. Buss, the MPV version of its electric microbus on the classic VW Microbus that was so popular with people in the 1960s.

So, you may be wondering with VW returning to the past for some of its future offerings, why you could not remember the Manx. Well, here’s the reason, the automaker never built one. Instead, it is looking at reviving the Dune Buggy as a VW electric product, but, the original version wasn’t put together by VW.

The Meyers Manx, an iconic fiberglass-bodied dune buggy, first turned up in 1964. The buggy set the tone for the dune buggies of the 196os where the kit-car conversions, using the VW Bug floor pans, sprouted up like wild plants. The Manx, which used the complete floor pan, featured the rear-engine-rear-drive of the original. Most of the time, the tailpipe was under the rear of the buggy, but some of the time, there were stinger tailpipe versions that pointed upward.

The official VW version of the 1964 dune buggy will be electric and will use the MEB modular platform that underpins the new burgeoning number of models being planned or built by Volkswagen. The MEB platform will support some vehicles that have ranges of up to 340 miles. Some will be able to charge at up to 125 kilowatts.

Some of the designs may be like the Manx quite minimalist. They will likely need fewer batteries than others. Reports indicate that VW will use two electric motors to give it all-wheel-drive and estimated horsepower of 369.

VW Headed Back To The Future
Volkswagen went back to the future last year when it rolled out the concept and later real version of the I.D. Buzz microbus. The automaker’s lineup of electrics will likely range from an urban hatchback to a long crossover to the I.D. Buzz MPV (multi-people mover).

VW has been stating for more than a year, as well, that by the end of next year it may have as many as 27 electrics, based on the MEB, including vehicles from its four auto subsidiaries (Volkswagen, SEAT, Skoda, and Audi). It will also have versions built by Porsche which is known for its performance.

Peter Vella wrote on December 20, 2018 - 3:26pm Permalink
The Manx by Bruce Meyers was one of the most copied designs in automotive history. Volkswagen did respond to the popularity of off road leisure vehicles such as the Manx, the Jeep Wrangler, and the Ford Bronco by producing the “Thing”. It was a convertible military vehicle that VW did up in bright colours. It used a Beetle layout.