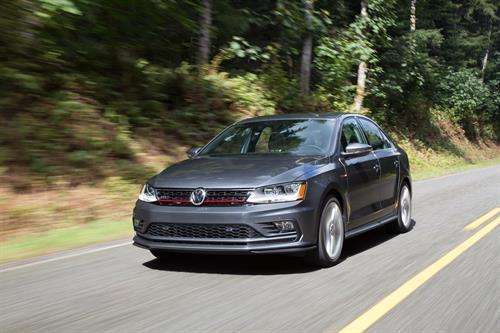 With all the piece suddenly falling into place, it looks like Volkswagen has weatheed the Dieselgate scandal successfully. Though there are still some possible snags out there, by and large, the road is becoming smoother for the world's number two automaker.
Advertisement

Coming in rapid-fire sequence, Volkswagen and owners of 80,000 3.0-liter rigged turbodiesels have reached an agreement in principal that provides the owners with “substantial compensation.” The deal knocks down what had been a major stumbling point in the German automaker’s quest to resolve its self-inflicted emissions rigging scandal, also known as Dieselgate.

At a hearing in San Francisco U.S. District Court Friday, Judge Charles Breyer did not disclose the amount of owner compensation. It is not included in the $1 billion settlement announced earlier this week between VW and regulators. Thursday’s agreement is a two-step. It allows half of the compensation to be paid when Judge Breyer nods in final assent to the arrangement. On another note, Judge Breyer also announced that some of the 3.0-liter turbodiesel fixes might not be approved until 2018.

Volkswagen and regulators, earlier this week, reached a $1 billion settlement. The settlement offers to repurchase about 20,000 of the rigged 3.0-liter turbodiesels; fix the remainder, about 60,000, and add $225 million to a mitigation trust fund. The trust fund has been set aside to mitigate damage caused by the excess emissions. The 3.0-liter turbodiesels have been found to emit up to nine times the allowable limits of oxides of nitrogen (NOx), a key pollutant in diesel emissions.

That settlement covered luxury VW, Porsche and Audi vehicles, equipped with 3.0-liter turbodiesels. The earlier agreement means VW will spend as much as $17.7 billion in the U.S. This figure resolves claims from owners, as well as federal and state regulators, who sued over the rigged, polluting diesel powerplants. The $1 billion is in addition to the compensation figures worked out with 3.0-liter diesel owners.

Jeannine Ginivan, VW spokeswoman, said details of the agreement in principal would remain under wraps for the moment. She also indicated VW was pleased with the deal. Judge Breyer set the following deadlines: the final agreement must be filed in court by Jan. 31; he expects to hold a Feb. 14 hearing to approve the deal. The Federal Trade Commission is supposed to adopt the deal, as well, the jurist said.

Thursday’s settlement is the second major compensation plan in the Dieselgate scandal. In October, Judge Breyer okayed an agreement worth about $16.5 billion. The earlier agreement, covering 2.0-liter four-cylinder turbodiesel engines, was worth about $10.03 billion in compensation to the U.S. owners of 475,000 rigged turbodiesel vehicles. The settlement includes an offer to repurchase all vehicles. There was an offer to fix cars if a repair had been approved. However, since there is no recommended fix for the 2.0-liter fours, the only alternative is repurchase plan.

To date, said Robert Giuffra, an attorney for Volkswagen, nearly 200,000 customers have been offered buybacks. Further, 104,000 have accepted the offer. The value so far is near $2 billion. Earlier, there was an indication that more than 370,000 of the 2.0-liter owners had agreed to participate in the program.

The first compensation plan pays owners of 2.0-liter powerplants from $5,100 to $10,000 in compensation. The buyback portion of the program is based on the value of vehicles in September 2015, when the scandal broke wide open. The value relies on the values found in the used car value guides published by the National Audi Dealers Assn. The guides are acknowledged as one of the standards of the car industry.

The latest compensation agreement – 3.0-liter V-6 turbodiesels – may add another $400 to $800 million to the tab that VW is facing. One bright spot for the automaker is that the $300 million that Robert Bosch has agreed to pay in settlement for its part in the Dieselgate affair may help cut VW’s compensation costs.

Volkswagen is still facing huge fines and penalties as there is still an ongoing Department of Justice investigation, as well as a civil suit that seeks up to $46 billion from VW for violating clean air laws. And, there are still pending claims from states and regulators. It is possible that all of this could be settled before the Obama administration leaves office in January.