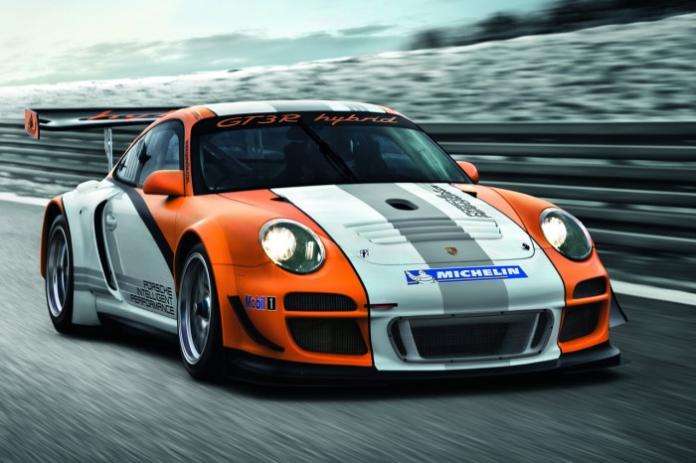 There has been a change atop Porche's highly successful North American Motorsports unit. Jens Walther, who has headed the unit for seven years, has moved to Porsche Leipzig as director of sales and marketing while Dr. Dan Ambruster, a 17-year veteran of the unit.
Advertisement

There has been a change at the top of Porsche Motorsports North America (PMNA) that sees a veteran of the Porsche subsidiary take over the reins of the division from someone who has piloted PMNA successfully for seven years. During his tenure as president and chief exec of PMNA, Jens Walther has taken the wholly-owned Porsche subsidiary in new, favorable directions.
Porsche Motorsports Expands in New Directions
For example, under Walther PMNA branched out in new directions, including taking part in racing at new venues; developing new racecars such as the Cayman GT4 Clubsport MR and with the creation of the successful historic Porsche racecar restoration program. Walther moves from PMNA to Porsche Leipzig, where he will take over as director of sales and marketing.

Taking Walther’s place will be Dr. Daniel Armbruster. Dr. Ambruster takes the helm on Sept. 1. Most recently, manager of the Motorsport Quality Management division, Dr. Armbruster came to Porsche AG 17 years ago. He was responsible for the innovative 911 GT3 R Hybrid racer.

PMNA was founded more than 30 years ago as the only authorized sales, parts and service provider in the U.S. and Canada for all purpose-built Porsche racecars, including the 911 GT3 Cup, 911 GT3 R and the Cayman GT4 Clubsport MR. Also, PMNA provides trackside support in the WeatherTech SportsCar Championship and the Pirelli World Challenge series.

Offering restoration services for vintage Porsche racecars, the PMNA has been a part of the Porsche Experience Center in Carson, Calif., south of Los Angeles since November.

“We would like to thank Jens Walther, who has boosted the professionalism of Porsche Motorsports North America over the last seven years, which has led to many successes,” Dr. Frank-Steffen Walliser, vice president motorsport, and GT cars, said. He continued by lauding Armbruster, calling him “an outstanding and experienced manager with many years of experience in Porsche Motorsport.”
Source: Porsche