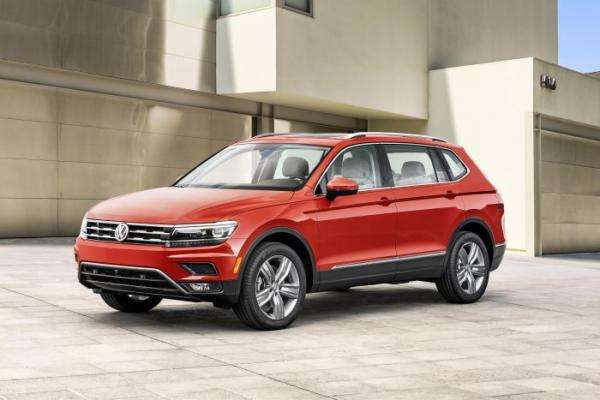 A couple of months ago, the first stories appeared wondering aloud just where the new, longer Tiguan belonged. Was it to be an attempt to challenge the Chattanooga-produced three-seat crossover Atlas or was it just a replacement for an existing model? VW this week confirmed where the new Tiguan sits in its lineup, and it isn’t close to the Atlas.

Yes, front-wheel-drive Tiguan sits on a longer wheelbase (about 4.5 inches), the length adds 10.5 inches overall. The automaker has used the added space for a third row – standard on some models; optional on others, like the base Tiguan S. Tiguan Can Go Offroad as Auto Magazine finds

Contrary to speculation, the longer Tiguan is still very much a mid-sized crossover. It sits squarely in the mid-sized crossover space and makes no pretense at being anything else. Buyers should appreciate the longer wheelbase. The standard engine on Tiguan lineup is VW’s 2.0-liter turbocharged gasoline four. The engine cranks out 184 horsepower and 221 pounds-feet of torque. It is mated to an eight-speed automatic.

VW has decided to continue to sell two lines of Tiguan, the shorter version, on sale for the last few years, and the newer longer version that is arriving in showrooms now.

The base S model offers the three-row configuration standard. The third seat is optional and a bit more expensive on other models. There are three more models in the Tiguan lineup, the SE, SEL and SEL Premium.

Each Tiguan is available as a front-drive or with the optional 4Motion All-Wheel-Drive system. If you opt for the all-wheel-drive version, you will find it is $1,300 more expensive. And, unless you stick with the base model, offering the third row as standard, you will see that the third seat in the other lines will cost another $500.

Toyota's First EV Will Have a Name of BZ: Toyota BZ
First Videos From Inside The Boring Company's Las Vegas Loop
END_OF_DOCUMENT_TOKEN_TO_BE_REPLACED