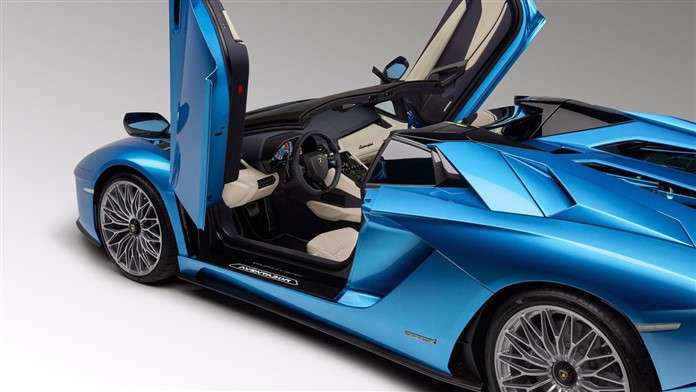 Lamborghini plans to use this month's Frankfurt Motor Show to unveil the new Aventador Roadster S. The automaker has designed the drop-top model so it is uniquely styled and differs from the already-available coupe.
Advertisement

If you think it is a simple matter to introduce an open-air or drop-top version of a model, it is not. For example, let's say the automaker is launching a cabriolet version of a coupe. To do that, the automaker has to re-engineer the cabrio version so that while it may have lines that are similar to the hardtop, there’s more going on under the skin.

When an automaker takes away the roof, the vehicles loses its stability. Instead of having the rigidity and body stabilization offered by the hardtop, those elements are gone. However, the automaker has to build in safety. To do so, the carmaker adds structural support – usually I-beams – that run the length of the car. From those I-beams, the automaker adds a series of support trusses to insert the lost stability.

Of course, when you make significant changes other issues arise. Done incorrectly, body panels and other internal members won’t align properly which can lead to quality problems, at the least, or handling and other problems.

Most of the time now, thanks to computer modeling software, convertible bodies are done well so that you don’t know whether the vehicle has a top or not unless you drop it, of course.

Many times, as well, drop-top versions of cars are quite different than their hardtop siblings. Indeed, the difference between the Aventador S Roadster that is to be introduced later this month at the first major auto show of the year in Frankfurt, Germany. The editors of Motor Trend had a chance to look closely at the roadster and noted that it features a unique design. Lambo uses special venue to display special models.

While the lines are exclusive to the roadster, the open-air Aventador shares performance specs with its coupe sibling. They share the same V-12 powerplant. The 6.5-liter engine cranks out 730 horsepower and 509 pound-feet of torque. The powerteam moves the coupe from 0 to 60 in 2.9 seconds. The roadster nearly matches the coupe’s performance. It is a mere 0.1 seconds slower than the coupe, moving from 0 to 60 run in 3.0 seconds. It does share the same top speed – 217 mph – despite the fact that it is 110 pounds heavier due the added internal bits needed to ensure a tight vehicle.

Getting back to the design of the Aventador S, Motor Trend notes that the Lamborghini gave the open-air version unique lines to enhance the roadster’s “aerodynamic character.” Designers placed an engine bridge in the rear window that extends to the back of the drop-top. This move mixed the body color with the matte-black painted carbon fiber hood blades.

Owners can personalize their roadsters

As for the interior, Lambo offers leather and Alcantara combos as well as different stitching schemes. For real personalization, buyers can also turn to Lamborghini’s Ad Personam customization program.

Owning the Lamborghini Aventador S Roadster is not for the faint of heart. With deliveries set to begin next February, drivers can expect to fork over nearly half-a-million dollars own one.