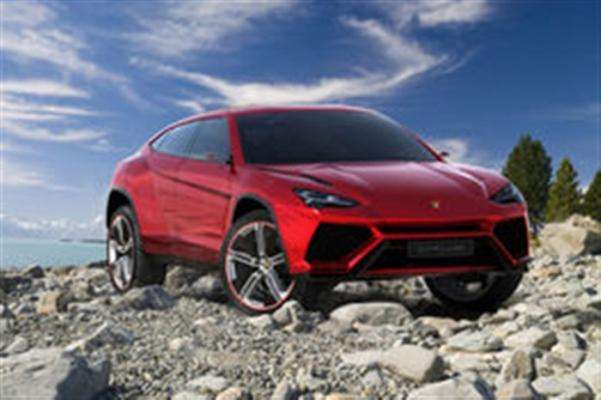 Lamborghini recently confirmed that its new full-sized SUV, the Urus, will employ a 650-horsepower twin-turbo V-8. It will also use a front-engine-all-wheel-drive layout and seat four.
Advertisement

If you are among the 1,000 lucky buyers who also have about $200,000 laying around, ready to invest in a super-sports ute, then Lamborghini will have a vehicle that’s just the one you want, the Urus. Plans call for the unveiling before the end of this year at the marque’s headquarters and factory at Santagata Bolognese, Italy. Lambo showed the concept vehicle at the 2012 Bejing Auto Show.

Urus Will Be Full-Sized SUV

The Urus is no shrinking violet. It is a full-sized sports ute. At nearly 200 inches long and 78 inches wide, it takes up a lot of street real estate. It will also have an engine befitting a full-sized SUV. Stefano Domenicali, chief exec of the Volkswagen subsidiary, recently told European Automotive News, that the powerplant would be a twin-turbo V-8 that can put out up to 650 horsepower. Lambo confirms new SUV specs

The Urus uses the same platform that VW employs for the Audi Q7, Bentley Bentayga, Porsche Cayenne and Volkswagen Touareg. Interestingly, the Urus will likely be lighter than others in the VW stable because it will use carbon fiber reinforced polymer. Like other VW Group SUVs, the Urus uses a front-engine, all-wheel-drive layout. Its lines are very reminiscent of four-door “coupe” SUVs on the market. It will seat four Its interior features more than enough space for the driver and passengers.

Plans call for European sales of the Urus in the second quarter of 2018. U.S. sales are scheduled to follow in the U.S. The Plans also call for the automaker to employ the same twin-turbo V-8 in a plug-in hybrid, slated for launch in 2019, a year after the standard market to go on sale. Here's A Lot More About the Lambo Urus

Domenicali indicated the Urus would share its assembly line with the Huracan and Aventador super sports cars.

Lamborghini, one of the super-luxury brands that are part of the Volkswagen Group, plans to begin production with 1,000 Urus next year. Production could ramp to 3,500 units or more in 2019 if demand grows.