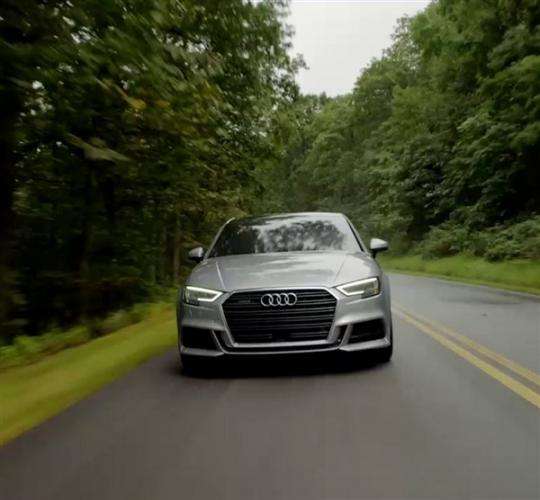 Just why did Audi compare women to cars?

The bigger question that is left? Why would they have done it in the first place?

What on earth was Audi thinking? China hugely upset at Audi ad

Here’s the scene: A young couple is getting married in China. They stand before the clergyman, and he’s saying something like: “Does anyone have any reason…” (you know the line)? When up pops the groom’s Mom, who walks over to her almost future daughter-in-law.

Momma grabs the young woman by the nose and looks behind and in her ears and other parts. Seeing everything is to her satisfaction, she smiles as she walks back to her seat.

What’s wrong with the commercial, one might ask? Plenty, as Audi found out in China. Look at a bit more of the spot.

In a moment, the scene changes and viewers see an Audi driving down a street. A male announcer intones: “… an important decision must be made carefully (in this case, the bride).” The scene ultimately shifts to a shot of used Audis. The announcer says: “Only with official certification can you be rest assured.”

Then and there you have it – cars and woman are the same. To say that consumers in China were unhappy is putting it mildly. The Weibosphere (China’s equivalent of Twitter) exploded. The reaction was not kind to Audi and its alarmingly weird comparison TV spot.

Weiboers called the Audi ad, among other things, sexist, unacceptable and disgusting. Indeed, some consumers were going so far as calling for a boycott of Audi’s products.

Almost immediately, VW, Audi’s parent, pulled the ad. Audi also announced it was conducting an internal probe to make sure ads like this one wouldn’t appear again
.
Audi calls the perception created by ad not automaker’s view

An Audi spokesman said, in a statement: “The ad’s perception that has been created for many people does not correspond to the values of our company in any way.” FAW-Volkswagen, VW’s used-car division in China, produced the ad.

Ordinarily, you can almost forgive an ad like this, but this time, not so much. The reason is that less than a year ago, Audi had to pull an ad from TV in the United Kingdom for similar work. The reason, said the Advertising Standards Authority, was that the ad promoted reckless driving. The Standards Authority regulates media advertising throughout the U.K. ruled the ad wasn’t appropriate.

Audi has been seeking to build its image as a champion of gender equality. This ad has set that effort back by who knows how many years. It leads you to wonder about perceptions of society. In a Super Bowl ad last year, where Audi paid primo rates, the automaker showed a group of kids getting ready for a soapbox-style derby. The boys were shown talking things over and planning something while the girl looked confident. She had reason to be as she beat the cheaters easily. The moral to this ad was the women have to be valued as women. This new ad stands in direct contrast to that ad, entitled, "Daughter." Audi ad sets back gender equality message.