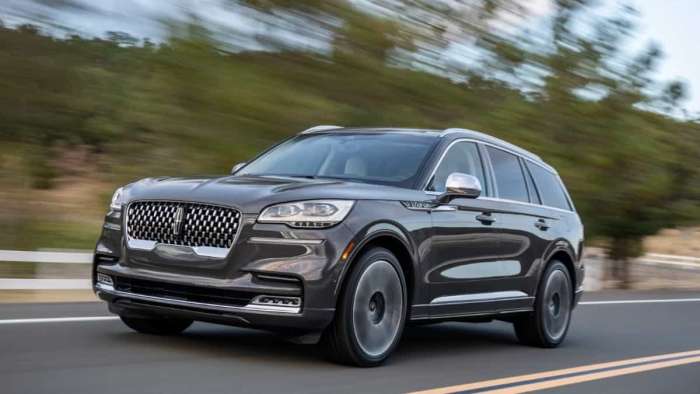 As reported several weeks ago in Torque News, the rollout of the Lincoln Aviator and its corporate twin, the Ford Explorer, has been anything but smooth. Now, the automaker is either buying back or replacing Aviators to keep customers happy.
Advertisement

Ford is just not able to win with its new Explorer/Aviator line. As readers of Torque News may remember a few weeks ago, the rollout of the Explorer/Aviator was anything but smooth. Ford has been shipping completed Aviators from their manufacturing site in the Chicago Assembly Plant to the Flat Rock Plant in Dearborn to fix various problems. The rollout of the Aviator and its corporate twin, the 2020 Ford Explorer, has been anything but smooth.

Some Of The Problems Plaguing The Aviator

The problems that have plagued the Explorer/Aviator include:

The problem had become so acute earlier in the model year that Ford tasked its performance partner, Roush, with assisting in the repairs. This assistance had followed earlier reports that the Flat Rock repairs required overtime.

Ford Offers To Buy Back Or Replace

With that said, Ford has also opted to either buy back or replace Lincoln Aviators (and one supposes its corporate twin the Explorer) from customers who complain. Indeed, The Detroit Free Press quoted a customer who praised the automaker for its “responsiveness” to the issue and in resolving the reported problems.

The customer, Laurel Spencer, who had purchased a Lincoln Aviator, said she experienced problems with her SUV within two days of taking delivery. Lincoln worked and reworked the issues to the point that after 10 weeks, the automaker replaced the Aviator. She had praise for the “tremendous amount of responsiveness” the Ford luxury division displayed in resolving the issues.

Bette Bogdan, another Lincoln customer, apparently has soured on her Aviator experience. She hopes to be able to replace her SUV with either a Lincoln Continental or a Ford model.

Bogdan called her Aviator, “a demon.” Her SUV wouldn’t back up correctly as it suddenly many times in the middle of doing that maneuver. Also, she indicated that the rearview mirrors, at times, flapped like wings. Lincoln has taken responsibility for the issue and has notified the unhappy Aviator owner that they will either repurchase or replace the SUV with another.

Another owner reportedly noted that the interior of his loaner Aviator showed signs of leakage and other marks of a damp interior. He was driving the loaner luxury SUV while his Aviator was in the shop for repair.

Another frustrated owner reported that his Aviator has dual safety issues. The first is that the SUV accelerates at full throttle by itself. And the second is that the Aviator won’t go into Park. It is a worrying problem for this owner who is afraid to drive the SUV when the dealership notifies him of the completion of the repairs to his Aviator.

SUV Important To The Bottom Line

It isn’t a great situation for Ford as the Explorer/Aviator has been one of its bread-and-butter models for years. To the manufacturer’s credit, they are actively working with their customers to repair or replace faulty models.

Marc Stern
has been an auto writer since 1971. It was a position that filled two boyhood dreams: One was that I would write, and two that I write about cars. When I took over as my newspaper’s auto editor, I began a 32-year career as an automotive columnist. There isn’t much on four wheels that I haven’t driven or reviewed. My work has appeared in Popular Mechanics, Mechanix Illustrated, AutoWeek, SuperStock, Trailer Life, Old Cars Weekly, Special Interest Autos, and others. Today, I am the Ford F150 reporter for Torque News. I write how-to and help columns for online sites such as Fixya.com and others. You can follow me on Twitter or Facebook.