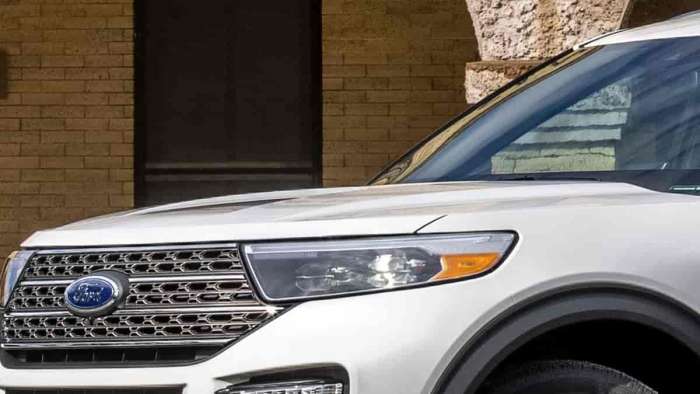 Ford has given a boost to the Explorer lineup with the addition of a King Ranch Package. The King Ranch Package has been a stand out for the F-150 line where it has stood for quality, workmanship, workability, and it has stood out in those roles and more since Ford and the fabled ranch joined forces over the original King Ranch F-150 20 years ago.
Advertisement

One of Ford's fabled high-end editions has been the King Ranch option. If you wanted an F-150 that was something special, you ordered the King Ranch edition. It has been on Ford's order sheet for 20 years.

Taking the best-selling Explorer to a new level, Ford has added a King Ranch edition to the Ford Explorer stable. The Explorer is the all-time best-selling SUV in America, and the King Ranch option should make the model even more popular. Its addition to the Explorer line will give mid-sized SUV customers an all-new, rugged, premium appearance package with the uncompromising quality, craftsmanship, and authenticity of the iconic Texas Ranch.

"In 1853, Captain Richard King bootstrapped the King Ranch in the harsh landscape of southern Texas until it became a shining example of agricultural and livestock innovation and success," said Lee Newcombe, Ford Explorer marketing manager. "Ford Explorer families can now enjoy a piece of the King Ranch's renowned craftsmanship and the multigeneration legacy that still thrives 168 years after its founding."

The Explorer King Ranch is the latest addition to the broadest Explorer lineup. It celebrates 20 years of Ford's collaboration with the legendary South Texas cattle ranch, beginning with the 2001 F-150 King Ranch when Ford and King Ranch teamed up to build a more upscale western-themed truck.

Meantime, Ford continues to innovate with the Explorer. For 2021, the company is responding to customer demands with the King Ranch edition and the introduction of the XLT Sport Appearance Package. Also, new interior trim finishes and new exterior colors, with numerous enhancements to the interior, including brighter paints, elevated finishes, and higher-quality materials for a brightened, more premium ambiance. 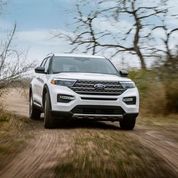 The introduction of Explorer King Ranch marks 20 years of Ford's relationship with the iconic Texas cattle ranch, beginning with the 2001 F-150 King Ranch when Ford and King Ranch teamed up to build a more upscale western-themed truck.

The Explorer, King Ranch edition, will start at $52,350 MSRP for rear-wheel-drive configuration and $54,350 MSRP for four-wheel drive. It will be available in dealerships this spring.

LG's New EV Battery Plant Is a Welcome News for Tesla
Tesla Giga Berlin's New Hurdle: It's Not Only the Gov't, but Now Tesla Itself
END_OF_DOCUMENT_TOKEN_TO_BE_REPLACED