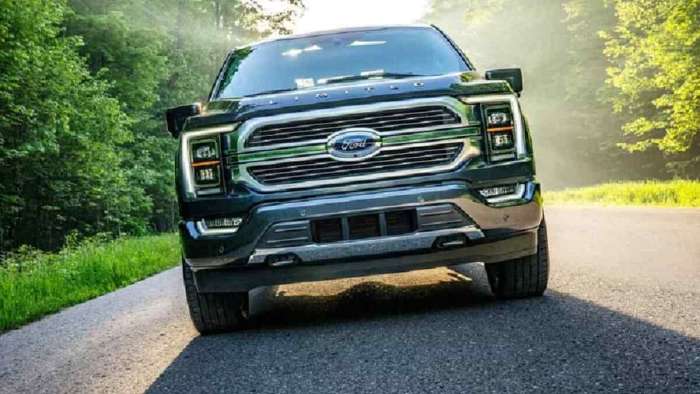 Ford has added another 58,000 F-150 pickups to its recall of the vehicles for problems with driveshaft insulators.
Advertisement

Last year, Ford recalled nearly 200,000 2021-2022 F-150s for a driveshaft problem. As Torque News reported at that time, the driveshaft issue could cause the device to fracture, leaving the pickup "dead in the water," so to speak. That recall was in December.

The problem, at that time, was related to noise insulators. Underbody heat and noise insulators weren't correctly adhered to the body. Next, according to Autoblog's reporting this week, the insulators could "loosen and contact the aluminum driveshaft." The resulting contact could score the driveshaft "in a way that could lead to a fracture," as Autoblog noted.

In another scenario, described in the paperwork sent to the National Highway Traffic Safety Administration (NHTSA), a parked pickup might roll because the pawls that grab the driveshaft to keep the pickup from rolling have nothing to grab onto because the driveshaft is broken. When the gearshift lever in a vehicle is placed into Park, a set of pawls automatically deploys, grabbing the driveshaft, keeping the vehicle from moving. Like other vehicle manufacturers, Ford notes that the Park setting isn't the total solution to keep a vehicle from rolling. Instead, the automaker urges drivers to set the parking brake as well.

How To Determine If Problem Exists

Autoblog notes that owners can tell if their vehicle is affected by the problem by looking at their pickup's body to see if there are loose "or hanging underbody" insulators. There might also be "rattling, clicking, or clunking" noises from under the vehicle. Owners can also check to see if there is scoring on the driveshaft. The automaker says it is unaware of any accidents or injuries related to this recall.

According to Autoblog reporting, pickups included in the December recall were Crew Cab four-wheel-drive models with a 145-inch wheelbase. Further, the specific vehicles involved were reportedly those with the 302A equipment group, "which adds the problematic sound insulation package."

The vehicles involved in the new recall were "' neither designed nor intended to be built'" with the insulators.

According to Autoblog, "it sounds like a small number of trucks not optioned with the relevant packages were fitted with the insulation, expanding the included trims to variants like the two-wheel-drive Regular Cab."

Ford told Cars.com that it thinks only three percent of "this new recall population is affected" by the insulation problem. The trucks were built at the Dearborn Truck plant between January 22, 2020, and November 2, 2021, and at the Kansas City Assembly plant between June 1, 2020, and October 15, 2021.

Ford will mail owner notification letters to customers on September 5, 2022. Once owners have received their letters, they can schedule a free inspection of the driveshaft. A dealer technician will repair driveshafts and properly attach the underbody insulators if a problem arises.

For more information, owners can contact Ford customer service at 866-436-7332. The Ford identifier for this recall is 22S53. Or, owners can contact the NHTSA Vehicle Safety Hotline at 888-327-4236. The safety agency's identifier for this recall is 22V623. Owners can also contact the agency website for more information at www.nhtsa.gov.
Marc Stern has been an automotive writer since 1971 when an otherwise normal news editor said, "You're our new car editor," and dumped about 27 pounds of auto stuff on my desk. I was in heaven as I have been a gearhead from my early days. As a teen, I spent the usual number of misspent hours hanging out at gas stations Shell and Texaco (a big thing in my youth) and working on cars. From there on, it was a straight line to my first column for the paper, "You Auto Know," an enterprise I handled faithfully for 32 years. Not many people know that I also handled computer documentation for a good part of my living while writing YAN. My best writing, though, was always in cars. My work has appeared in Popular Mechanics, Mechanix Illustrated, AutoWeek, SuperStock, Trailer Life, Old Cars Weekly, Special Interest Autos, etc. You can follow me on: Twitter or Facebook.