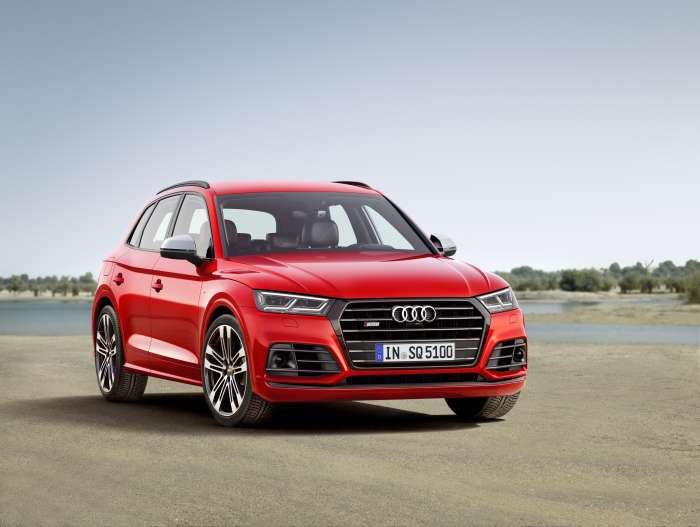 Despite Steps In The U.S., When Will Dieselgate Be Ending?

The Dieselgate scandal took another step toward winding up in th United States as Volkswagen agreed to pay up to $4.04 billion to take care of repairs 78,000 3.0-liter V-6 turbodiesels affected by the diesel cheating scandal and buybacks to another 22,000 that cannot be repaired.
Advertisement

Although Volkswagen has managed to survive its long and winding trip to settle the U.S. portions of its self-imposed emissions scandal, it still has a way to go in Europe. At The moment, the automaker is facing hundreds of consumer and stockholder suits seeking about $9 billion in damages.

And, then there’s the question of various criminal investigations that are still ongoing. Prosecutors in Bavaria are looking closely at just who knew about the scandal. There are indications that former chief executive Martin Winterkorn was informed of the scandal long before he indicated he had any knowledge. And, there have been other suggestions that other officials may have known about it, as well. Former VW Chief Exec May Have Known About Emissions Cheating Early

In a sense, the VW emissions scandal is winding down as many parts of it have already been settled in the U.S. And, now that is out of the way, investigators can turn their focus to those involved. The U.S. has charged seven execs, five of whom are not stepping foot outside Germany because they would like as not be extradited to the U.S. to stand trial. When Did VW Executives Know About The Dieselgate Scandal

If you think that is not likely to happen, then consider the fate of Oliver Schmidt, an engineering executive with the automaker. A couple of weeks ago, as he waited for a plane at Miami International, trying to head home from a Florida vacation, the FBI picked him up and has been holding him ever since as a flight risk.

Schmidt is the second executive who has faced charges in the United States. The first, James Liang, has pleaded guilty and is awaiting sentencing in the scandal. He is also cooperating with the FBI. The other five execs have been told by their lawyers to stay in Germany where they are unlikely to be extradited to the U.S.

Meantime, in what has been called the last major roadblock to Volkswagen putting its self-inflicted diesel cheating scandal firmly in its rearview, the Volkswagen Group and Robert Bosch have agreed to buy back or fix and compensate owners of VW, Audi and Porsche turbodiesel vehicles. The vehicles have diesel emissions software installed.

Hinrich Woebcken, chief exec of the VW Group of America, said now owners of the offending diesels “will have a resolution available to them. We will continue to work to earn back the trust of all our stakeholders.”

The settlement, outlined in Tuesday’s Automotive News, covers 78,000 VW Touareg, Porsche Cayenne and the Audi Q7 crossover, as well as the A6, A7 and A8 sedans. VW equipped 2009-16 turbodiesels with VW’s 3.0-liter V-6 or 2.0-liter, four-cylinder engines.

Attorneys filed the plan in the courtroom of Judge Charles Breyer, who has been handling the Dieselgate settlement in his San Francisco U.S. District Court courtroom. The judge set a Feb. 14 hearing on the agreement.

The final settlement figures assume that all of the fixes work as planned. However, if regulators reject, proposed fixes, VW’s costs will rise dramatically to $4.04 billion as owners will receive much more in compensation. The Federal Trade Commission (FTC) unanimously backed the deal.

VW has agreed to buy back 2009-12 Volkswagen and Audi 3.0-liter turbodiesels. The automaker believes it can fix 2013-16 Volkswagen, Audi and Porsche 3.0-liter vehicles.

In a separate agreement, Robert Bosch, the industry’s largest parts supplier, has approved payment of $327.5 million to compensate owners of polluting 3.0-liter and 2.0-liter turbodiesel engines.

Bosch supplied the software that’s at the heart of the diesel cheating scandal. Owners sued Bosch in 2015. Their suit said Bosch had helped to design the “defeat device” software that enabled Volkswagen to bypass emissions rules. The lawsuit declared that Bosch was a “knowing and active participant” in the emissions rigging scheme.

Under the agreement, Bosch pays $163.3 million to pay 2.0-liter turbodiesel claims. Owners of 3.0-liter turbodiesels will divide up $113.3 million. Owners of 3.0-liter diesel engines will receive about $1,500, while 2.0-liter diesel owners will receive about $350. Bosch didn’t admit wrongdoing or liability. Bosch supplied similar technology to Fiat Chrysler Autos (FCA). FCA is the subject of its emissions probe by the U.S.

With the FTC settlement, the Dieselgate scandal has nearly played itself out. Already, the automaker has agreed to an additional $225 million for the $2.7 billion mitigation fund that it had initially paid in the civil settlement last June.

In bringing the emissions cheating scandal to a close, Volkswagen has also admitted it had installed scamware that allowed vehicles in the U.S. to emit high levels of nitrous oxides. Testing showed that the 2.0-liter four-cylinder turbodiesels covered by the settlement emitted up to 40 times the allowable levels of the pollutant. Vehicles using the cheatware appeared to pass tests.

With the final settlement nearly in place, Volkswagen’s total tab for the Dieselgate scandal is almost $10 billion more than the $16.5 billion the automaker agreed to pay. The entire settlement for the Dieselgate scandal is now up to $25 billion. That money will be used to pay owners, environmental regulators, states and dealers. It will also be used to repurchase up to 500,000 polluting vehicles.