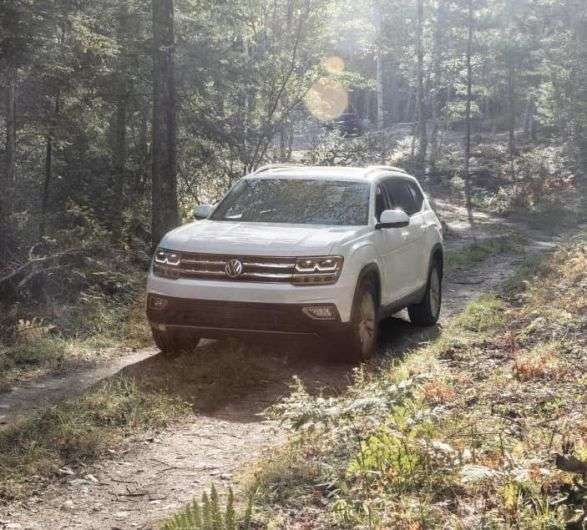 Atlas carries VW on its back; 2018 Tiguan helps

With a combined total of about 45 percent of total sales, VW's Atlas and Tiguan are carrying the automaker's sales boom. With sedan sales lagging -- the Golf family is the exception -- the automaker must be happy that Atlas is in the mix.
Advertisement

Having been an automotive writer for a long time – don’t ask, don’t tell – I can say I have seen a number of awards made by car writers. For example, every year the New England Motor Press Assn. gets together in the middle of some of the worst weather imaginable – they love it, believe me – and they thrash around the outback to try and find the best vehicles for winter weather, and, by extension the rest of the year. I guess the thinking was, when they dreamed this torture test up, that if a vehicle can handle snow, ice, rain and any manner of road surface in the winter, then it should be good for the rest of the year.

Likewise, other auto writing groups like to find a particular niche and hold onto it, all the while testing vehicles. For example, the Northwest Automotive Press Assn. (NWAPA), likes to bounce around the outback – there’s certainly a lot of it out there – to find things like the “Best Family SUV” of the year. And, after some pretty grueling driving – auto writers tend to wring things out when they are behind the wheel – NWAPA found that the 2018 Volkswagen Atlas fill the bill.

NWAPA has been doing its outdoor activity bash for more than 20 years so they have perspective on how to make things happen. Like the New England group’s winter weather testing, NWAPA goes through some pretty exacting tests before they name the best SUV or crossover or pickup available.

Says Derrick Hatami, executive veep for Volkswagen’s sales and marketing effort, “We are delighted that the journalists of NWAPA picked the Atlas as the Best Family SUV for 2018. In a very competitive segment, the Atlas delivers a winning combination. Its spaciousness, configurability, and capability make it an ideal vehicle choice for buyers all over the U.S.”

In choosing VW’s first three-row SUV, the writers of NWAPA chose a vehicle that was designed specifically for the American market. It has proven to be one of the automaker’s leading sellers since its official introduction last July as a 2018. Indeed, with the redesigned Tiguan, also a three-row, intermediate-sized sport-ute, SUV’s make up nearly 50 percent of the automaker’s monthly sales total through April. The Atlas is competing strongly against some entrenched competitors like the Toyota RAV4 and Highlander, Honda’s CR-V and Pilot, Nissan’s Rogue, Hyundai’s Sonata, BMW’s X family of SUVs, and more.

Its popularity and sales strength show that the automaker was right in attempting to find a niche in this super-hot market. Buyers like apparently like the variety they find as there are five trim levels available – S, SE, SE with Technology, SEL, and the SEL Premium. Atlas is also available with all-wheel-drive – VW’s 4Motion® system. Pricing for the Atlas is in line with the competition as its suggested retail starts at $30,750. Buyers have a choice of two engines, a 2.0-liter turbocharged four and a 3.6-liter V-6.

Atlas is built exclusively in VW’s redesigned Chattanooga plant which also builds Passats and other models.

LG's New EV Battery Plant Is a Welcome News for Tesla
Tesla Giga Berlin's New Hurdle: It's Not Only the Gov't, but Now Tesla Itself
END_OF_DOCUMENT_TOKEN_TO_BE_REPLACED