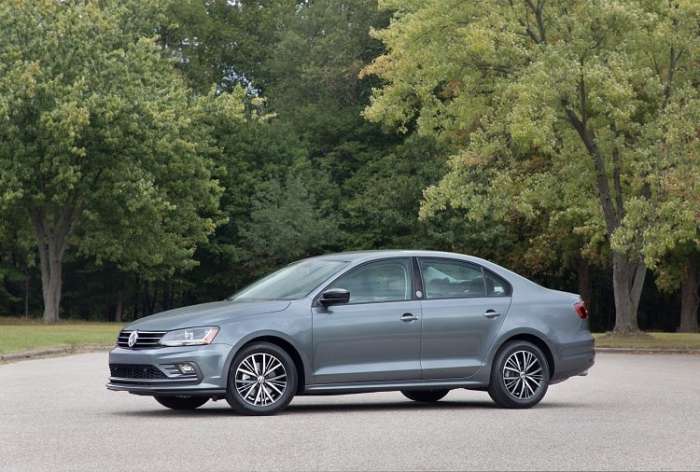 For the 5th time, Volkswagen's Jetta received honors as the most appealing vehicle. The J.D. Powers Study made its findings based on 67,000 new-car owners responses from February to May.
Advertisement

For the fifth time, a Volkswagen product – the restyled 2018 Jetta – has been named the most appealing Compact Car by J.D. Power in its 2018 Automotive Performance, Execution and Layout (APEAL) survey. Eighteen vehicles were competing in this hotly contested category.

Also, Volkswagen products received honors in their respective categories. In the Compact Car category, the study ranked the Golf second in this category. And, the Tiguan received honors for its second-place in the Compact SUV category. Atlas, the Chattanooga-built Midsized SUV improved its ranking three positions to 18th in the study. VW’s products outpaced the industry average, outpacing the industry year-over-year in improvements.

Referring to the Jetta’s singular honors, Werner Eichhorn, the automaker’s sales chief and marketing officer, North American Region, said “This award further validates the Jetta as an exceptionally competitive offering in the compact sedan segment. The all-new 2019 Jetta recently joined the lineup and we hope it will be as successful as the previous generation.”

How The Power Survey Works

Powers’ APEAL Study looks at how rewarding a new vehicle is to own and drive, based on owners evaluations of 77 vehicle attributes in 10 categories. The 2018 APEAL looks at the on February to May responses of more than 67,000 purchasers and lessees of the new 2018 model-year cars and trucks. The study looked solely at the 90-day responses of the 67,000 owners. For more information, at the Powers Study: J.D. Powers APEAL Study Makes Its Findings

Elon Makes a Cybertruck Statement With an Action, But Quiet in Words
Tesla's Record Month in China: Doubled Registrations in March 2021
END_OF_DOCUMENT_TOKEN_TO_BE_REPLACED