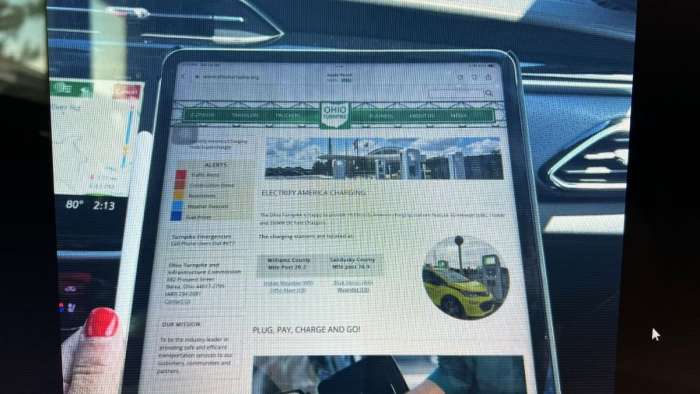 Auto companies are investing billions so the infrastructure is coming, but it does not yet support a lot of cross country travel.
Advertisement

The automakers are convinced that electric vehicles are the future of transportation, but the U.S. still has some growing pains to get through as it expands the EV charging network. A friend posted to Facebook about the frustration they are having with a new Chevrolet Bolt.

“Driving our new Bolt to Pittsburg, (sic)
It would help if the charging stations listed on Ohio Turnpike’s website were actually up and running #HopeWeMakeIt”

There are popular charging apps that are designed to help EV drivers find the closest EV chargers. Many people have found Chargeway and A Better Route Planner to be effective. The truth is that most drivers don’t take cross country trips. Most people stay within 100 miles of their homes. But if drivers are going to be forced to switch to EVs eventually, the charging networks have to be expanded and improved.

Just two weeks ago, I reported that GM is partnering with one of the largest gas station groups and EVgo to build a quick-charging network for electric vehicles, like the 2023 Cadillac LYRIQ. The lack of easy and quick charging stations has been a huge drawback in trying to convince people to buy electric vehicles. The new chargers will be built at Pilot and Flying J gas and travel centers. The 2000 quick chargers will be installed and maintained by EVgo which is already partnering with GM on EV charging stations.

The 2000 new quick chargers will be installed primarily along highways, giving electric vehicle drivers access to charging, much like the gas stations are available for traditional vehicle drivers.

At the time, GM Chair and CEO Mary Barra said,

“We are committed to an all-electric, zero-emissions future, and ensuring that the right charging infrastructure is in place is a key piece of the puzzle. With travel centers across North America, Pilot Company is an ideal collaborator to reach a broad audience of EV drivers.”

“GM and Pilot Company designed this program to combine private investments alongside intended government grant and utility programs to help reduce range anxiety and significantly close the gap in long-distance EV charger demand,” said Shameek Konar, Pilot Company Chief Executive Officer. “Our travel centers are well-equipped to accommodate EV charging with 24/7 amenities and convenient proximity to major roadways across the country. We look forward to collaborating with GM and the U.S. Department of Transportation to make convenient coast-to-coast EV travel a reality through our national network of travel centers.”

The EV charging network is coming, but until then range anxiety still needs to exist.