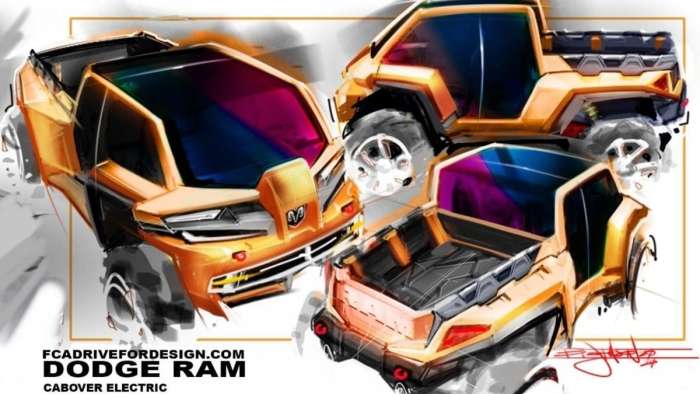 What Fans Think Future Ram 1500s Should Look Like

FCA design leaders Ralph Gilles and Mark Trostle issued a challenge. They wanted to see your radical designs for future generations of the Ram 1500. See the winners of the sketch battle.
Advertisement

I told you last week that Fiat Chrysler’s design leaders Ralph Gilles and Mark Trostle wanted to see your sketch for a radical next generation Ram 1500. According to Ram, “They want to see your wickedest and most outrageous designs for a Ram truck.” It was called the 24-hour Drive for Design Sketch Battle. Some of the designs are quite futuristic. 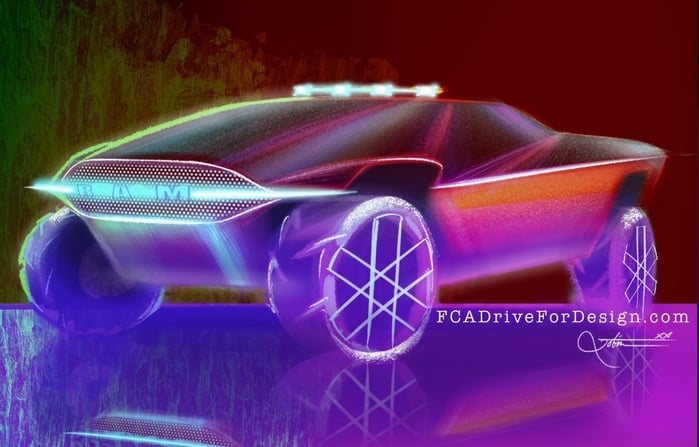 It started as part of annual Drive for Design contest that exists for high school students but expanded much further. They made it a world-wide sketch battle. They received more than 200 entries. Now, they have posted the winners on the FCA Facebook page. See what you think of the 10 artists’ views of the Ram 1500’s future. 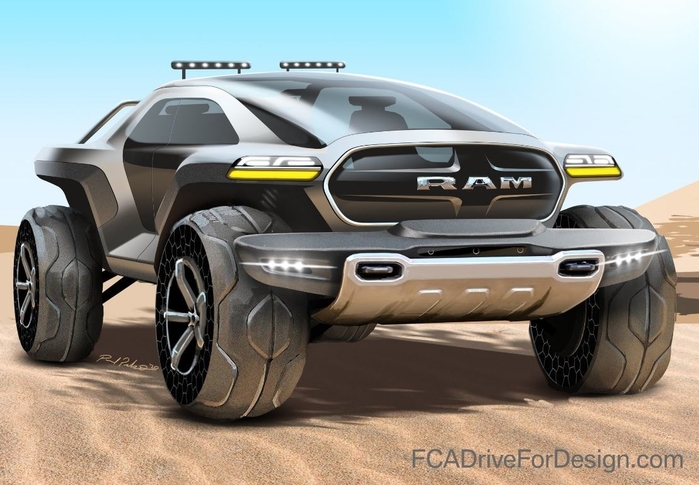 Ralph Gilles who is the head of design for FCA overall is brilliant. Gilles is credited with designing the Chrysler 300 sedan that re-energized the Chrysler brand. Gilles also led the team that designed the Dodge Viper. He is well-known in the industry for encouraging young designers and keeping an open mind on what vehicles should look like in the future. The automakers typically are looking several years down the road as they prepare designs for future vehicles.

The Ram 1500 has won more awards than most other vehicles in history. It had a major design overhaul before the 2019 debut. The new Rams are often praised for their improved interiors, as well as innovative storage. The Ram 1500 has even won awards as a luxury vehicle because of its upgraded leather and real wood-trimmed interiors. 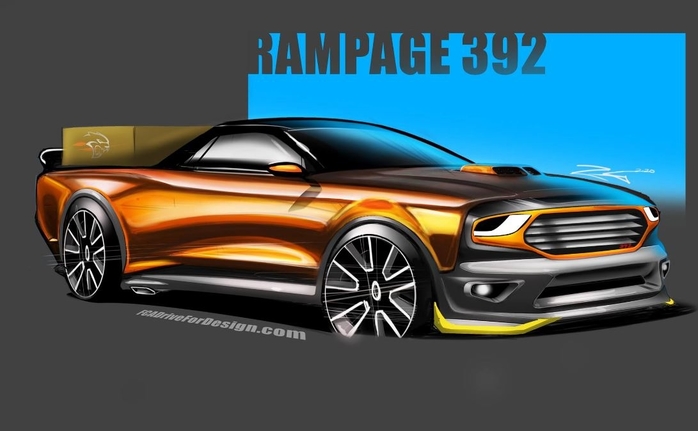 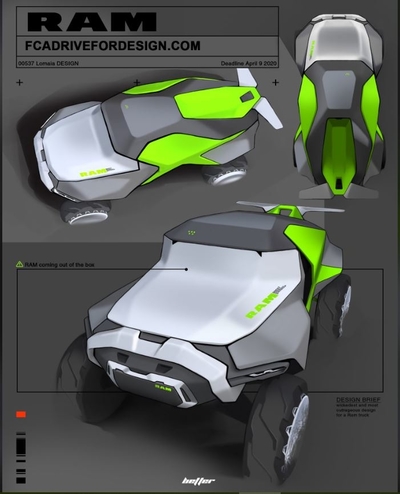 Mark Trostle is now the head of Ram and Mopar design. He knows that vehicles like the Ram 1500 are the new family vehicles. The trucks have to be functional for work and for families. In an earlier interview, Trostle said that the Ram is more than just for towing and work, it has become a lifestyle vehicle. 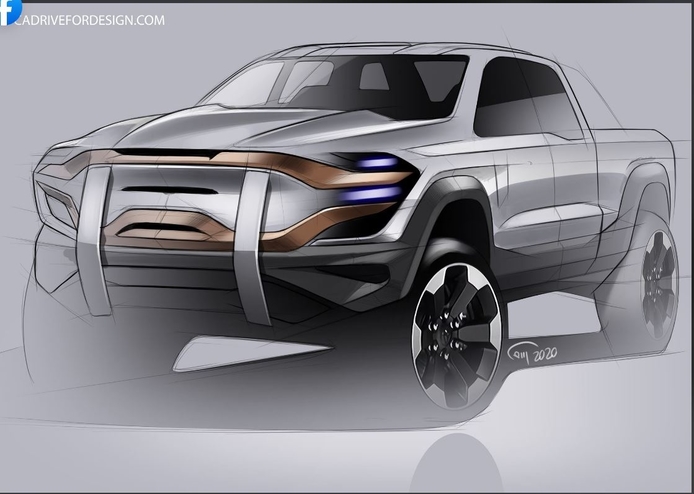 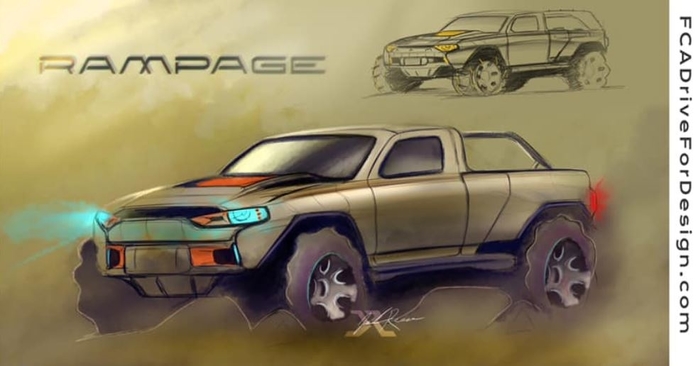 New vehicles rarely look like their design sketches. However, the vehicles often include major characteristics captured in the sketches, like dramatic fender flares, or sweeping body curves. 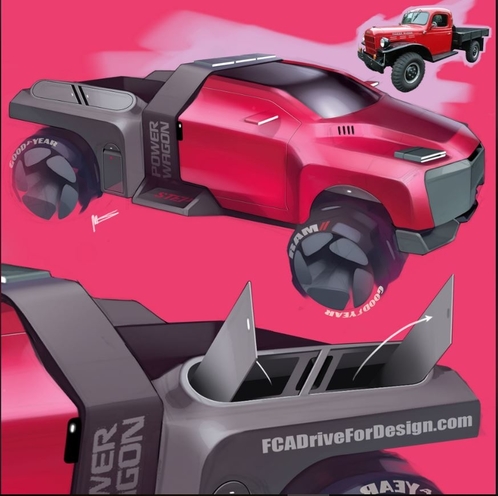 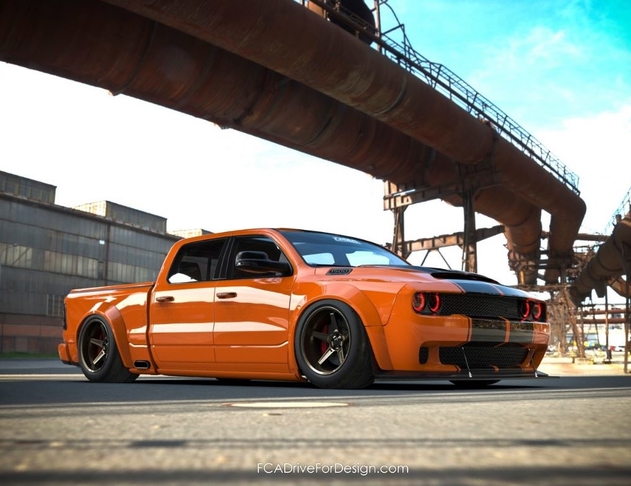 High school students can also still enter the official Drive for Design contest that runs through April. The students are asked to design the next-generation Ram truck. The students are asked to consider what the Ram truck will mean for the future of transportation. Ram wants to see how students envision that type of vehicle in the future. The top three finishers in the Drive for Design contest win a trip to FCA’s design studio and a scholarship to the world-famous College for Creative Studies Precollege Summer Experience Transportation Design program. Students are encouraged to enter the contest by visiting FCADriveforDesign.com