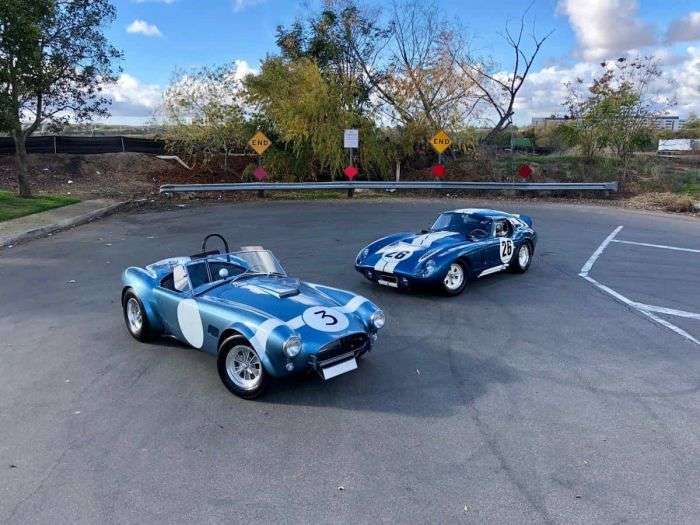 Team Shelby is Inviting Fans to a Grand European Tour

Team Shelby is hosting a Grand Tour of Europe with two of the most important automotive events in the world - the Le Mans Classic in France and Goodwood Festival of Speed in the UK.
Advertisement

Carroll Shelby was race car driver and auto designer who is best known for his AC Cobra and souping up Ford Mustangs. His creations, which became known as Shelby Mustangs, are legendary. Popular in the late 1960s and early 2000s, Ford is currently working on a 2020 Ford Mustang Shelby GT500.

Now the company that bears his name (Carroll died in 2012) is organizing a grand tour of Europe focused on two major racing events. Executives from Shelby American will join enthusiasts at the Le Mans Classic in France and Goodwood Festival of Speed in the UK.

Historic Spots on the Racing Circuit

The tour will be relatively expensive at $2,495 per person, and that doesn’t include airfare to get there or your hotels or rental car. The itinerary is a race lover’s dream. According to the brochure, “The Grand Tour Europe will begin July 4 in Rotterdam, Netherlands and conclude - for those taking part in the entire journey - on July 15 in Southampton. In between are parties, two days in the Le Mans area, two days in Paris, and tours of the historic Spa circuit, Ford's European Proving Grounds and a private tour of the Beaulieu Motor Museum.”

Shelby is contracting with a travel agent that has arranged blocs of hotel rooms, and will make travel arrangements to streamline the process. They have also set up options to ship your car to Europe or rent a fun car for the trip. Like I said, it will be expensive, but it should be fascinating if you love racing and racing history.

Shelby has also made it possible to join the tour anywhere along its itinerary. You can opt to just join for a certain leg of the trip. The Team Shelby Le Mans Classic Experience, in France, from July 6th - 9th will set you back $1,350 per person.

Shelby often said that the highlight of his racing career was in 1959 when he drove an Aston Martin DBR1 to victory in the 1959 24 Hours of Le Mans with a teammate. Many said he patterned the AC Cobra after another vehicle in the race, an English GT.

Obviously, the tour will highlight Le Mans as well Goodwood Festival of Speed in Great Britain. Along the way, participants will travel through four countries, Netherlands, Belgium, France and England. You will have the chance to drive through the Chunnel from France to England. A number of events will feature members of the Mustang and Shelby Clubs of France.

It will be a fascinating tour opportunity and it features the Ford Proving Grounds, in Lommel, Belgium. I’m surprised in a way that Ford isn’t also promoting this tour as a way to honor the upcoming Ford Mustang Shelby GT500. Although few details have been released about the new performance car like MPG and price, the European tour seems like a perfect tie-in to promote the love of all things Shelby.