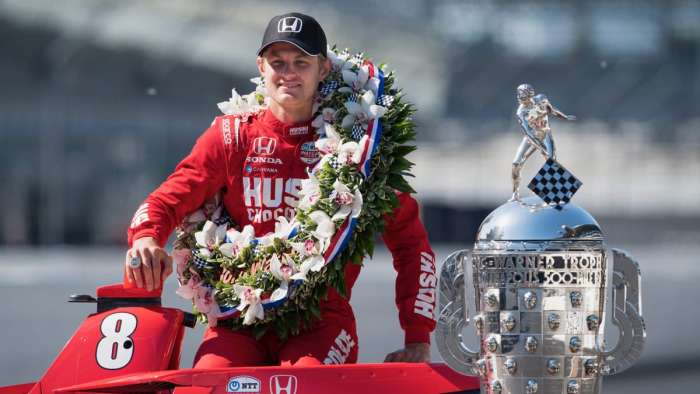 A restart with only ten laps to go made for a dramatic race finish.
Advertisement

Driver Marcus Ericsson, originally from Sweden, overcame a late race restart to win the 106th Indianapolis 500. Ericsson was driving the number 8 car for Chip Ganassi Racing. Ericsson led only 13 laps in the race, but he led the ones that counted at the end. It is Honda’s third consecutive win at Indy.

“You know, it’s the biggest race in the world and to win is just an incredible feeling. The way we had to it – with the pressure (of the late-race restart) at the end – it was a very tough finish. I needed all that Honda power to be able to pull it off! So, we’re very, very thankful for that. It’s just an incredible feeling. We’ve been strong all month, both our Ganassi cars and all the Honda cars. We’ve been the ones to beat, to be honest. To end up in Victory Lane, it’s just a dream come true.”

What’s Next in the INDYCAR Series

In addition to being an Indianapolis 500 champion, Marcus Ericsson also takes the lead in the 2022 INDYCAR championship points after six of 17 races.

The NTT INDYCAR SERIES continues next weekend with the action moving to Detroit. The Detroit Grand Prix race weekend, runs June 3-5, on the Belle Isle street circuit in Detroit, Michigan.